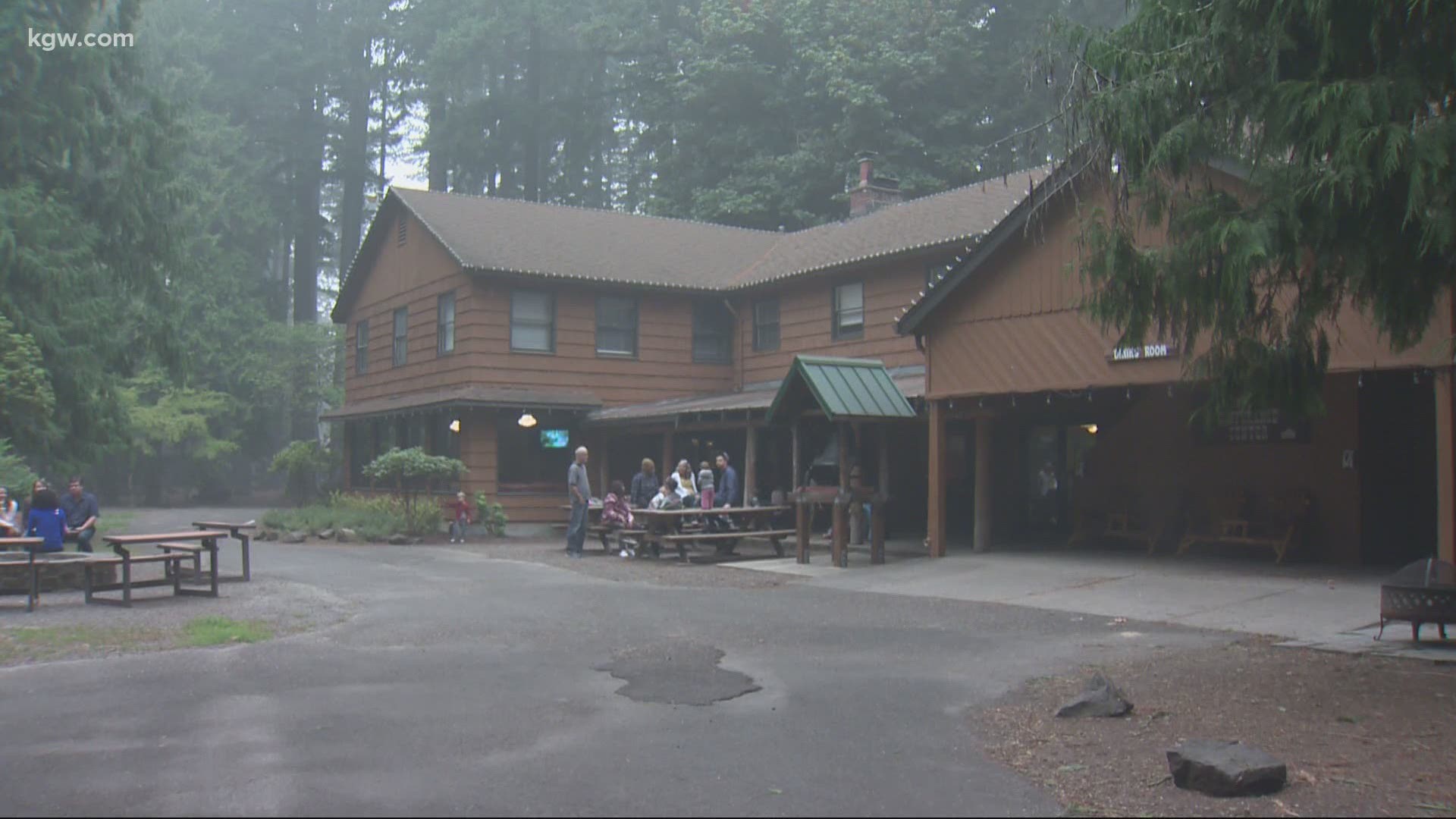 CANBY, Ore. — A big weight is off the shoulders of people living in Oregon City, Sandy and Canby-- who can relax a little now that their evacuation level has been downgraded to level one.

Grant and Brittany Robinson are part of a tight-knit family.  "We have our own little community you know outside of Molalla and it’s kind of just like a little paradise out there," said Robinson.

That paradise quickly turned into a nightmare when smoked filled the skies as wildfires encroached on their properties. “We had no idea there was even a fire in the area," said Robinson. "It just came on so quickly and next thing we know we’ve got a sheriff at our door telling us we’ve got to go, and we’ve got to go now.” The couple left with their kids and so did the rest of the family, who lives within a couple of miles from each other.

They found refuge with friends - Angie and John Anderson at Canby Grove Christian Center. At Level 1, the Andersons were not worried about the fire reaching them.

"We got particularly hit hard by COVID being a camp that’s focused on groups and outdoor events, so for this fire we just happened to be open and available," said Anderson. The couple was focused on turning Canby Grove into a welcome center for evacuees when their own evacuation level in Canby was raised. "When we got called into a [Level] 2, I was like, oh how much help are we to anybody because we may get evacuated as well.”

The worry was short-lived, Canby moved to a Level 2 evacuation Thursday and dropped back to Level 1 Saturday  — a sign the threat is easing in the community. Changing weather conditions prompted the decision and also helped save the Robinsons' home. "We just started praying and praise the Lord, the wind stopped it was on a direct path right towards our house."

With no imminent threat, the Andersons are happy to shift their focus from worry to service, building a tight-knit family of friends, strangers and anyone in need.

RELATED: Tens of thousands evacuate due to fires spreading in Clackamas County