June 20, the summer solstice, is 'The Longest Day' of the year. It's also the same day that one non-profit raise funds and awareness for Alzheimer's. 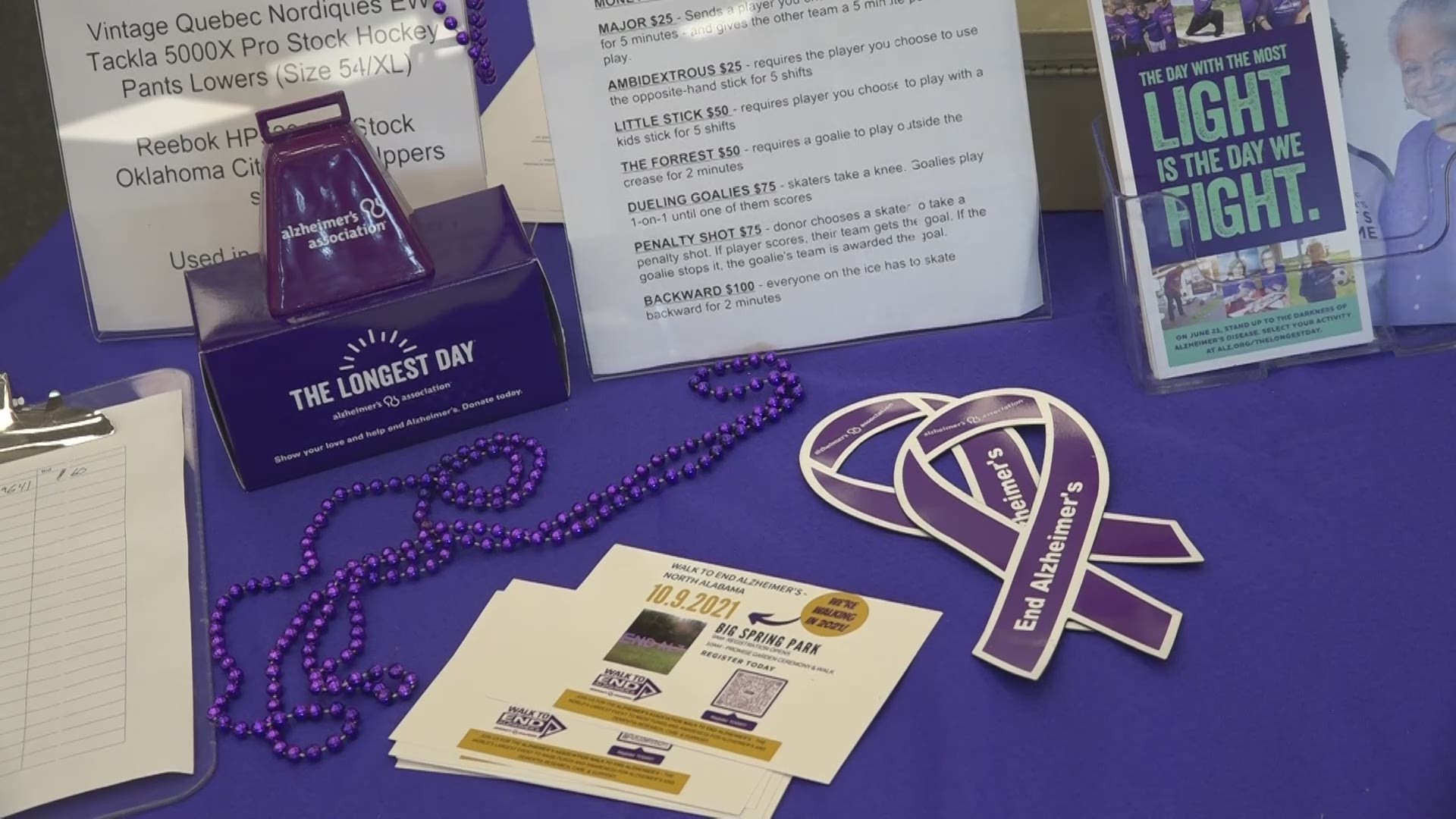 Groups from Alabama and beyond are using activities they're involved in to raise money on 'The Longest Day' and part of the local hockey community comes together to play a very... long... game...

"We're playing the 12-hour hockey game, it's the longest hockey game in the history of Alabama, to my knowledge, and probably the South, I can only find record of one longer hockey game in the US," said Justin Lucas, young professionals board member of the Alzheimer's Association Alabama Chapter.

RELATED: Monday will be the darkest day of the year but the Alzheimer's Association is bringing light to the night

"'The Longest Day' started as a way to honor caregivers, people who are caregiving for people with Alzheimer's and dementia, since every day is the longest day if you're living with Alzheimer's or you're caregiving for someone," said Manning. "So, that started several years ago as a way for us to honor our caregivers and it's just exploded into these amazing events and activities that happen all over the United States. Justin Lucas, who's on our Young Professionals Board, plays hockey and so he rallied his troops in the hockey community in Huntsville and all decided to start planning this game and they've pulled it together pretty quickly and have already raised over $7,500 today so they're doing great."

"We've got such a great hockey community here in Huntsville, that I knew that, you know, if we started an event like this that it would be very popular and we'd have a lot of people wanting to play and I think we've got around 100 players, volunteers, officials and everything like that so there's a lot of people involved and I'm just very grateful for everybody, showing out to support the cause," said Lucas.

Lucas not only has a personal tie to hockey and the association, he also has a connection to the disease itself.

"When I was first asked to join the YP board of the Alzheimer's Association I was just honored and jumped at the chance because I recently, you know, lost a family member to Alzheimer's a couple of years ago so you know I just think it's an important cause and thought that this was a great way to raise money," said Lucas.

If you would like to donate to the Alzheimer's Association but didn't get a chance to do so today, visit the non-profit's donation webpage.

RELATED: Alzheimer’s Conference educates caregivers and community about the disease