"It was like I was the only person that knew this was happening," said NASA astrophysicist Dr. Colleen Wilson-Hodge. "I still feel that kind of e...

Dr. Colleen Wilson-Hodge’s story is a story of discovery. The UAH alumna and NASA astrophysicist’s curiosity hasn’t just taken her into the very essence of the stars, it’s led her to discover new ones.

But before winning the top prize in high-energy astronomy, Wilson-Hodge’s interest was encouraged simply with a gift.

“My parents got me a cheap telescope and I remember looking at craters on the moon with my dad,” she recalled.

Fast forward to 1999. That’s when Wilson-Hodge made a discovery that led her to find two new stars.

Her excitement carried her to another breakthrough. In 2011 she and her team found that the constant scientists were going by was wrong.

“The Crab Nebula was fading,” she said. “Think of it as a meter stick and your meter stick’s just gotten shorter by seven centimeters. Because we measure things in crab and milicrab units.”

This may seem like enough achievements for one woman, but last year Wilson-Hodge and her team won the top honor, the Bruno Rossi prize, for what’s been called one of the “most momentous” astronomical discoveries. They detected the first light and gravitational waves at the same time.

“It was just so cool!” Wilson-Hodge said about the discovery.

Wilson-Hodge’s favorite part is digging into the data. What may be the most exciting is infinite realm of possibilities.

“We’re getting everything ready so that we can be ready for the next big event,” she said. “There may be something entirely different that we haven’t quite thought of yet. So we’re excited to see what we’re gonna see.”

The journey to discovery isn’t all smooth sailing. The face of scientific milestones also discovered things about herself along the way.

“That’s something I’ve learned going through it. I’ve had people tell me that I couldn’t do something or maybe I wasn’t capable enough and if I was able to keep pushing myself and keep doing it I found that they were wrong,” Wilson-Hodge said.

An example of that…

This astrophysicist is setting the pace for leaders in her field and encouraging more of those leaders to be women who believe they can get there.

“There are great days where everything’s going right and there’s something new and exciting,” Wilson-Hodge said. “And then there are days when everything’s going wrong, but just like the race, get through those rough days and there will be more good ones ahead.”

In the face of the unknown and even what is known…

“Sometimes things you think you know aren’t quite right, like the Crab wasn’t constant,” she said.

Wilson-Hodge is pushing the boundaries and forever chasing the next discovery.

“There’s always room for discovering new things and finding something new,” she said.

And you’d better believe it, there’s always more to discover.

Wilson-Hodge says there are more women in her field now than when she began her career. She encourages more women to join and be a part of the next big discovery. 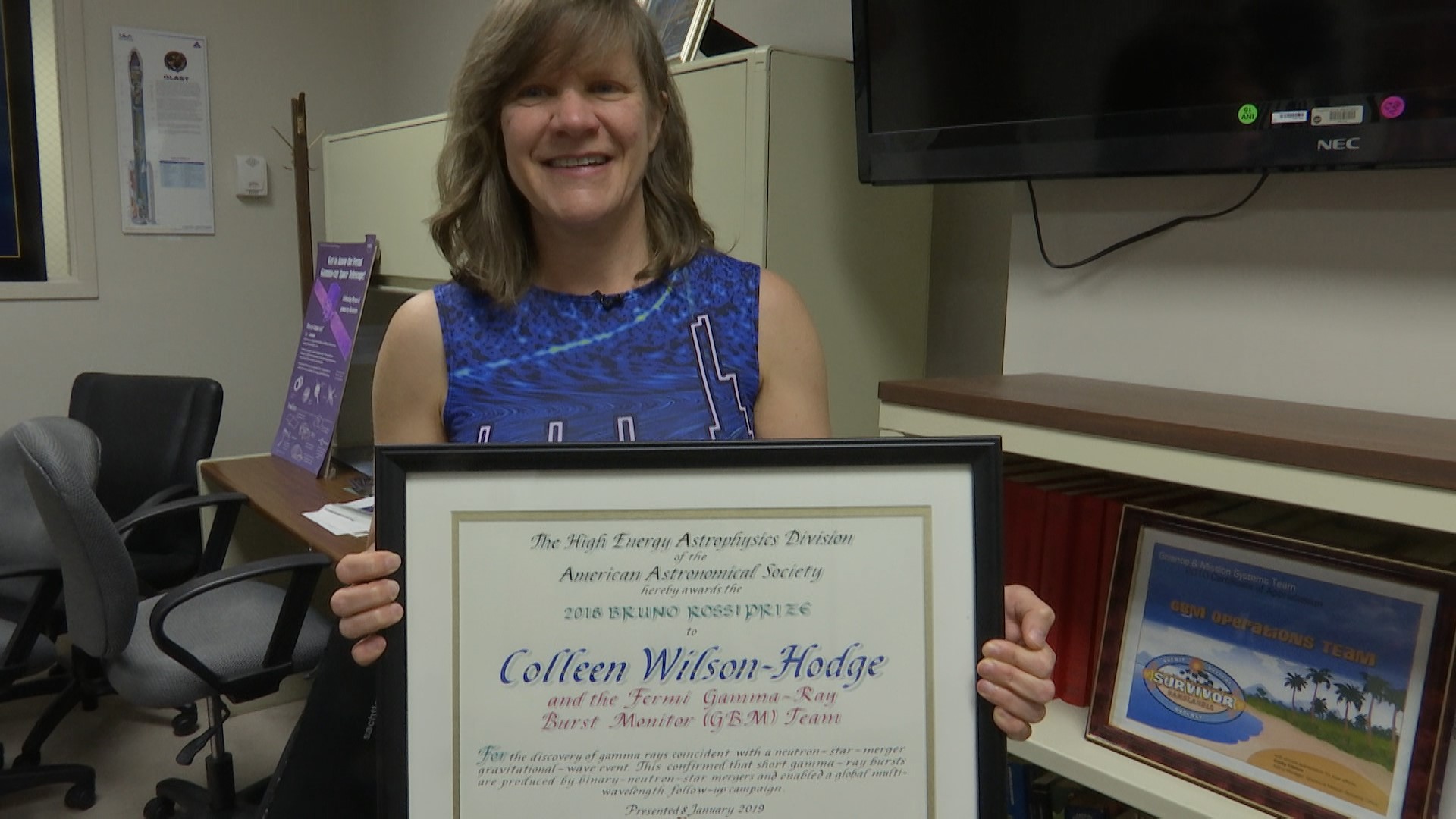