A Huntsville woman has a warning for you after her ceiling collapses. 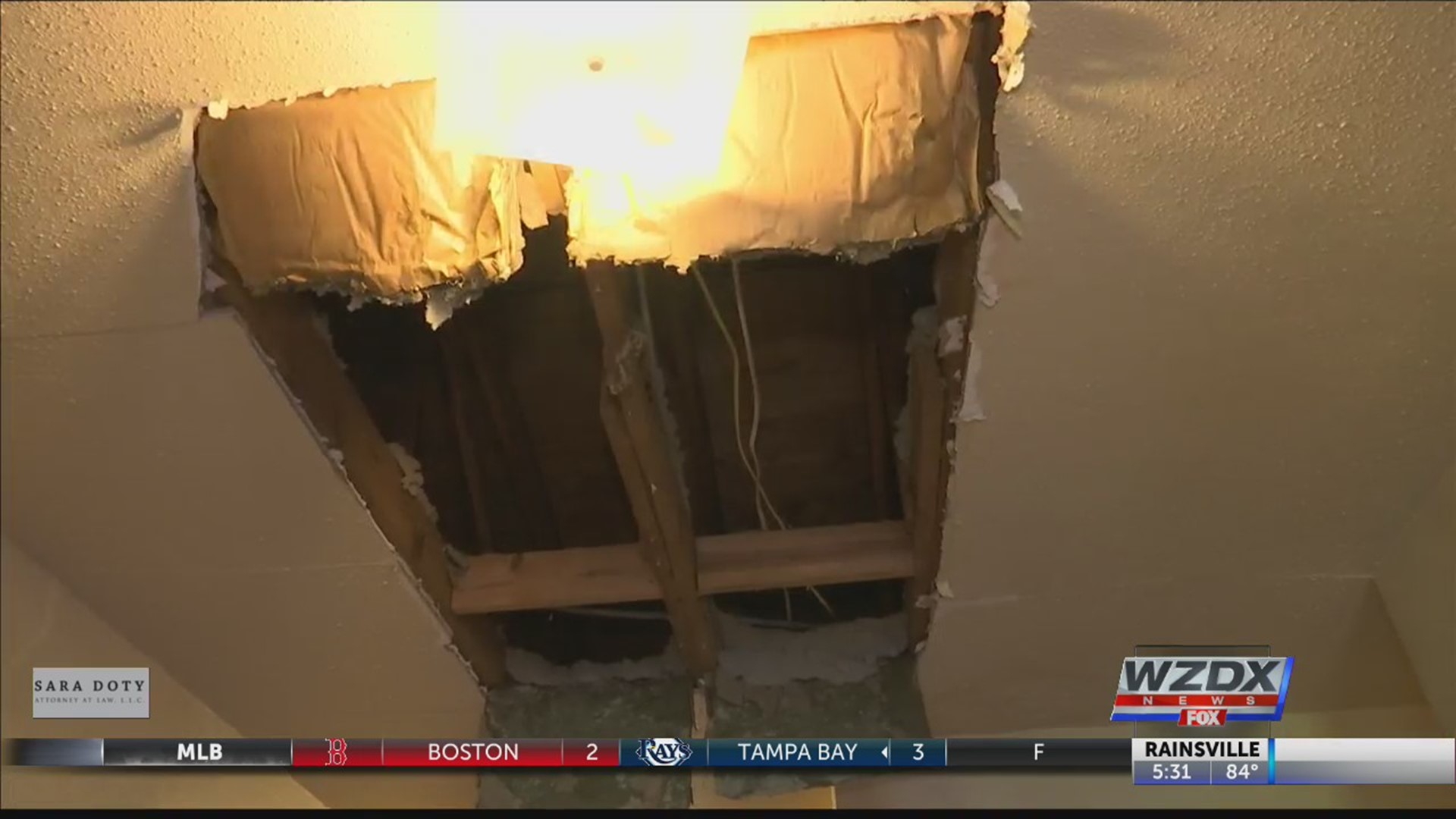 A Huntsville woman has a warning for you after her ceiling collapses.

There’s now a seven-foot hole in the ceiling of her public housing apartment in the Northwoods Community. Everyone is okay but the woman who lived there fears it could have been deadly.

Ten minutes before the ceiling fell she was cleaning the floor right under it and just days ago her grandchildren were playing there. She showed WZDX News a picture of a baby in a baby walker directly under the hole.

“Be careful ’cause you never know when another clump will come back down,” said Dee Johnson, talking about the insulation in the air. She’s the Northwoods community president and goes by Miss Dee.

There had always been cracks in Miss Dee’s friend’s apartment, but they never expected this.

“Everything just broke,” said the woman who lived there and doesn’t want to be named. “My aunts are dead, I had some of their little things in there.”

“I was just talking when I was here on Saturday,” said Miss Dee. “About this crack coming around the light. She said, ‘yeah I been noticing new cracks.'”

Miss Dee says the older apartments were built in 1959. She and the movers guess the insulation in the ceiling had seen plenty of those years too. They’re worried about it having asbestos.

“When it turn like this that means it needs to be changed,” added a mover, pointing to the insulation.

Flooding hit the apartment and others hard in 2003 but there’s no word yet on if that played a role in the ceiling collapse. Miss Dee was told another ceiling caved in last weekend in the neighborhood, but Huntsville Housing Authority didn’t confirm that nor did they answer WZDX News’ questions about if they would be inspecting apartments.

“That happened to her, that could possibly happen to me or anyone else out here,” Miss Dee said.

“Do you think they will be checking other ones and taking concerns more seriously?” WZDX News asked.

“I think they will,” Miss Dee replied. “If I happen to call in and say, ‘look my ceiling is cracking more,’ I think they will probably have someone come out and inspect them and make sure this is not about to happen to someone else.”

Miss Dee says the housing authority responded quickly. Still thinking of her friend’s grandchildren, she has a warning for others: See to it that your home is fixed.

After nine years of living in the apartment she’ll now be living down the street. 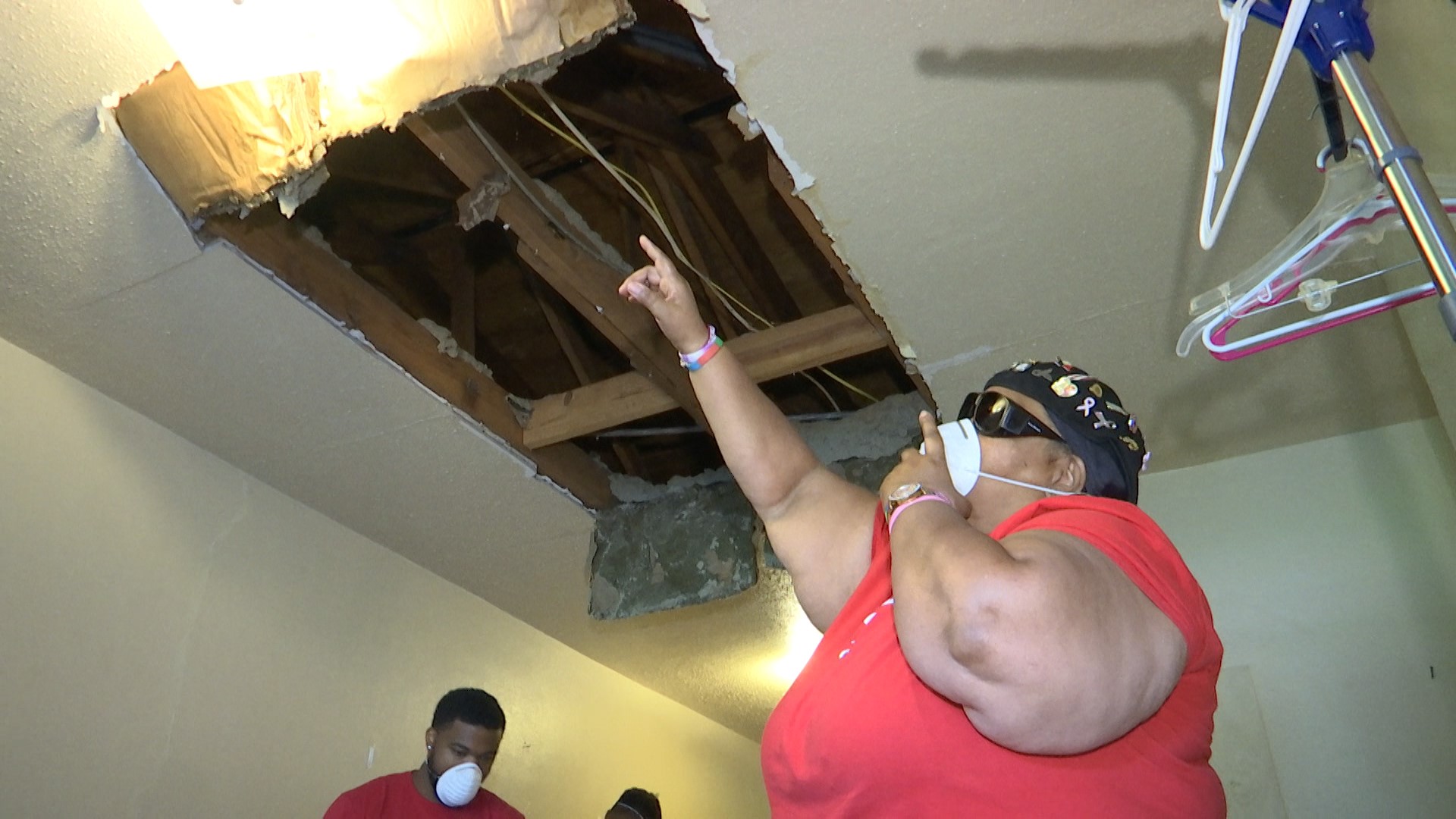