Huntsville Police report that the suspect in the Oct. 4 robbery at a Huntsville GameStop is in custody. 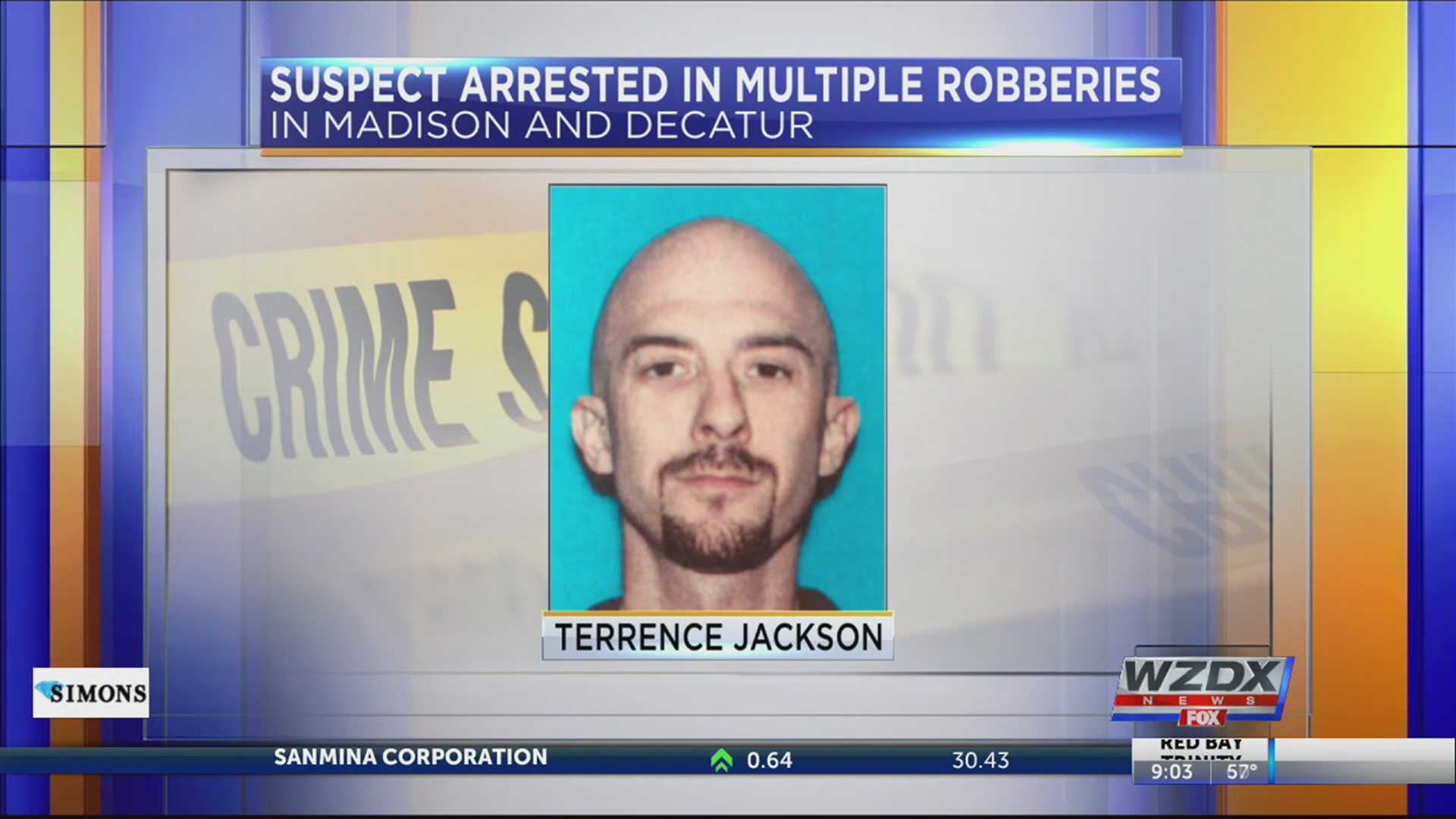 UPDATE (10/13/19): The Madison County Sheriff’s Office reports that Terrence Warren Jackson, 41 of Huntsville, has been charged for multiple robberies in the Decatur and Madison area that took place Thursday, Oct. 10.

Jackson was located and arrested in Mobile Friday, Oct. 11 and will be transported back to Madison county to face multiple felony charges.

Madison County Sheriff’s Office Investigators and FBI Agents with the North Alabama Violent Crimes Task Force started the joint investigation after three businesses were robbed, two in the City of Madison and one in the City of Decatur, Thursday night.

After linking Jackson to the crimes, the MCSO SWAT team and the FBI issued a search warrant of Jackson’s residence in the 3000 block of Fouche Drive in Huntsville. Jackson fled the home prior to the SWAT team’s arrival, but authorities found multiple stolen items at the residence.

Huntsville Police reported Friday, Oct. 11, that Jackson was arrested for the Oct. 4 armed robbery at the GameStop on Carl T. Jones in Huntsville.

Huntsville Police report that the suspect in the Oct. 4 robbery at a Huntsville GameStop is in custody.

Jackson was captured in Mobile Friday, Oct. 11, with assistance from ALEA and the FBI.

Jackson is also a suspect in other robberies in North Alabama.