Industry leaders in aerospace from Alabama and across the country, including one of America’s heroes, former astronaut Buzz Aldrin, met at the Davidson C... 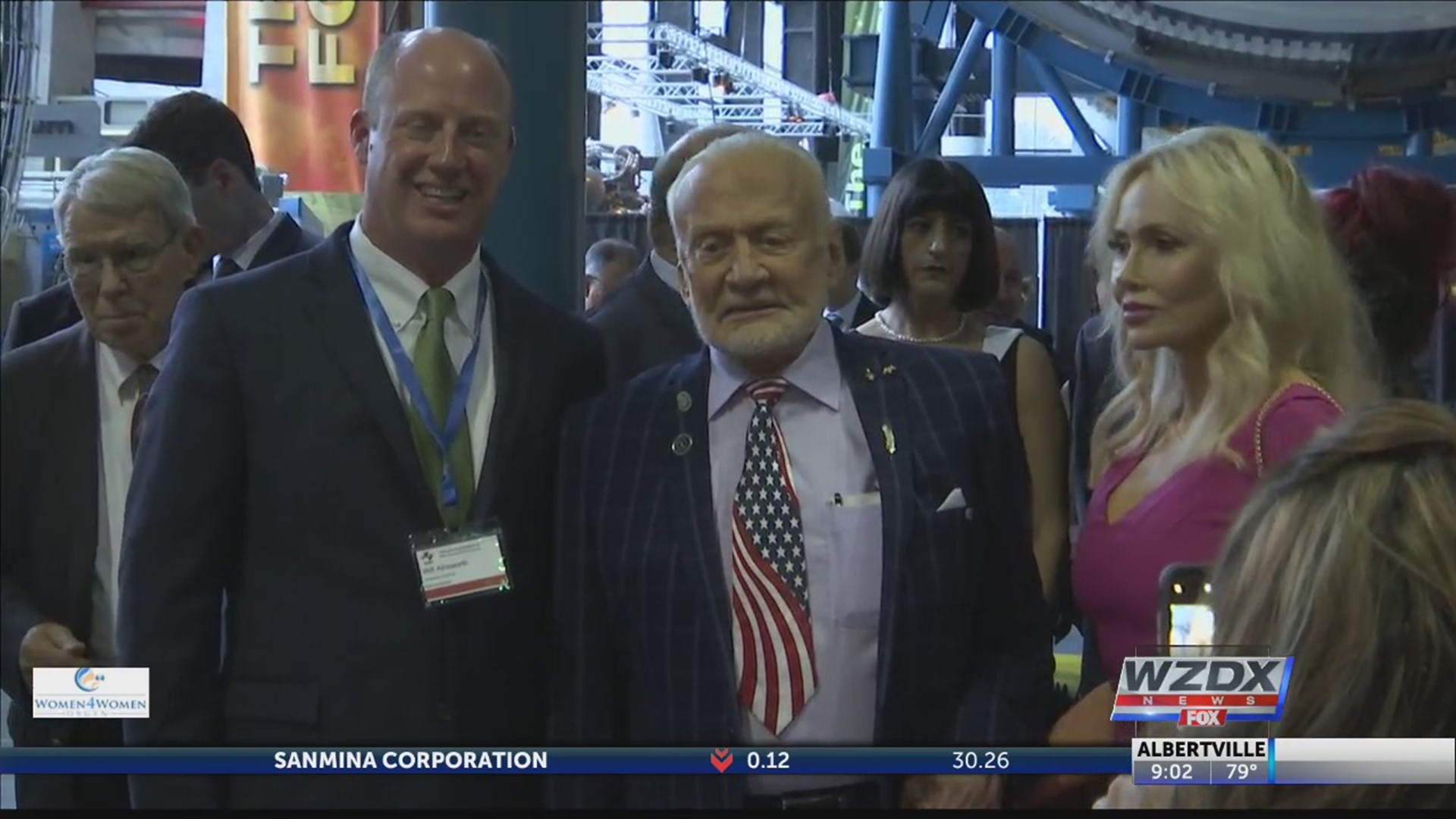 Industry leaders in aerospace from Alabama and across the country, including one of America’s heroes, former astronaut Buzz Aldrin, met at the Davidson Center Wednesday night for the Aerospace States Association Dinner. Aldrin stepped foot onto the moon 50 years ago and is in Huntsville for the Apollo 11 celebrations.

“If you look at what he was able to accomplish, we’re just so thrilled to have him in Huntsville, Alabama,” said Lt. Governor Will Ainsworth, who is Chair of the Aerospace States Association. “We’ve got the Vice Chair from Colorado. Governor Primavera is here. We’ve got state representatives and senators from other states coming to Alabama for two things — one, to learn about what we’re doing, and two, to collaborate with other industries, and three, just to talk about best practices in our state and how we can help each other.”

As the Apollo 11 celebrations continue, Ainsworth says what he’s excited about is what will be achieved in the future and the role Alabama will play in that.

Watch Aldrin just moments after his arrival at the Davidson Center: https://www.facebook.com/marystackhousewzdxnews/videos/410806362866401/