Brindlee Mountain Primary School in Union Grove has been heavily damaged by the recent storms. The back half of the building, where there cafeteria and gym once... 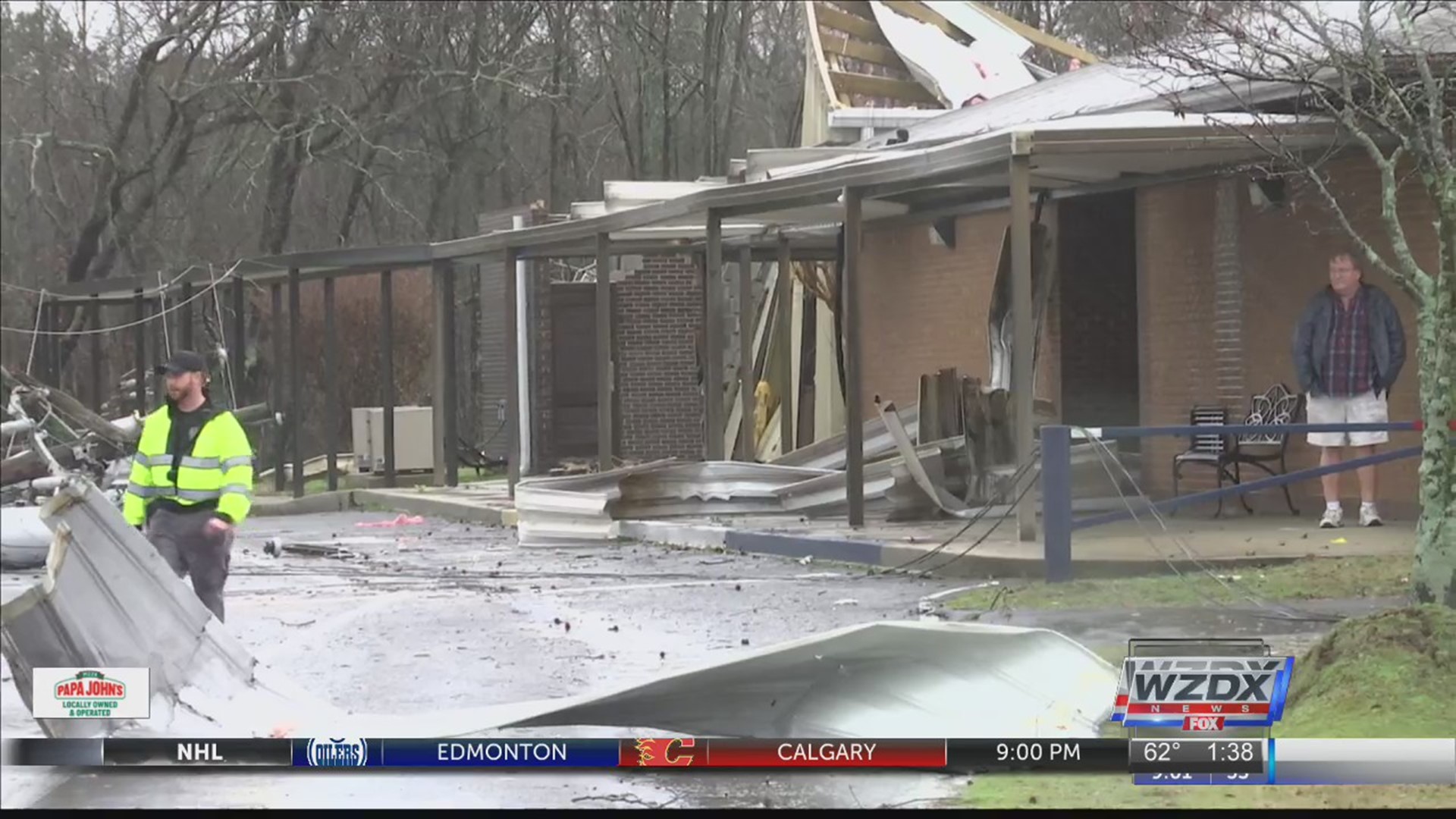 Brindlee Mountain Primary School in Union Grove has been heavily damaged by the recent storms.

The back half of the building, where there cafeteria and gym once stood, is almost completely gone. The roof was torn off the building and pieces of it thrown from the site.

The campus and the community have been completely turned upside down by the storm. Locals stopped by to check on the damage.

Tony Tooley, who lives across the street from the school tells us, “I was actually just outside, about a mile from here. I stayed outside the whole time this was going on. I didn’t see any wind, any strong wind– a lot of rain. But, I never expected to see this right here. This school has got a lot of damage.”

Brindlee- located just off of Marshall County Road 240, near Guntersville.

Power lines around the school were knocked completely over and laying on the ground. Crews responded to monitor the flow of power and make sure everyone stays safe.

Debris from the power lines, roof, and building insulation littered the front yard of the school. Some blown almost across the street into nearby homes.

Community members say they’re in shock but they have no doubt they’ll recover. Tony Tooley says, “With so much damage, they’ll have to look at it, see how bad it is and see if they’ll have to rebuild. Hopefully they will.”

No injuries have been reported at this time. But, people in Union Grove stopped by to check in, themselves, and see how they can help. They say, that’s just what they do.

The worst of the storm has passed. But a community says they’re going to stick together to pick up the pieces.

At this time we don’t have confirmation that the school was struck by a tornado. We won’t know until tomorrow when damage reports come in. 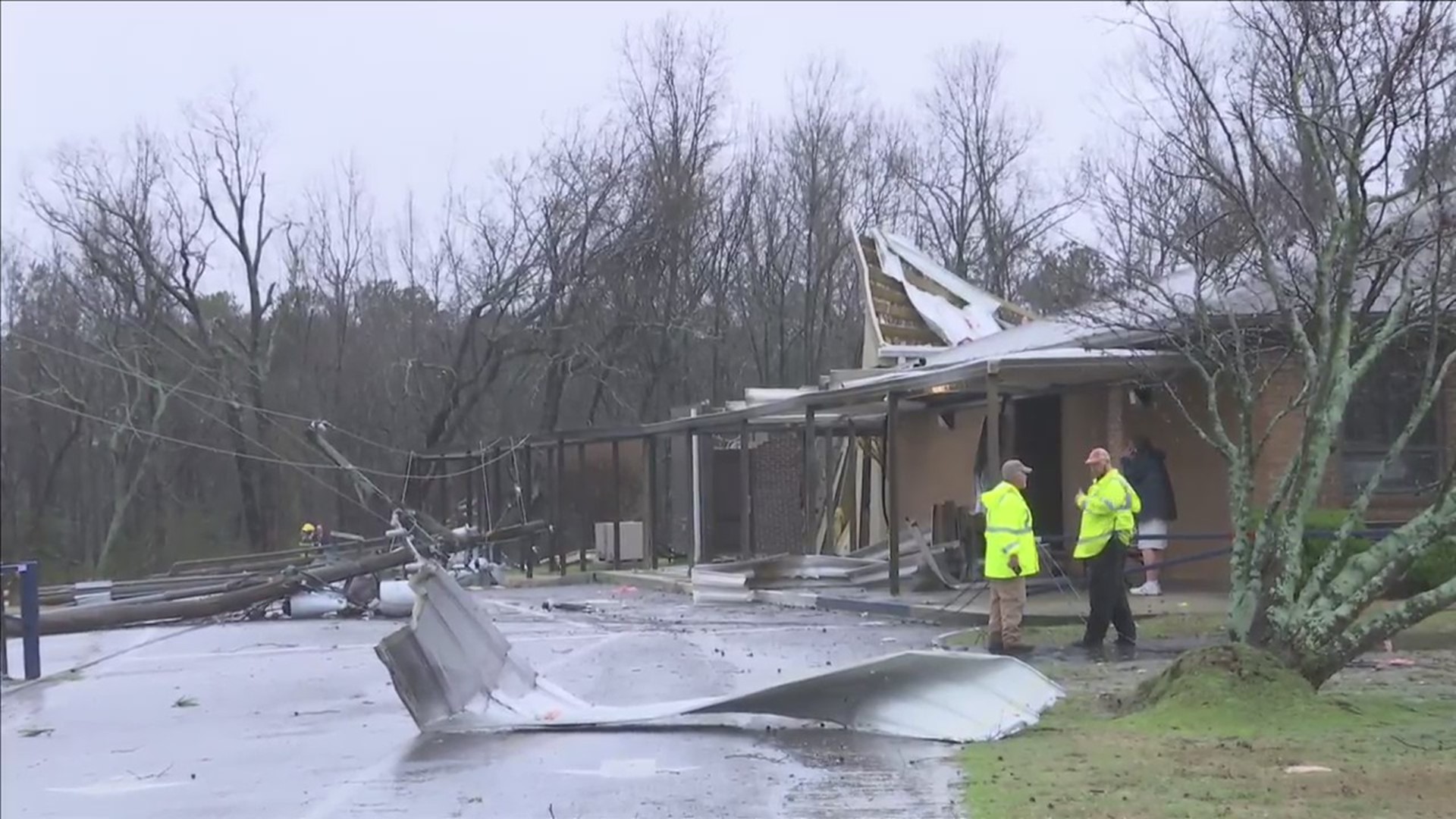 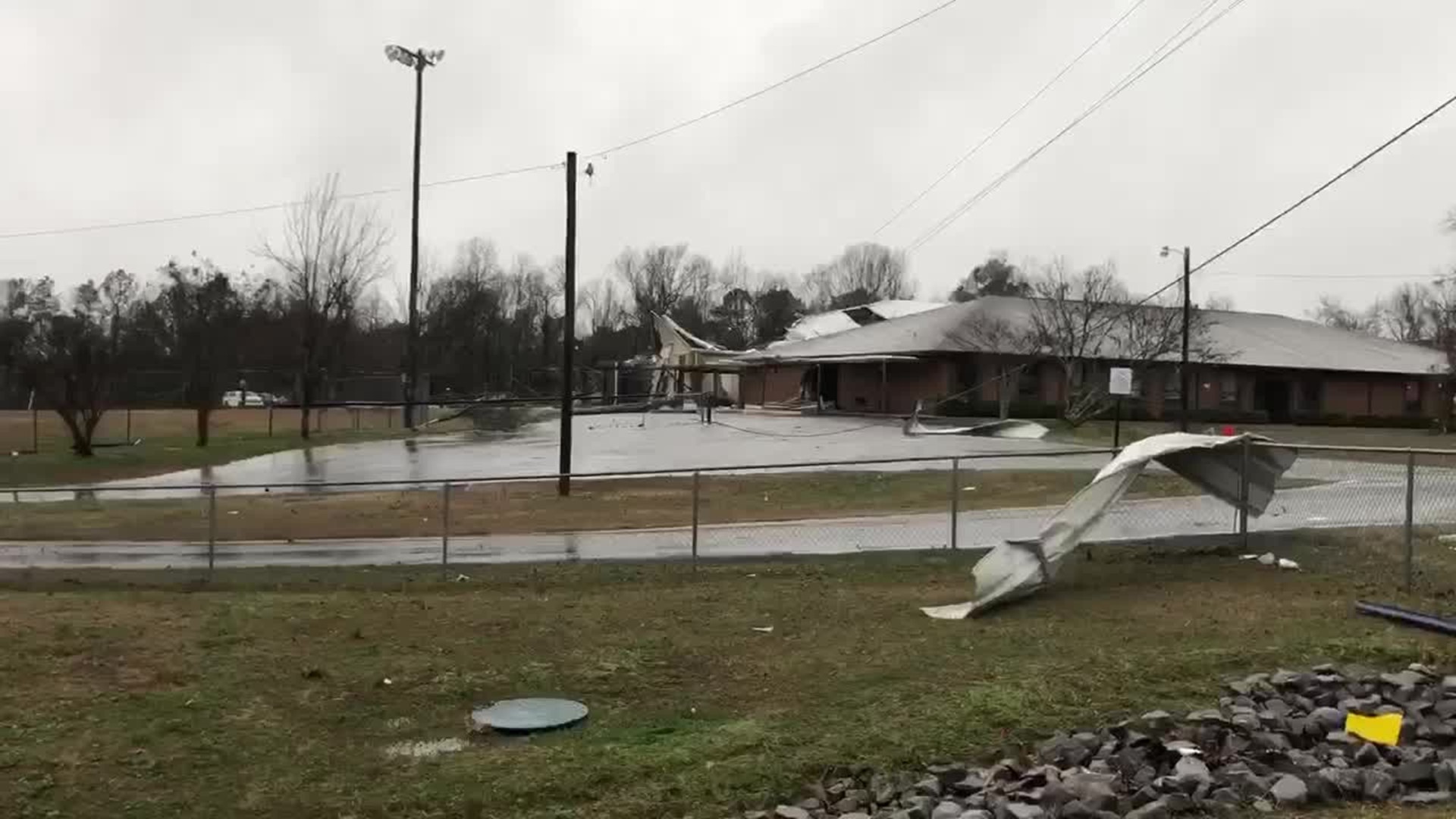