Hundreds of model rockets took to the sky in preparation of the 5,000 that will launch in July to try to break a world record. 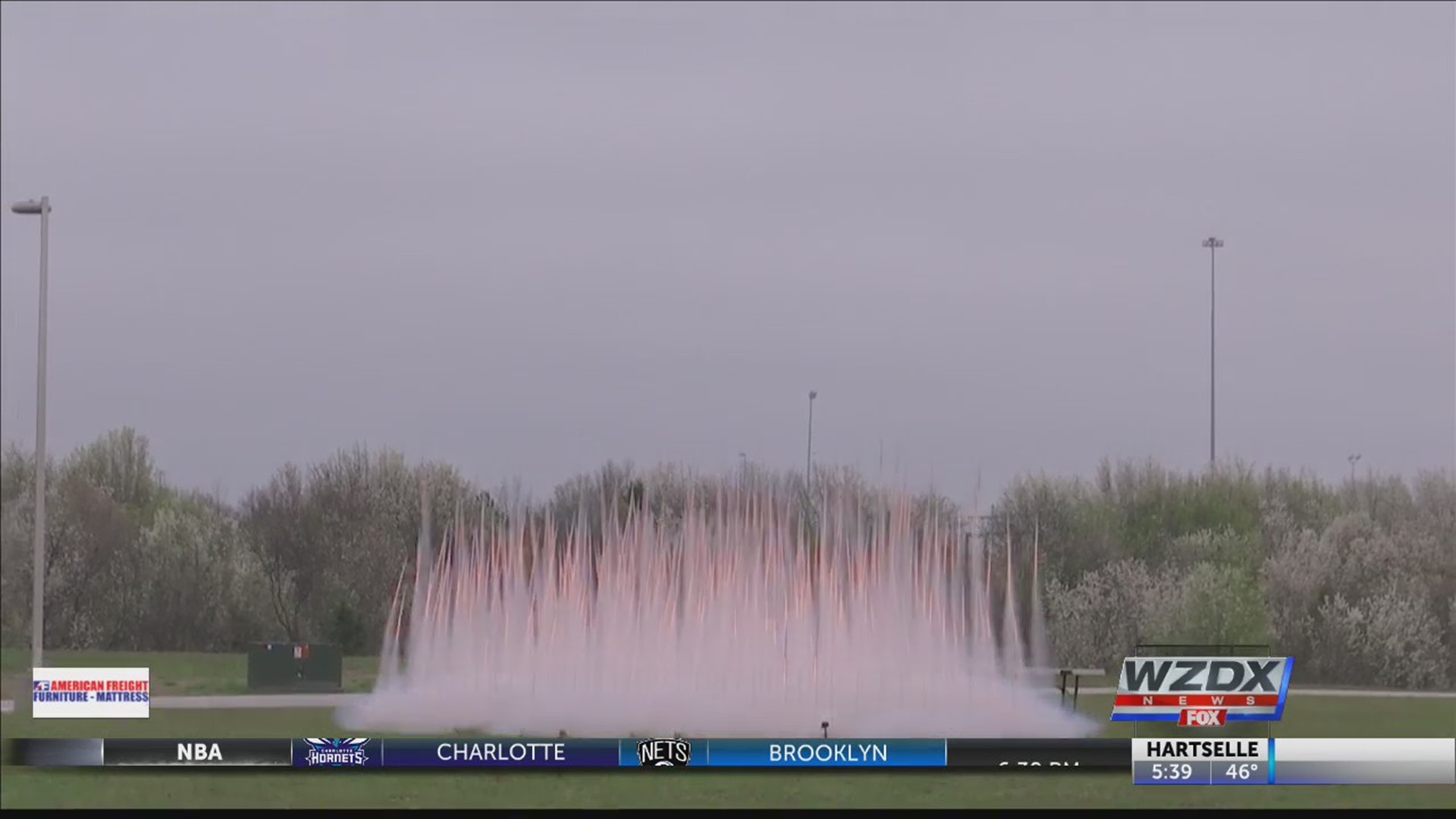 Friday is “blast off” day at the Space and Rocket Center!

Hundreds of model rockets took to the sky in preparation of the 5,000 that will launch in July to try to break a world record. It’ll be marking the anniversary of Apollo 11’s launch with a bang.

How do you break a Guinness world record? To practice you need 300 model rockets, a couple dozen engineers, and a whole lot of excitement.

You can see the remnants of past rocket launches decorating trees in the launch field, but what’s different about this one is the number of model rockets.

“It’s a pretty simple cardboard tube with a parachute, an engine, some watting,” explained Robin Soprano, Space Camp director of simulations. “They’re going to be ignited by an electronic match, basically an e-match.”

The biggest challenge is getting them all to shoot up more than 120 feet at the same time.

When the launch time finally came, the crowd counted down and the boom was met with cheers!

“That was awesome!” said Crew Trainer Amanda Gomez. “I was really excited and nervous!”

“Because I really wanted at least most of them to go up,” Gomez said.

“Kinda nervous,” agreed Haggard. “Not sure what was gonna happen, but then when they went up it was cool.”

Now for July, picture all this… Multiplied.

“Imagine what 5,000 is gonna be like!” said Joe Vallely, USSRC vice president of external affairs. “We’re gonna configure them in circles that represent the five engines on Saturn V.”

If you hadn’t heard about the Rocket City before, they’re calling the record-breaking launch attempt a “shout out to the world.”

“Folks come and say, ‘why are you guys doing all this?’ So we can tell our story about the 400,000 Americans who worked on the Apollo program and inspire the future of where we’re going next in space exploration,” Vallely said.

This is part of the 50th moon landing anniversary celebration. The record-breaking launch attempt will happen 50 years later to the day that we took off for the moon. Find all the info for the July 16 launch here. 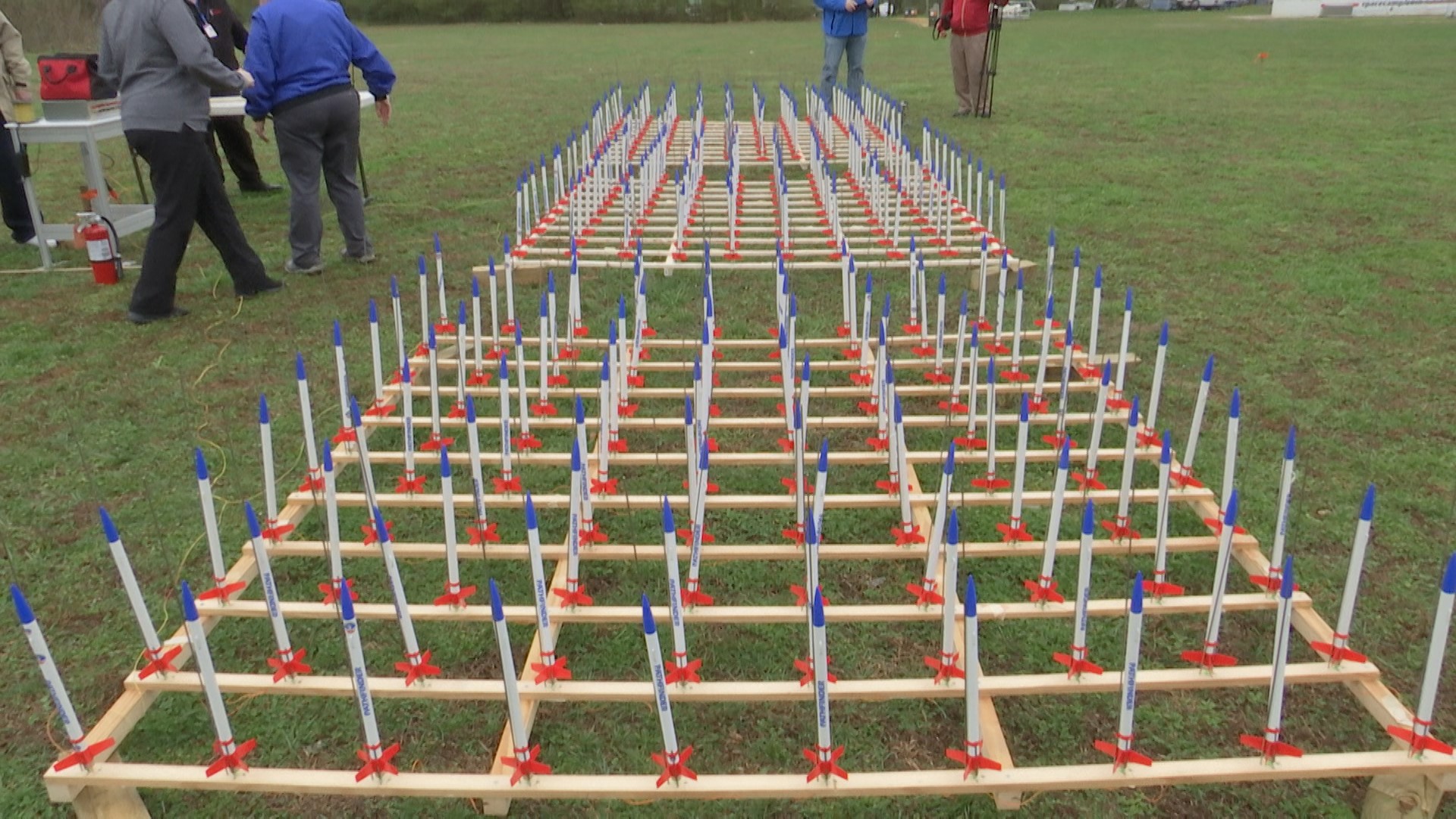