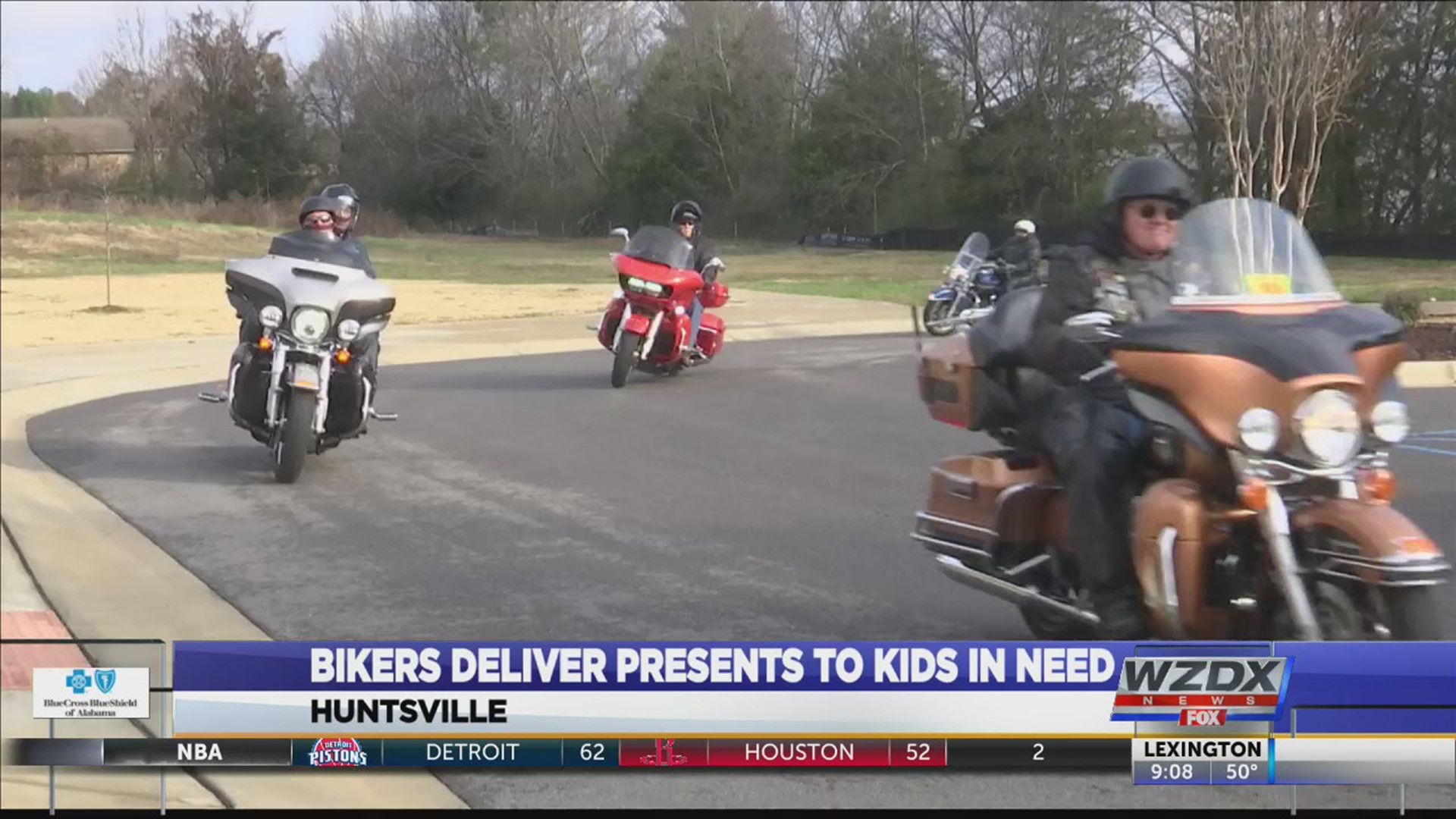 “Harleys for Hope” came in riding in what they call “sleigh and reindeer formation” as Santa’s helpers and brought smiles to the faces of some kids who just couldn’t believe what was happening.

Harleys for Hope is completely run by volunteers and collects donations to buy the toys each year. They’ve also given to Kids to Love, Toys for Tots, and Huntsville Hospital.

Harleys for Hope is a local group of bikers from the Redstone Harley Davidson in Madison that lends Santa a hand delivers toys to kids who might not otherwise receive anything for Christmas.

Michael Friar of Harleys for Hope says, “Parents don’t get to shop, they’ll get the bears free at Christmas time. That’s our goal and we’re going to keep it going. As long as I stay alive and can ride that bike, I’m going to have it going.”

With the help of donations from the community, the bikers collect money to make the toys, load up the sleigh and ride in to spread some holiday cheer at organizations across the city– including children’s hospitals.

Michael Friar tells us, “I have a niece– leukemia survivor. When they’re in the hospital through the holidays, they don’t get nothing. So you give them these bears, that’s all they have for Christmas. Look here– just putting this smile on their face, there’s nothing else you can say! Just heart warming.”

Nine year-old twin sisters, Shyne and Journey, tell our reporter they haven’t been this excited in a long time. Shyne Palimore says, “O-M-G. I’ve never seen that many stuffed animals in my life.”

Journey Palimore says, “I didn’t know what to choose because they were all so cute. But I got a beanie baby and it was so cute and its name was slush.”

With over 400 toys to deliver, Harleys for Hope says it’s been a busy season, but they say they want to pass out even more toys in the years to come.

It costs about 10 dollars to build each bear or stuffed animal. They’ll be taking donations starting September 2020 for the next holiday season.

You can find more information by contacting the Redstone Harley-Davidson in Madison.