Bea the Giraffe, born at Zoo Knoxville, will soon be moving to a new home

Bea was the first giraffe calf born at Zoo Knoxville in 17 years. 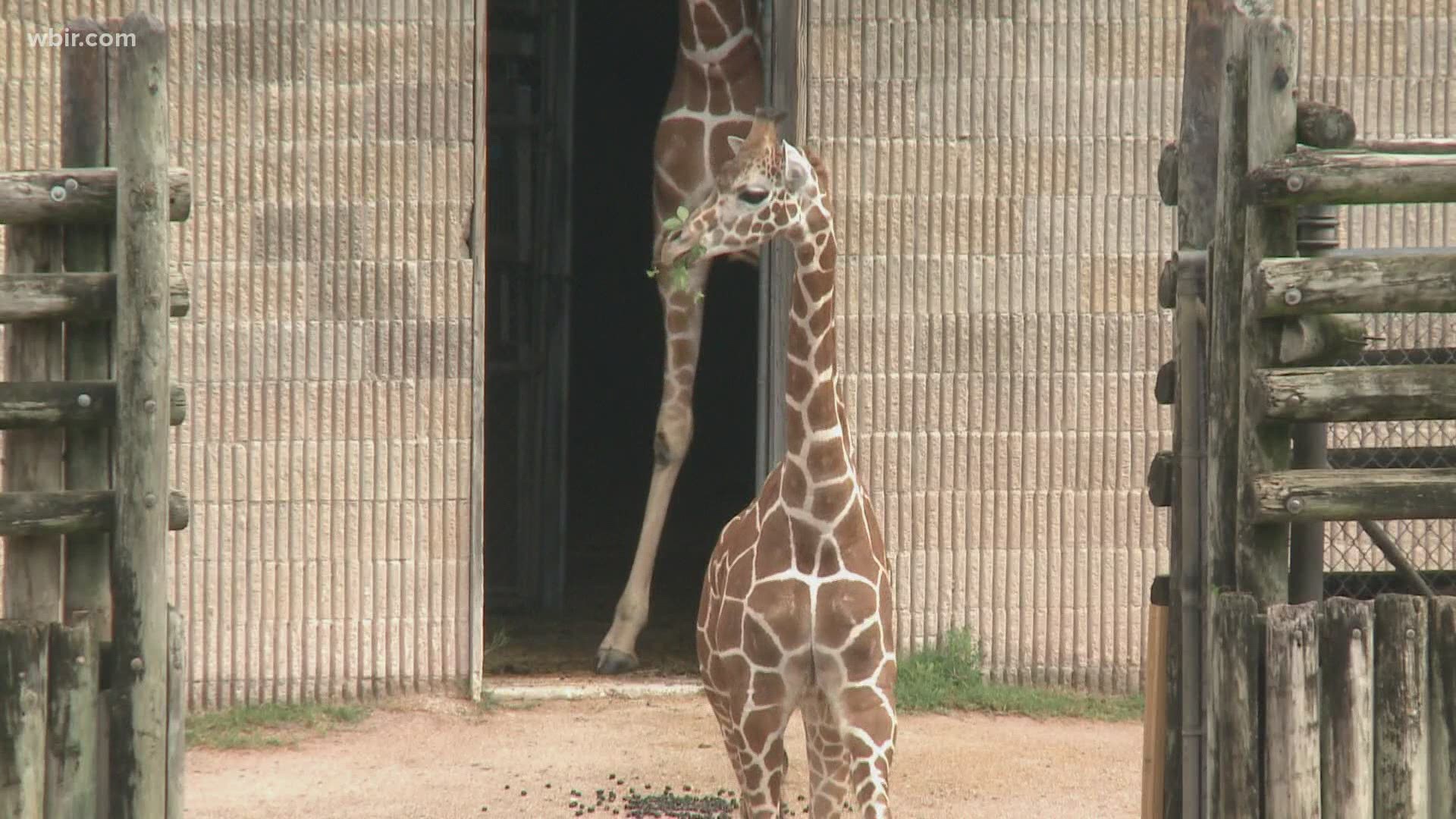 The 15-month-old giraffe was born at Zoo Knoxville in July 2019 but will be leaving to join a new herd in the next two weeks, where she will play an important role in the future of giraffe conservation.

Her caregivers at Zoo Knoxville have been working to prepare her for a move to another Association of Zoos and Aquariums-accredited zoo.

“For us, it is a bittersweet moment when you have to say good-bye to an animal that you have nurtured and cared for since birth, but you are also proud that you have done your job well and are part of the bigger conservation effort to protect giraffes,” said Phil Colclough, Director of Animal Care, Conservation and Education.

Zoo Knoxville said that giraffes live in fission/fusion societies, which means they naturally move between herds, so both Bea and the herd here in Knoxville are expected to handle the move in stride.

Bea was the first giraffe calf born at Zoo Knoxville in 17 years.

The good news is a new baby giraffe is on the way to fill the void left by Bea. Her parents, Frances and Jumbe, are expecting a calf in December.

Bea will be moved on a recommendation of the Giraffe Species Survival Plan, a collaborative partnership of zoos accredited by the Association of Zoos and Aquariums (AZA) working to protect the world’s tallest land mammal. The Species Survival Plan supports a healthy genetic population of giraffe in North America to help save them from extinction.

Giraffes in the wild are classified as “vulnerable to extinction” because of poaching and habitat destruction.