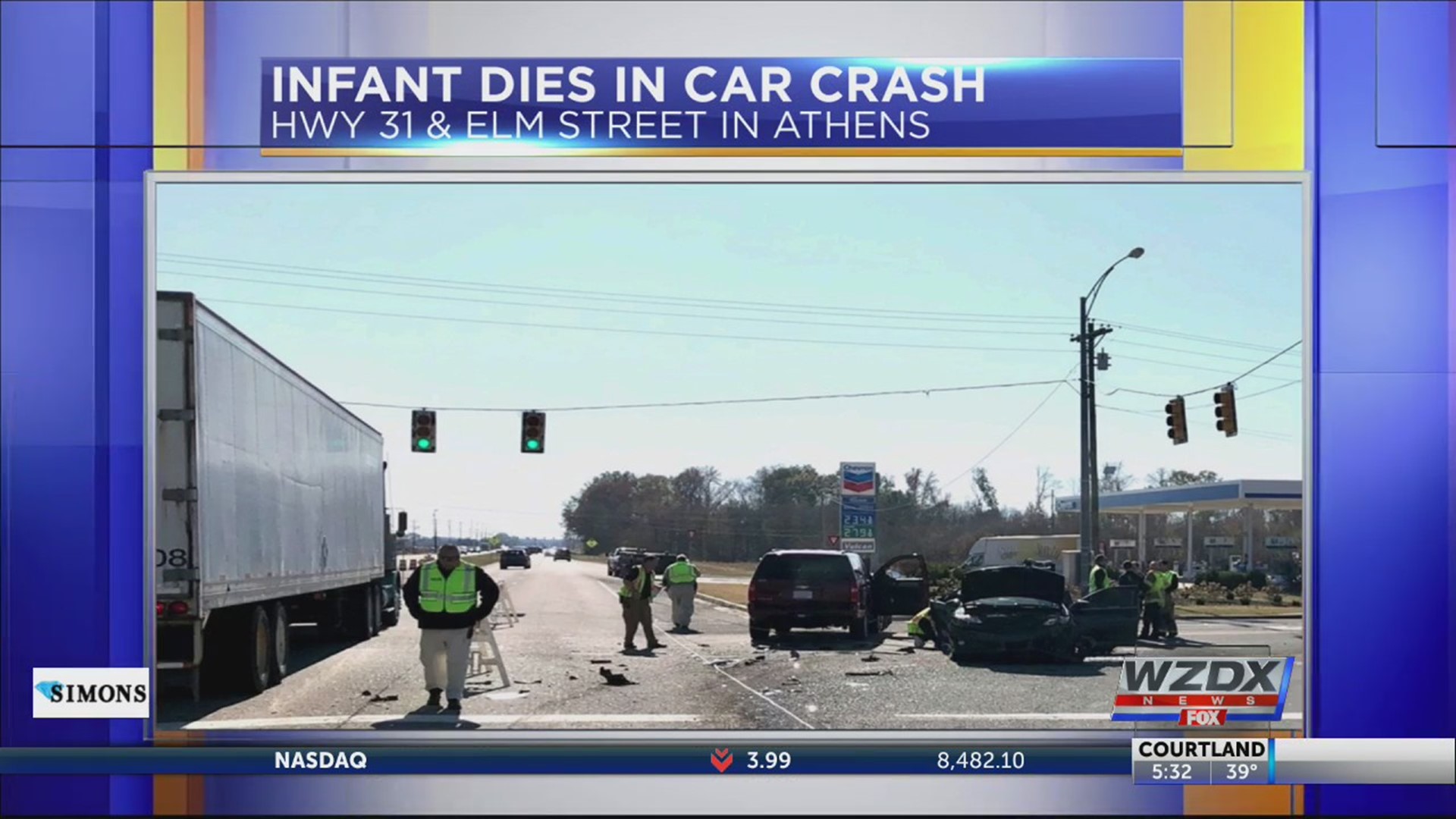 A three-vehicle wreck in Athens on Wednesday injured three people and took the life of an 11-month old.

Athens Police confirmed 11-month-old Everly Derringer was killed in the crash. One person was transported to Huntsville Hospital and the others were transported to Athens-Limestone Hospital.

The wreck, which happened just after 11:00 am, shut down the intersection of Highway 31 and Elm St. for more than two hours.

The infant was the only fatality. The crash remains under investigation.