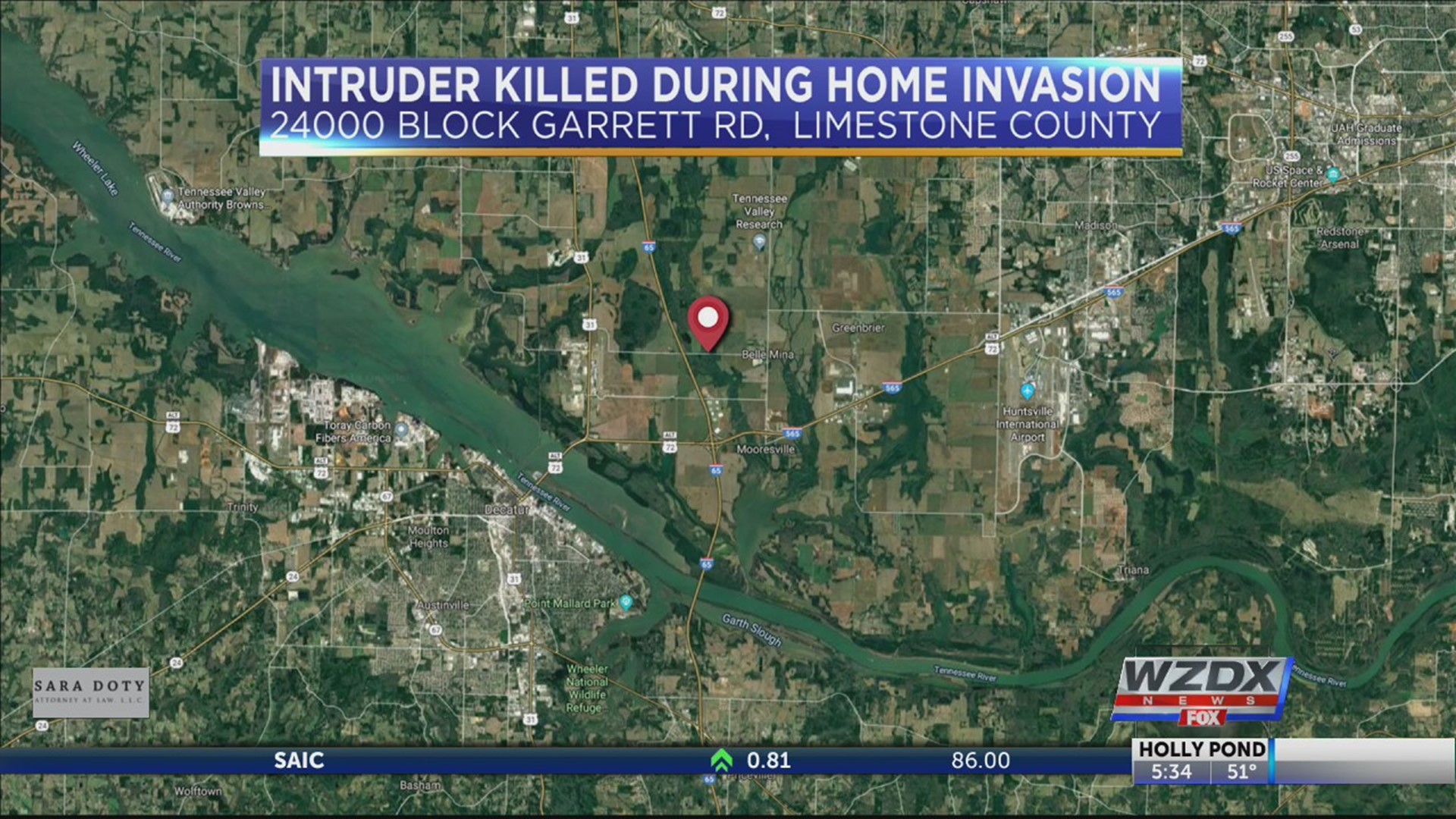 An man is dead following an alleged home invasion in Limestone County.

The Limestone County Sheriff’s Office reported that the shooting occurred around 12:30 a.m. Wednesday morning, Nov. 27. The shooter was a resident at the home located in the 24000 block of Garrett Road. The shooter reportedly came home and found the intruder. The intruder then attacked the resident.