Some students and a teacher at Albertville High School are filling a need with a few lockers and everyday supplies. 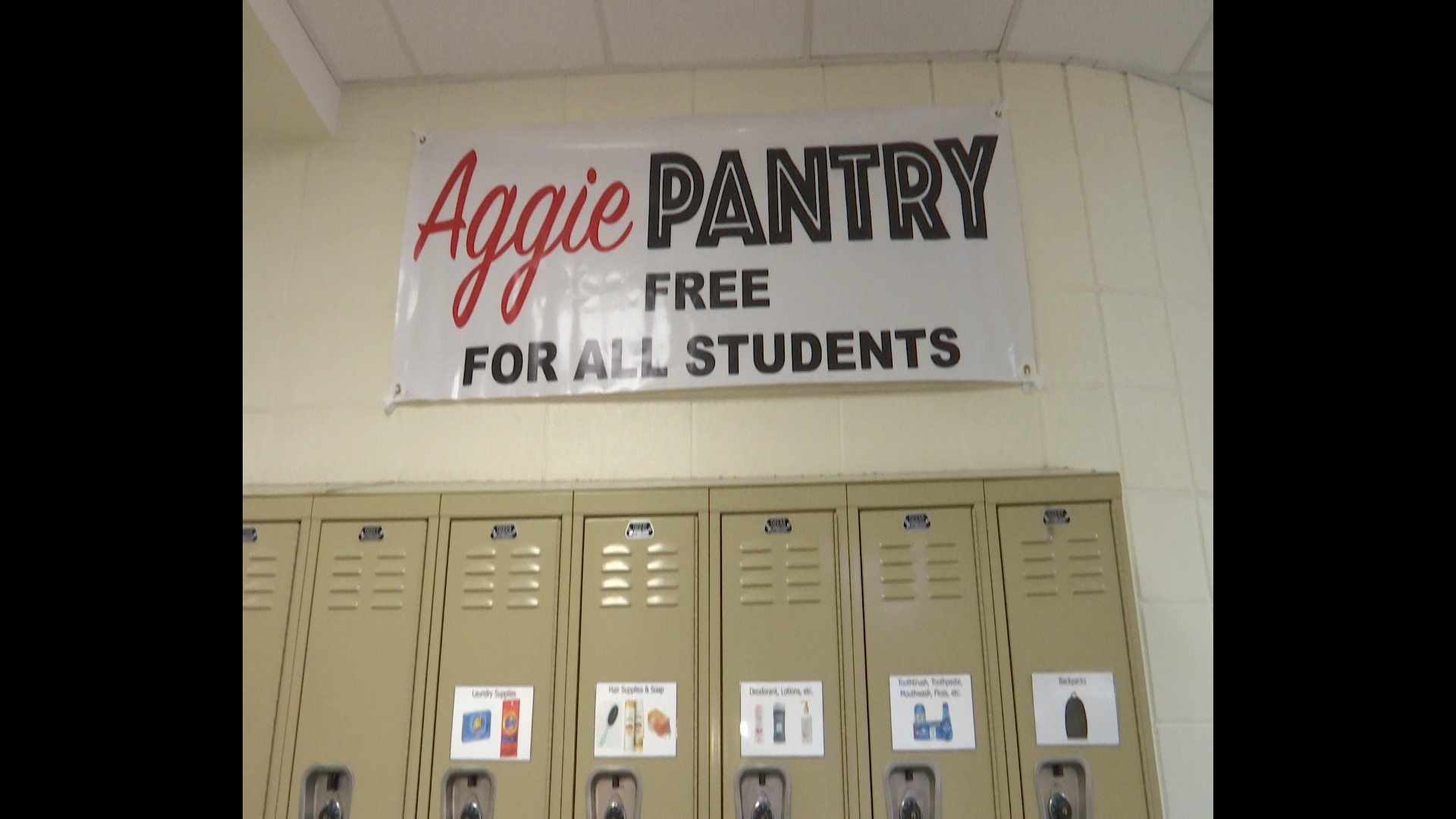 School’s back in session but for some families that may come with a feeling of dread about spending more money.

Some students and a teacher at Albertville High School are filling a need with a few lockers and everyday supplies. They have ten lockers called Aggie Pantry.

“The students can just come get whatever they need,” said Caitlin Dickerson, a math teacher and co-creator of Aggie Pantry. “We have school supplies, we have toiletries, laundry detergent.”

“In my class I would notice there would be some students who wouldn’t have school supplies,” Dickerson said. “And then just of the population that we have.”

Albertville High is a Title 1 school with a large number of students from low-income homes.

“So we just thought there’s got to be that need there,” Dickerson said.

“I got a card from a mom and she has five kids,” Dickerson began. “They put their hand prints on it. She just said, ‘You don’t know how much this has helped my family. Thank you so much for what you’ve done for my kids.'”

Every day they have to re-stock at least one item in the pantry.

“It’s completely anonymous so you don’t feel any pressure about going,” said Adyson Lowden, a student a co-creator of Aggie Pantry. “A lot of kids say, ‘hey can I go to the bathroom?’ and they’ll come get what they need.”

Aggie Pantry makes back to school easier for kids who may not have something they need because their family can’t afford it, but the pantry doesn’t discriminate. The help is for everyone.

ADRIA HAMILTON: “I’ll need a hair tie for band camp or deodorant for band camp and I’ll come get some stuff out of here too,” said Adria Hamilton, the student and third co-creator. “I don’t feel pressured at all to use it because I know that it’s a great resource for any of the kids here at Albertville High School.”

The students and teachers say even if they help just one kid then it’s worth it. They already know they’ve helped more than that.