Alabama shoppers expected to spend more than $12.4 Billion during Holidays 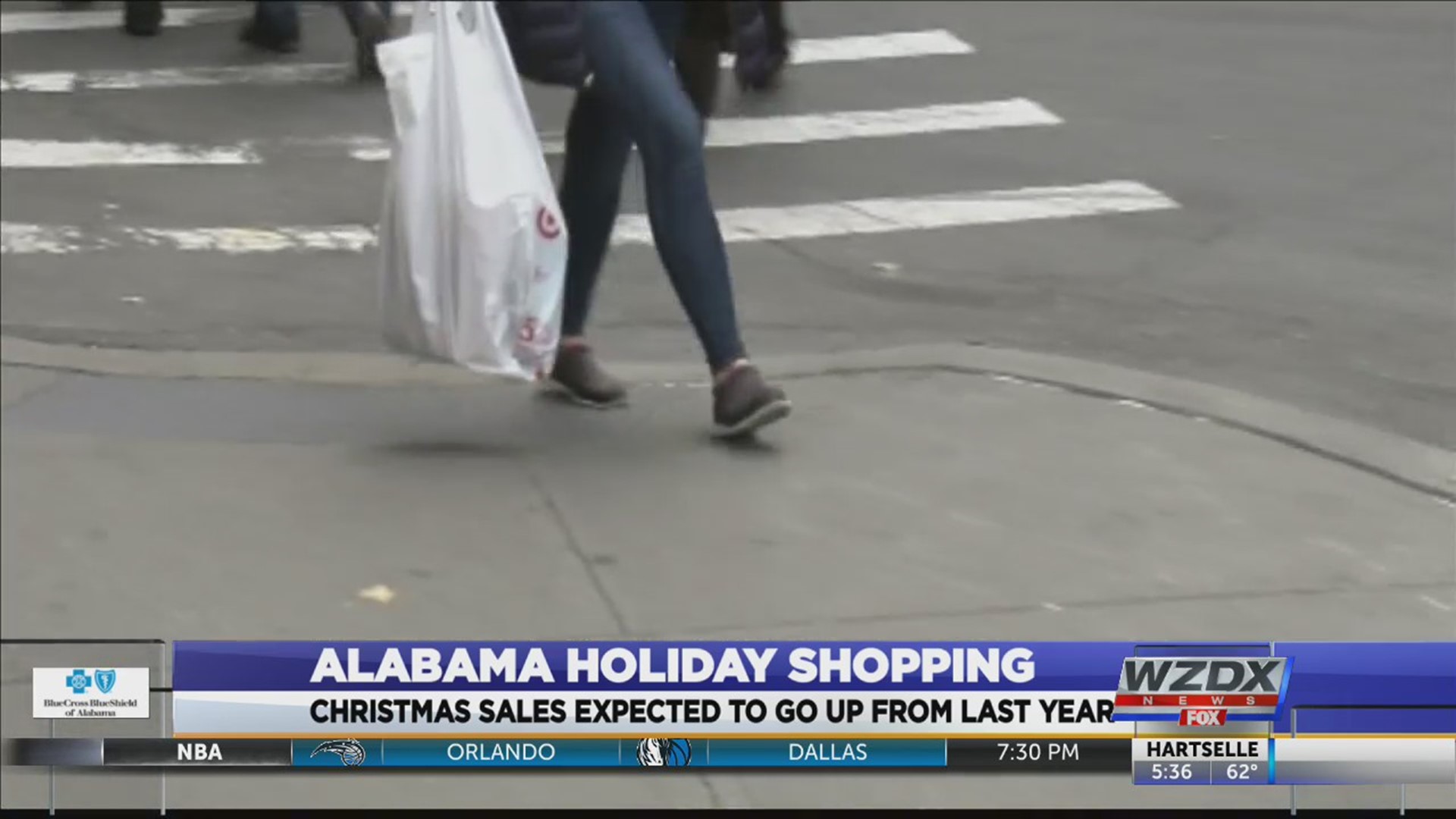 Shoppers in Alabama should spend about $362 million more during the holidays this year than last year.

During the holiday shopping months of November and December, Alabamians will buy more than $12.4 billion in goods, based on the Alabama Retail Association’s prediction of taxed sales for those months. That represents a 3% increase beyond the $12 billion spent in the 2018 holiday shopping period. That state projection lines up with the national holiday forecast, which calls for growth between 3.8% and 4.2% throughout the country.

Through September of this year, Alabama averaged 5% growth in regular sales tax collections each month over the same month last year. When you add in what Alabama has collected in sales taxes from out-of-state, online-only retailers that growth jumps to almost 11.5% in total taxed sales through September. However, in the prior two years, Alabama’s taxed sales during the holiday shopping period has grown an average of 2.75%.

This will be the second holiday shopping season with most remote sellers remitting sales taxes through Alabama’s Simplified Sellers Use Tax program and economic nexus rule. It will be the first with sales tax collections remitted by marketplaces that collect for third-party vendors.

Alabama Retail Association’s 3% holiday growth prediction is for all holiday taxed sales, including those from remote sellers.

The Alabama Retail Association urges shoppers to Shop Alabama throughout the year, especially during the holiday shopping period.