MONTGOMERY, Ala. (AP) — A slain Alabama sheriff was remembered Monday as a dedicated peace officer who loved serving the people of his county. More than 2,000 m... 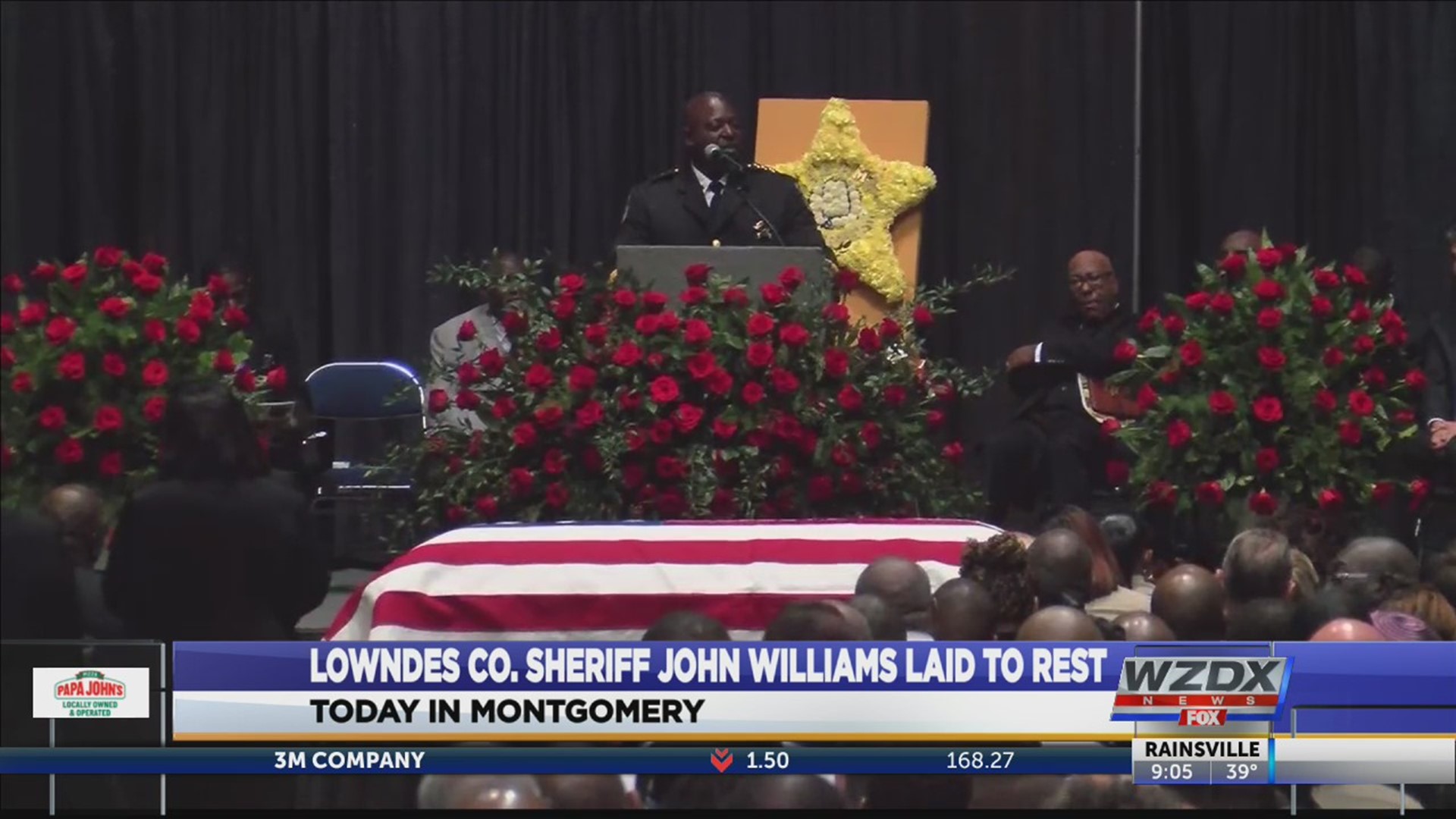 MONTGOMERY, Ala. (AP) — A slain Alabama sheriff was remembered Monday as a dedicated peace officer who loved serving the people of his county.

More than 2,000 mourners filled an auditorium for funeral services for Lowndes County Sheriff John Williams. Williams was shot and killed Nov. 23 at a gas station in the county where he served as sheriff. William Chase Johnson, 18, is charged with murder in the sheriff’s death.

Sometimes known as “Big John” for his towering frame, the 62-year-old sheriff was remembered as a selfless law enforcement officer who showed respect to everyone.

Taylor said Williams was example to follow, both as a man and a law enforcement officer.

“When this call for assistance came in, he didn’t pass it to a deputy… he took it himself, just like he had done thousands of times,” Taylor said.

Speakers at the services described Williams’ big laugh and bigger heart. They remembered him as a man who freely gave out his cellphone number to folks in his county so they could reach him if they needed, doted on his grandchild and patrolled his county in his truck with a distinctive air raid siren-sounding horn that always let people know he was coming.

Williams was elected as sheriff in 2010 after decades working in law enforcement in his home county.

Williams’ flag-draped coffin sat at the front of the coliseum that was selected for the funeral because of the expected large crowd. A black wreath was placed on the hood of a sheriff’s truck at the back of the coliseum.

“He would give you the shirt off his back. He’s a true law enforcement officer,” Cunningham said. “He loved y’all. He loved Lowndes County and he loved being sheriff.”