Alabama lottery push: How likely are we to get the “green light” on gambling?

As one of the 5 states in the country without a lottery, Alabama’s residents sometimes go to great lengths to play their numbers. Our reporter asked a few local... 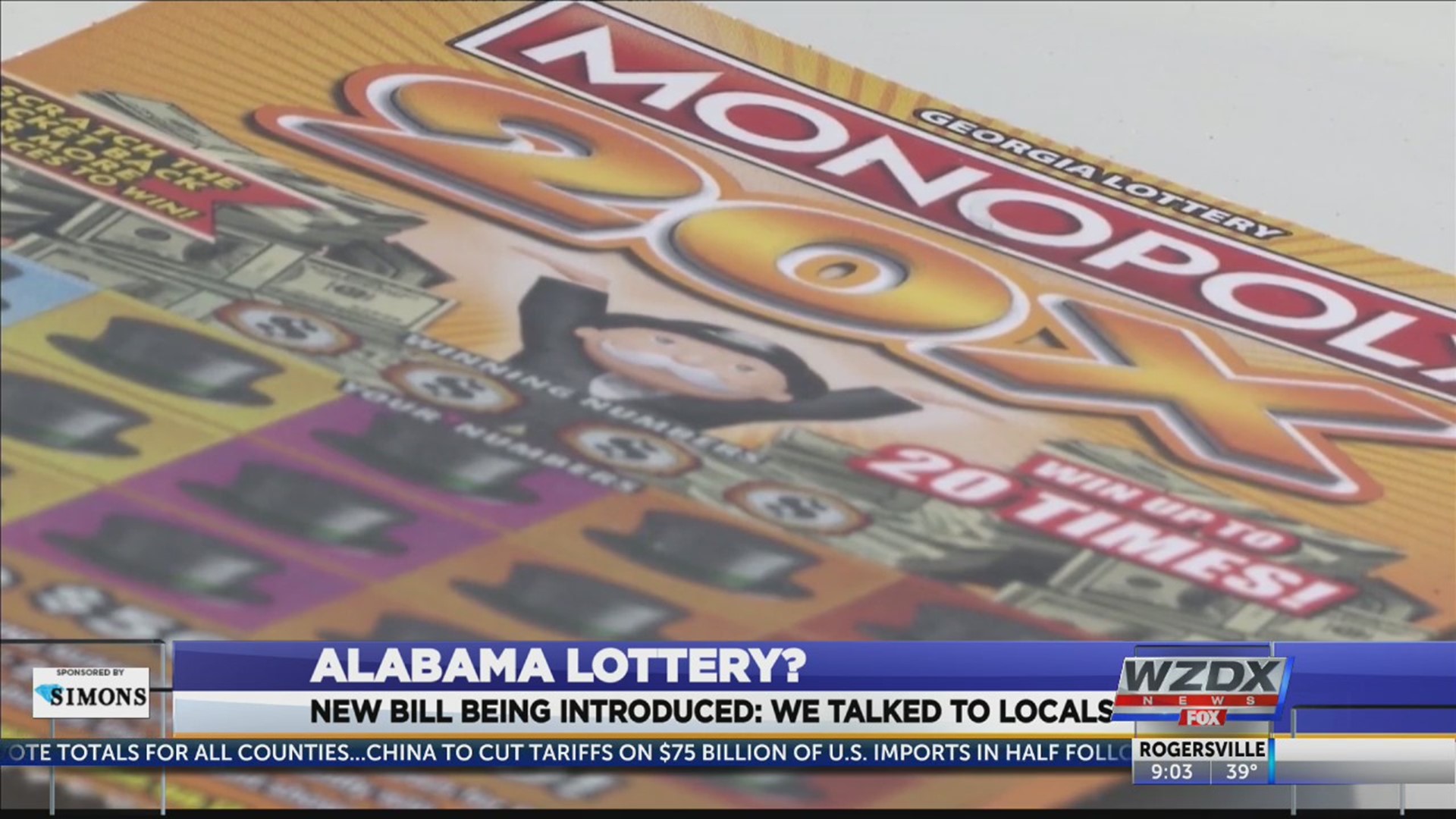 There has been a lot of talk about the push for a lottery here in Alabama over the years.

In the 2020 Alabama State Legislative Session, yet another bill is being introduced to bring the lottery to our state. But just how likely are we to get the “green light” on gambling?

As one of the 5 states in the country without a lottery, Alabama’s residents sometimes go to great lengths to play their numbers. Our reporter asked a few locals how they felt about bringing the lottery here to home– and overall they just want the chance to choose.

Rex Staehly in Huntsville tells our reporter, “All and all, I’d be for it. Provided the funds were allocated toward education.”

Lillian Haley in Huntsville tells our reporter, “They go to tennessee and georgia and everywhere else. Why not here in Alabama? and keep the money in Alabama.”

And some locals are on the fence. 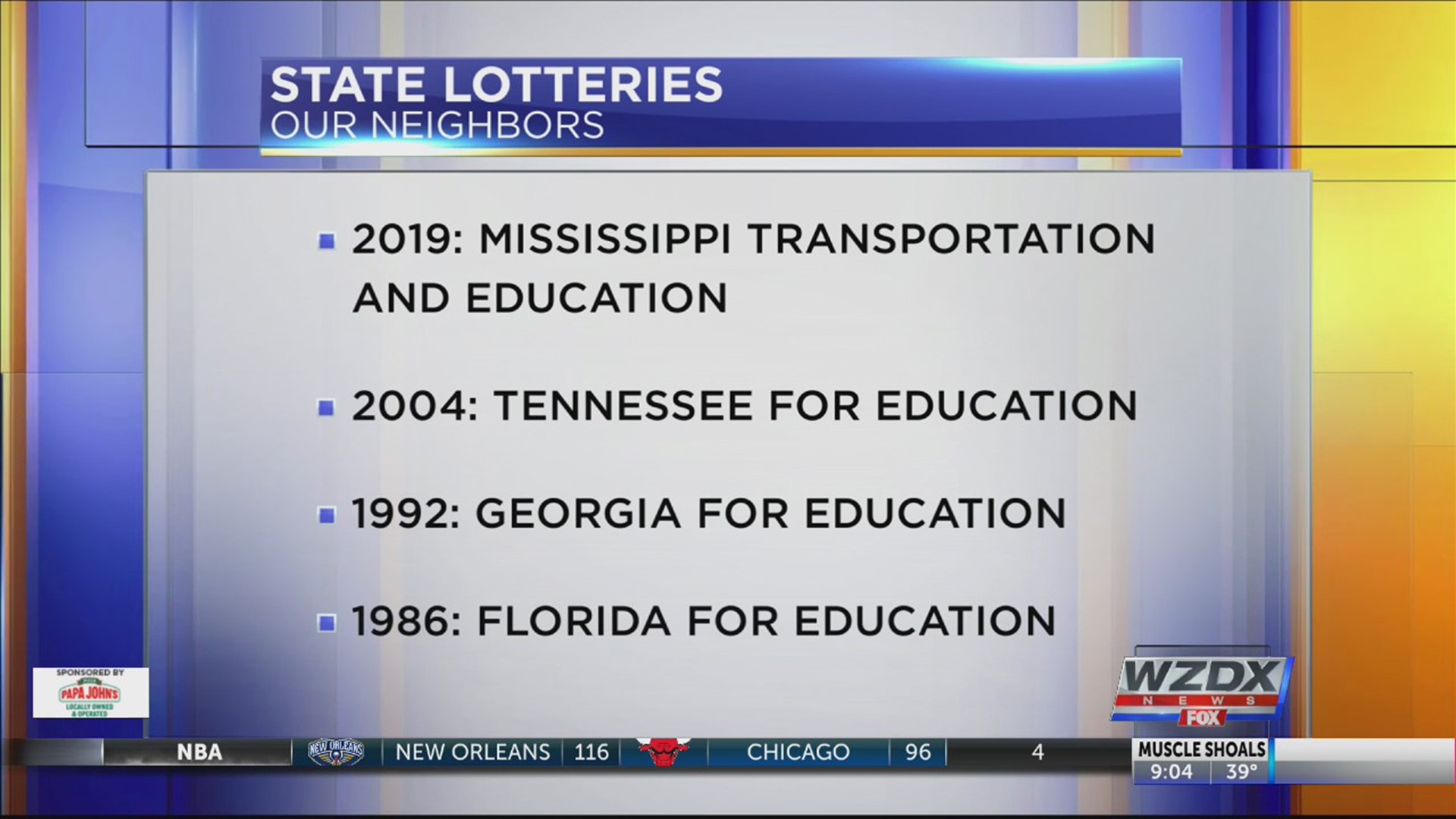 Coy Bailey in Huntsville tells our reporter, “Certain dilemmas that are from a religious perspective that people can be concerned about… I can see the benefits of having a lottery. All the states around us have lotteries.”

Rep. Steve Clouse, R-Ozark, chairman of the House “Ways and Means General Fund Committee”, is introducing a lottery bill that would direct half the earnings to Alabama’s pre-K program and the other half to college scholarships based on need.

Some people just want to play the lottery without having to travel out of state.

Monretta Vega tells our reporter, “I have some family members who go maybe once a week, if not twice a week to Tennessee and to Georgia.”

We’re surrounded on all sides by states that are pushing out numbers.

Our closest neighbors all have state lotteries. Florida, Georgia, Tennessee- and most recently– Mississippi, who approved the lottery in 2018 and started selling tickets just last year.

Mississippi is expected to make $40 million their first year.

Now where’s all that money going? In Mississippi, the first $80 million of net lottery proceeds will go toward infrastructure, then the state’s general fund. And the rest goes to their Education Enhancement Fund.

In Georgia and Tennessee, all of the proceeds from their lotteries go toward education. Just last year, Tennessee announced a record 122.9 million dollars put into education from the lottery

But Alabama’s Governor Kay Ivey expressed her reservations earlier this week at the “State of the State” address. She announced she’ll be signing an Executive Order to assemble a group of experts to determine just how much money Alabama could make with a gaming expansion before making any further decisions.

Gov. Ivey said, “…give us some time to get the facts, and then together we will give the people of Alabama the information they need to make the most informed decision possible.”

It’s important to note that, as of now, this proposed lottery bill is just being discussed.

And- it’s not the first time. In 2019- lawmakers rejected a plan to allow voters to decide whether or not to establish a state lottery— it would have been the first time voters were given that chance since 1999.