MONTGOMERY, Ala. (WIAT) — On Monday, dozens of prosecutors from across the country marched across the Edmund Pettus Bridge in Selma to bring awareness to ... 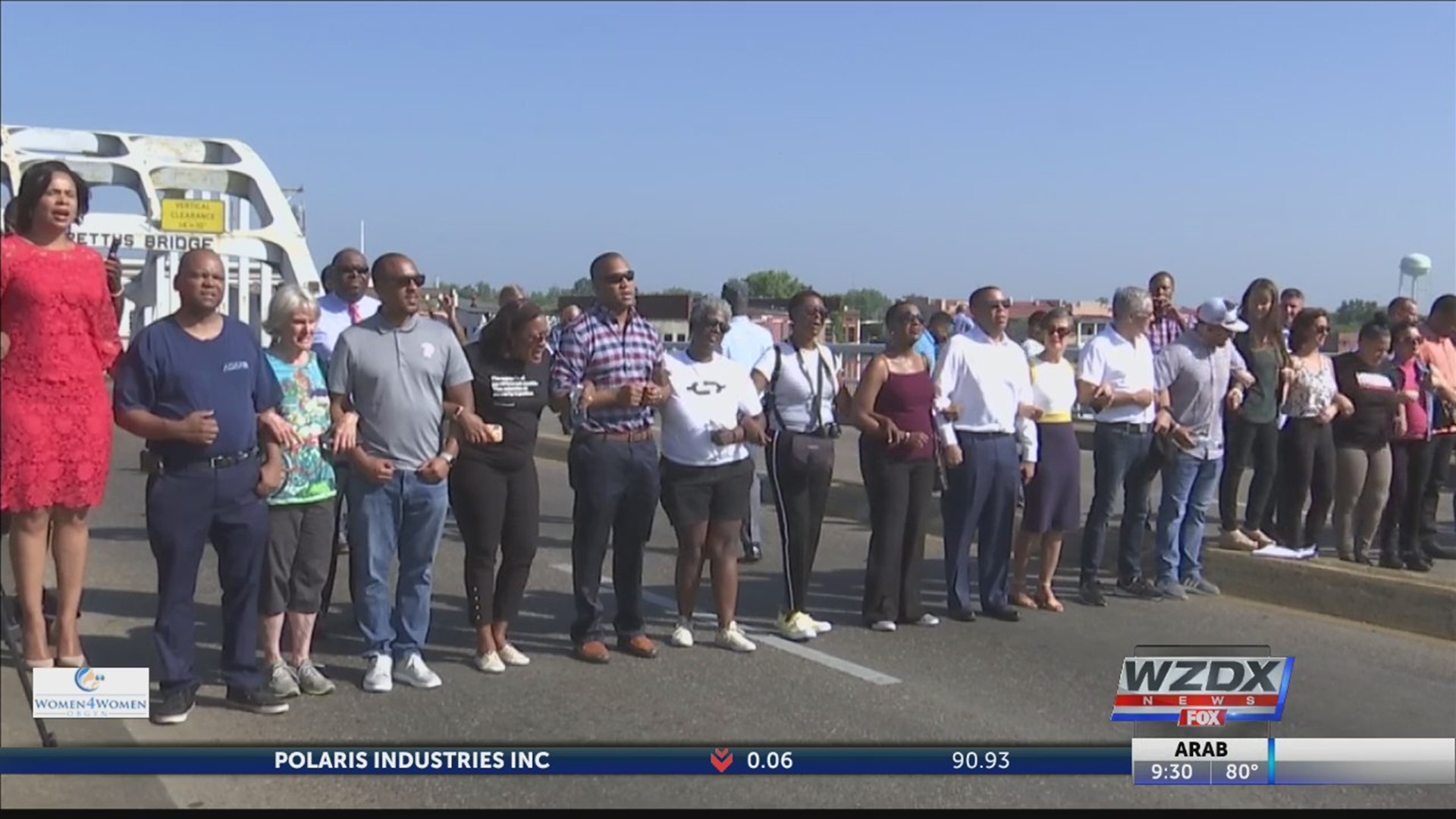 MONTGOMERY, Ala. (WIAT) — On Monday, dozens of prosecutors from across the country marched across the Edmund Pettus Bridge in Selma to bring awareness to unjust prosecutions.

Hand in hand, the prosecutors marched across the bridge, singing songs many sang in the 1965, when they crossed this bridge for voting rights. The march was in partnership with Fair and Just Prosecution.

Both of Jefferson Counties District Attorney Lynneice Washington and Danny Carr say they’re out promoting what she calls progressive prosecution.

“Danny Carr, myself and Micheal Jackson we don’t fit the historical roles of prosecutors and that we are trying to make things better and establish best practices going forward,” Washington said.

“We’ve looked at ways to creatively deal with non-violent offenders versus incarceration, I think we have looked at a more progressive approach and at the same time making sure the community is safe,” Carr said.

“We have to recognize the role that race plays in our county and in our society and also in the criminal justice system,” Michael Dougherty said.