Alabama A&M University guard DeShawna Harper has been named the Southwestern Athletic Conference Women’s Basketball Player of the Week after a standou... 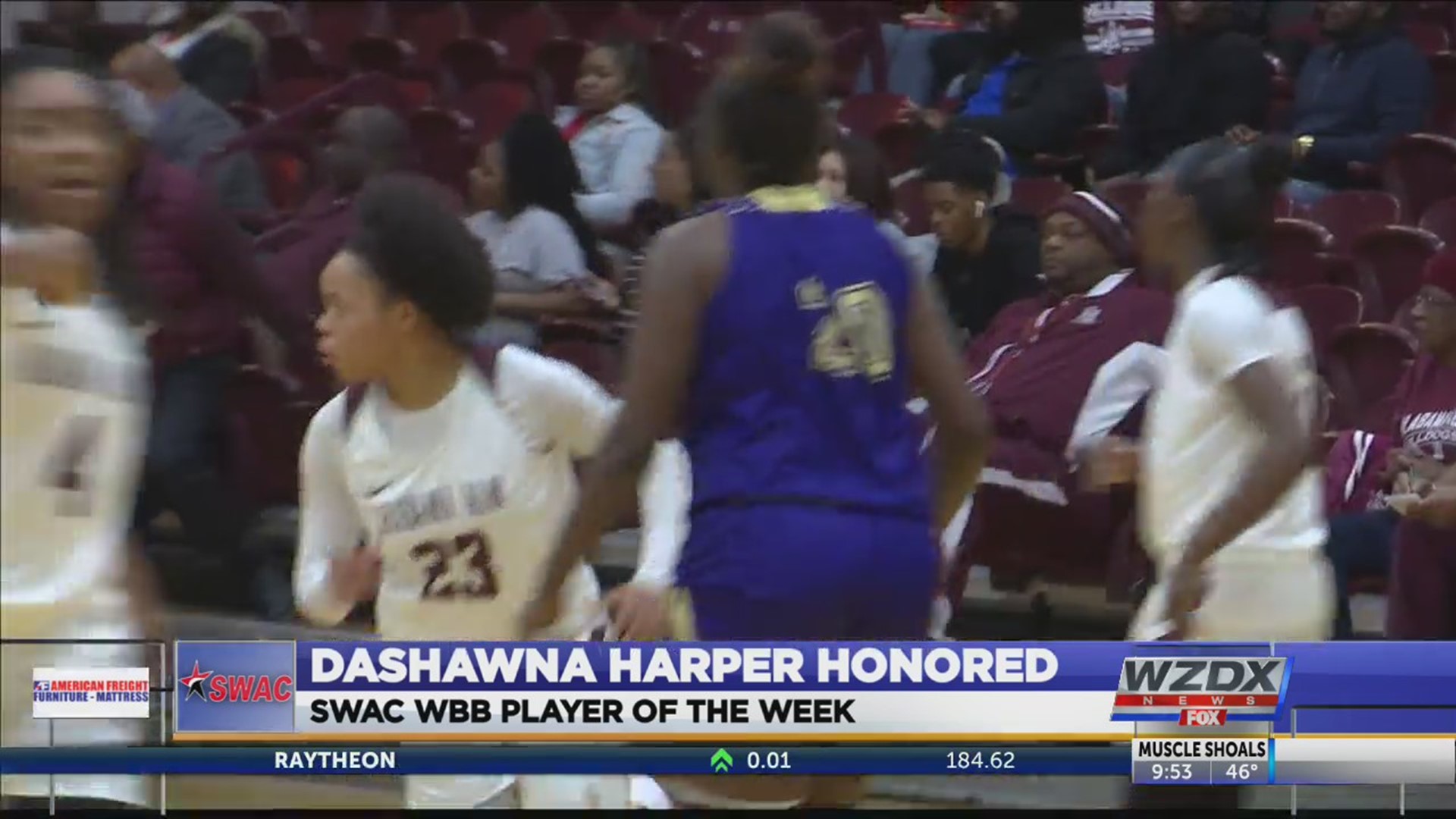 Alabama A&M University guard DeShawna Harper has been named the Southwestern Athletic Conference Women’s Basketball Player of the Week after a standout effort during this past week of play. The league made the announcement Tuesday afternoon.

Harper was the difference-maker for the Lady Bulldogs during a 65-57 victory at arch-rival Alabama State. The sophomore scored a career-high 26 points in 27 minutes of play, shooting 8-of-15 (53.3 percent) from the floor and 8-of-10 (80 percent) from the free throw line.

Additionally, she grabbed three rebounds and made a pair of steals. The Indianapolis, Ind. native was a key factor in Alabama A&M’s game-winning 17-7 run in the fourth quarter, as she scored five points during that stretch. At the time of Alabama A&M’s scoring spurt, the Lady Bulldogs trailed 50-48.

Harper has averaged 20.6 points per game over Alabama A&M’s last three games, all wins for the Lady Bulldogs.