When a teen with autism was boarding the Polar Express train, he became overstimulated and had to leave. But railroad staff went above and beyond to redeem the ... 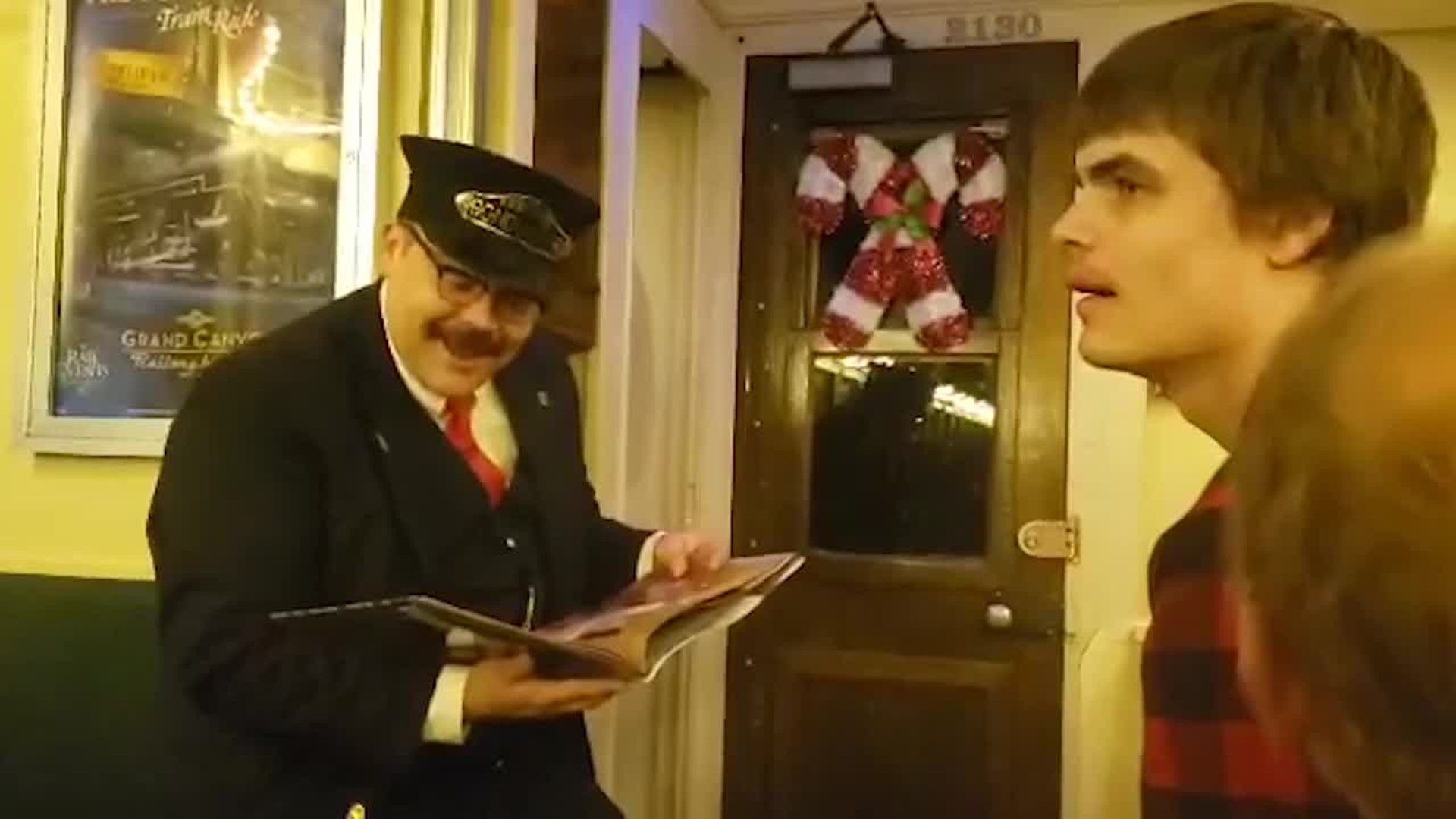 WILLIAMS, Ariz. (KPNX) — Ty Swartout loves trains. In particular, he loves the Polar Express train. The iconic book and movie about the Christmas locomotive is one of his favorites.

Even though Ty, who has autism, is nonverbal, he still understands the movie, Lloyd said. One of his favorite characters is the conductor.

So when his parents took Ty to see a real-life Polar Express train, he was thrilled. The Swartouts planned an overnight trip to the Grand Canyon Railway, a historic railroad that runs sightseeing rides from Williams, Arizona to the rim of the Grand Canyon.

The family had dinner at the railway and arrived at the platform to wait for the train. Then, things started to go downhill.

Ty was so excited when he saw the train that he became overstimulated and started having a rare “meltdown,” Lloyd recalled.

Because of differences in the brain, people like Ty who have autism can be more prone to temper tantrums and may react unusually to sights, sounds and other senses, according to the Center for Disease Control.

As Ty became agitated, his parents tried to calm him down. Railway staff tried to help, too, offering to hoist him into the train via wheelchair lift and holding the train.

But it was clear to Lloyd and his wife Angie that they would not be able to get Ty on the train.

“My heart was shattered. I wanted this so badly for my son,” Angie wrote on Facebook.

They returned to their hotel room, dejected. Angie went to the bathroom to cry. That’s when the family heard a knock on their door.

It was the conductor from the train. He told Lloyd he felt bad that Ty didn’t get to ride the train and asked if he could do something special for the family.

The man, who asked to be identified only as the conductor, came to the family’s room with a special gift for Ty: his pocket watch.

“Ty was starstruck. He was so excited and happy,” Angie wrote on Facebook.

The conductor even returned a second time with a North Pole bell for Ty and to offer the family a full refund for the trip.

“We couldn’t believe they were actually doing it,” Lloyd said.

But the goodwill didn’t stop there. The railway even rescheduled a second visit for the Swartouts, free of charge, complete with a private rail car without bright lights and loud music. Staff members also told the family they were inspired to organize an annual ride for children with special needs in the future.

WATCH: Boy with Autism has special meeting with Santa

On Wednesday, as a rare sprinkling of snow coated the railroad, the Swartouts returned for the second time. Ty successfully boarded the train with Santa and the conductor, who read him “The Polar Express.”

“Thank you conductor and all the staff. You were such a help getting him on the train and creating a magical dream come true for our son!!!!” Angie wrote.

Lloyd said he wants the staff to know how much they appreciated their support.

“We hope more people could be like them,” he said.