The Scripps National Spelling Bee was broken Thursday night, brought to its knees by eight spellers who were too poised, too prepared and too savvy for any word... 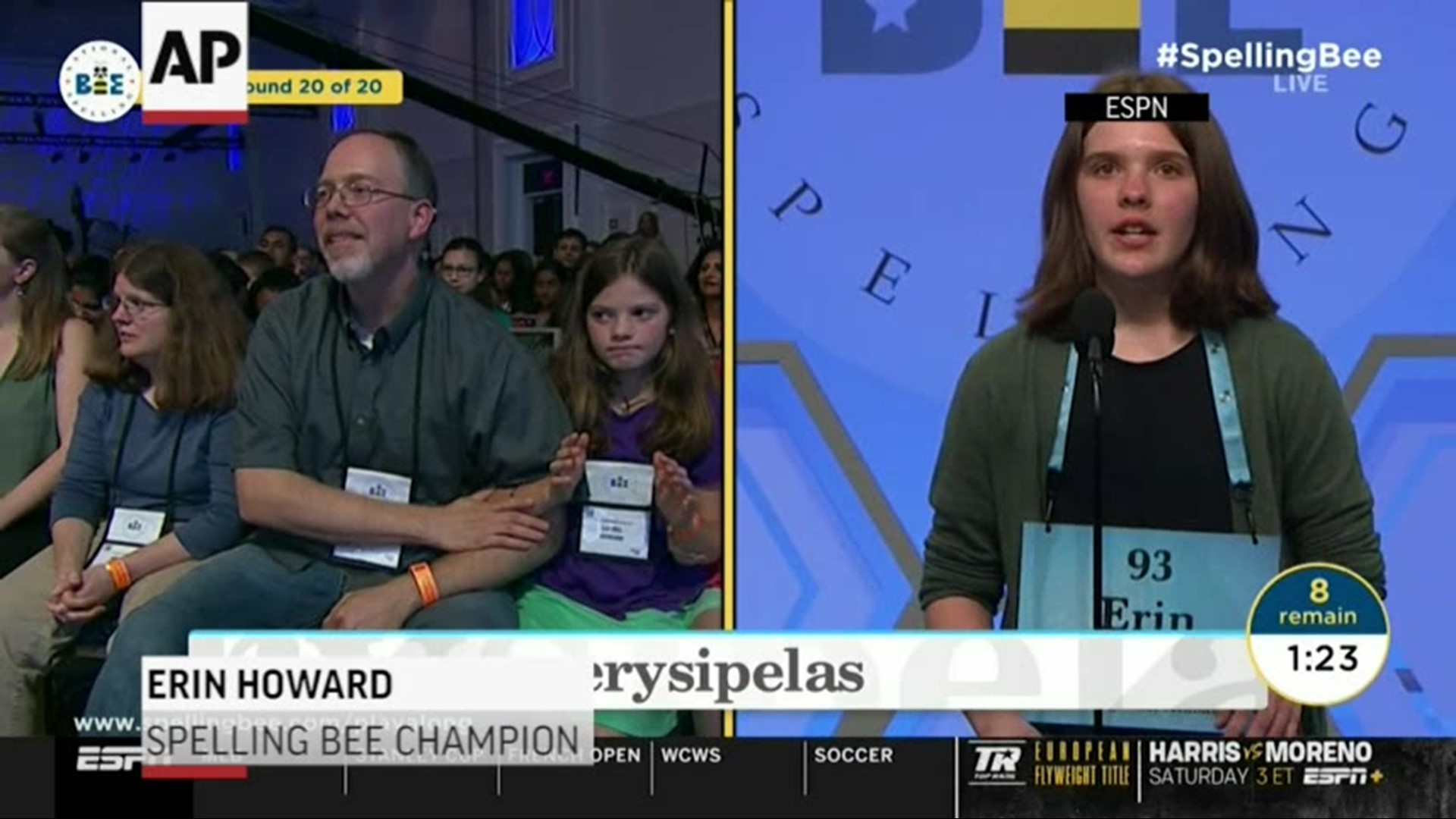 OXON HILL, Md. (AP) — The Scripps National Spelling Bee was broken Thursday night, brought to its knees by eight spellers who were too poised, too prepared and too savvy for any word thrown their way.

Faced with a dwindling word list and a group of spellers that showed no weakness, Scripps gave up and declared them co-champions, the most extraordinary ending in the 94-year history of the competition.

“Champion spellers, we are now in uncharted territory,” bee pronouncer Jacques Bailly told them in announcing the decision to allow up to eight winners. “We do have plenty of words remaining on our list. But we will soon run out of words that will possibly challenge you, the most phenomenal collection of super spellers in the history of this competition.”

He wasn’t lying. The bee held three more rounds after that, and no one missed a word or even appeared to struggle.

From 2014-2016, the bee ended with co-champions. In 2017 and last year, the bee had a written tiebreaker test of spelling and vocabulary that would be used to identify a single champion if necessary. It didn’t turn out to be needed, and bee officials decided the test was too burdensome and got rid of it.