486,000 gallons of sewage overflowed in Decatur

486,000 gallons of sewage — that’s how much sewage overflowed in Decatur on December 22nd, according to a report filed by Decatur Utilities. 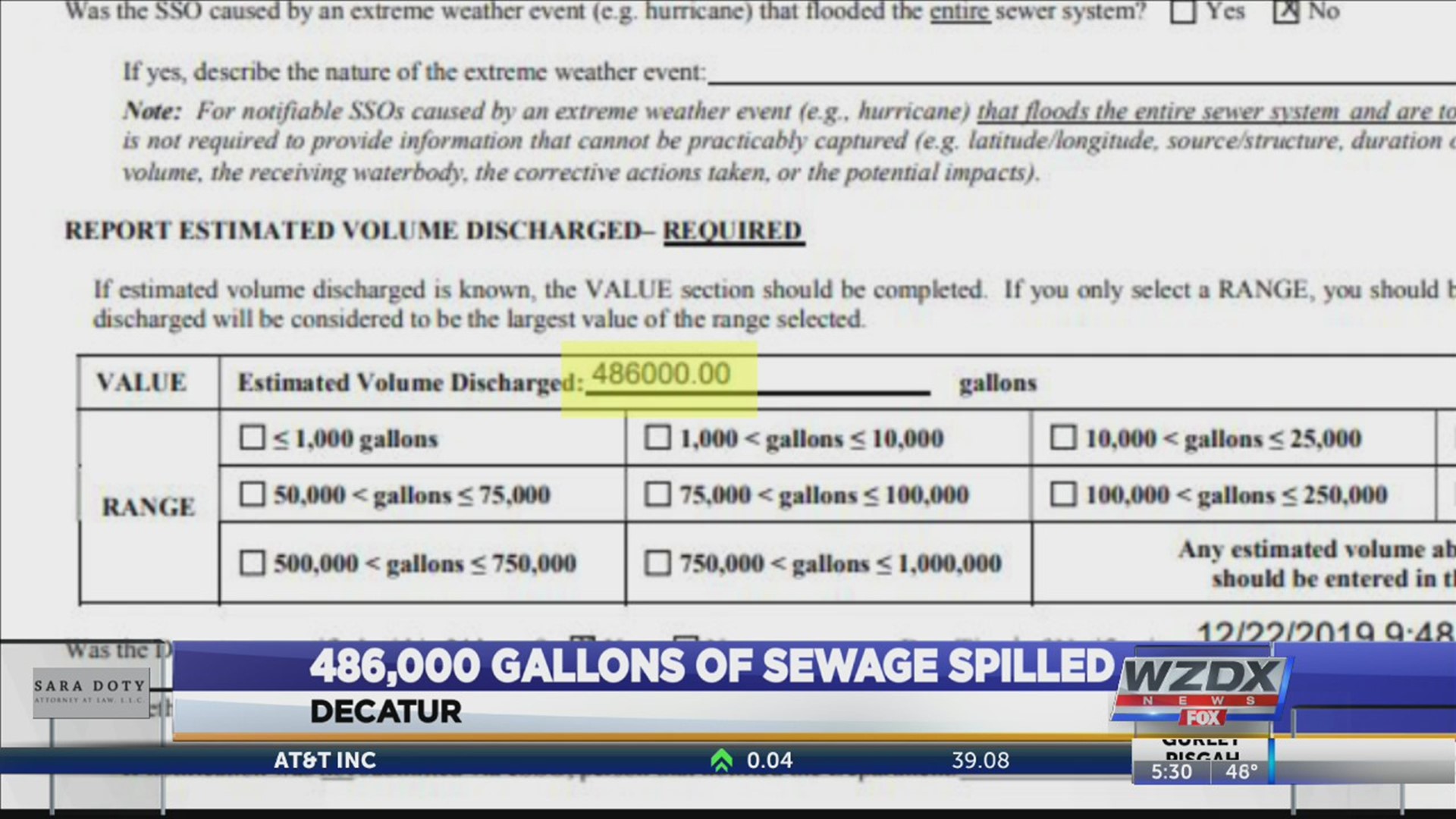 486,000 gallons of sewage — that’s how much sewage overflowed in Decatur on December 22nd, according to a report filed by Decatur Utilities.

The report sites two days of heavy rain as the cause of the overflow and says the sewage ran into Baker’s Creek.

“It’s not uncommon here in Decatur to see sewage overflows over 100,000 gallons,” said David Whiteside, Founder of Riverkeeper, a group who has been working to keep local waterways clean. He says sewage overflows have been a persistent polution problem in Decatur.

“There is tremendous concern among the general population here in Decatur about all of these polution issues,” said Whiteside.

Whiteside is concerned about the threat to public health posed by untreated sewage flowing in our rivers and streets.

“It contains bacteria and pathogens and that’s not good for us, and not only that. It’s just plain gross.”

In a statement sent to WZDX, Decatur Utilities says they’re aggressively working to address sewage overflows and want Decatur Utilities customers to know they take the spills very seriously. Decatur Utilities said in the statement they have invested over $60 million dollars within the past ten years to improve wastewater system infrastructure and we remain committed to reducing and eliminating future spills.

“In my opinion, the greatest asset in Decatur is the Tennessee River,” said Whiteside. “Decatur is the river city. We ought to be embracing that. We can make this city one of the greatest cities in Alabama, but we’ve got to clean up our river first. We shouldn’t be embarrassed about these problems. These problems have been building up for decades. It’s not the sole responsibility of the people in power right now that caused these problems.”

WZDX News reached out to Mayor Tab Bowling about the December 22nd spill for comment but has not heard back.

See below to take a look at the report filed by Decatur Utilities on the sewage spill.

See below to see a statement from Decatur Utilities regarding the Dec. 22 overflow:

STATEMENT FROM DECATUR UTIL… by WZDX News on Scribd