300-degree simulation takes Huntsville Police training to the next level 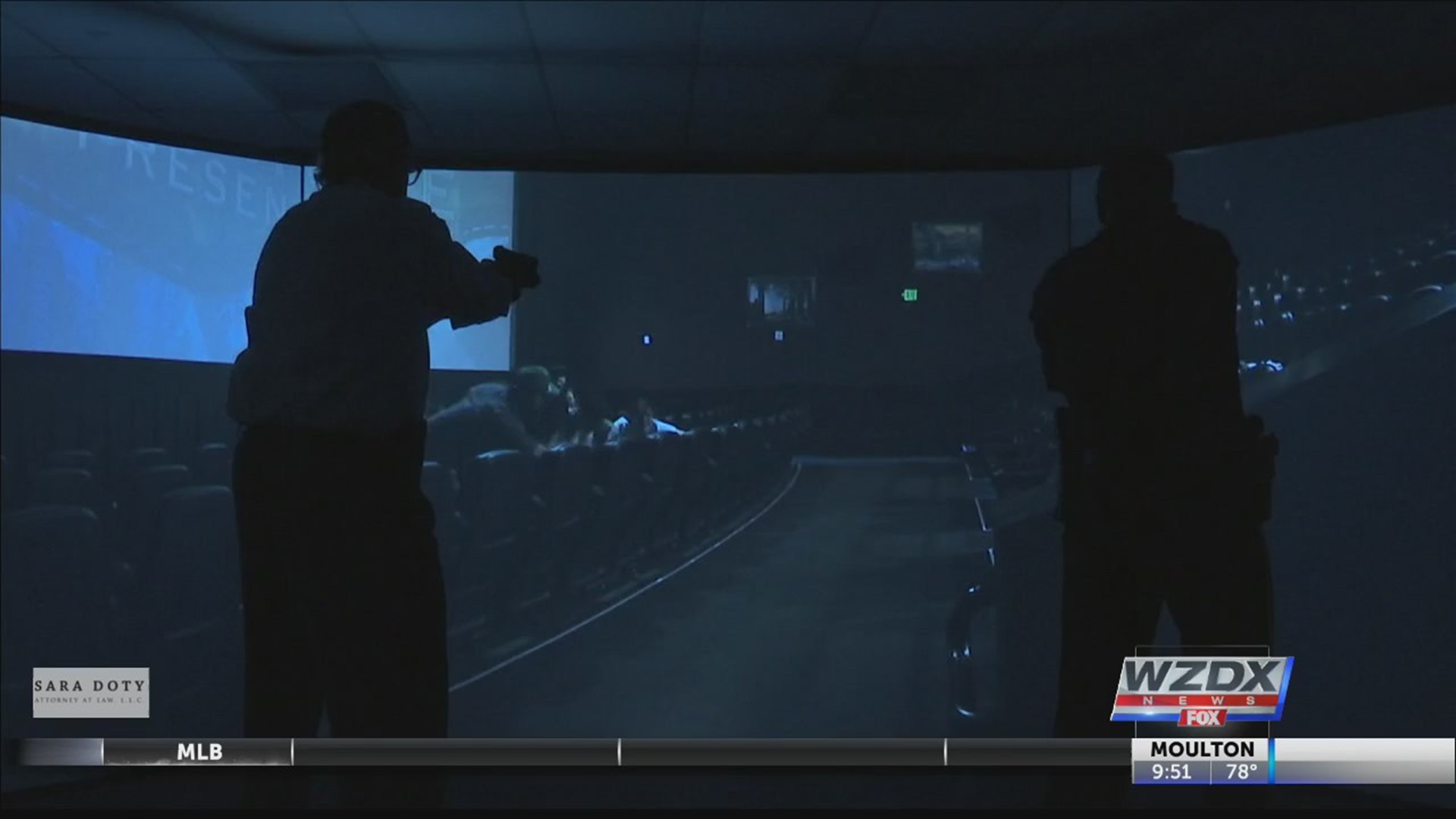 WZDX News’ Renata Di Gregorio strapped on equipment to do the simulation and see how it feels to go through the training used to protect you.

“Come out! Put your hands up!” an officer yelled into the tall screens.

What happens in the scenario depends on what the officer does next.

“If they do not react with the verbal de-escalation techniques that they have been taught here at the academy, well then the scenarios will take them in a direction, just like in the real world, that we would really not want to go,” said Captain Dewayne McCarver, HPD training director.

Verbal de-escalation and getting away from the mindset that a scenario will end in force is a key practice point.

Di Gregorio put on the belt with a practice gun and taser and no verbal de-escalation experience to try her hand as an officer on duty.

Her simulation was a woman in a workplace holding a pair of scissors and in distress about a break-up with her girlfriend.

It worked. The woman dropped the weapon. Di Gregorio got brownie points for getting the scissors out of there.

It was a success, but not every situation can be de-escalated. Top of mind is mass shootings.

“The reality is that no matter how much we train, when we hit one of those situations it’s gonna be a tough, tough day,” said McCarver. “What Virtra provides for us is the opportunity for officers to at least get that, as you felt, sort of amped up feeling that you get if you go into one of those situations. And the more often that we can get them to feel that in training, the better they are able to control themselves and their emotions and their own intensity of the way that they are thinking through these situations. It just makes them better.”

All HPD officers are training with this and they want every law enforcement officer in the area to use it too. 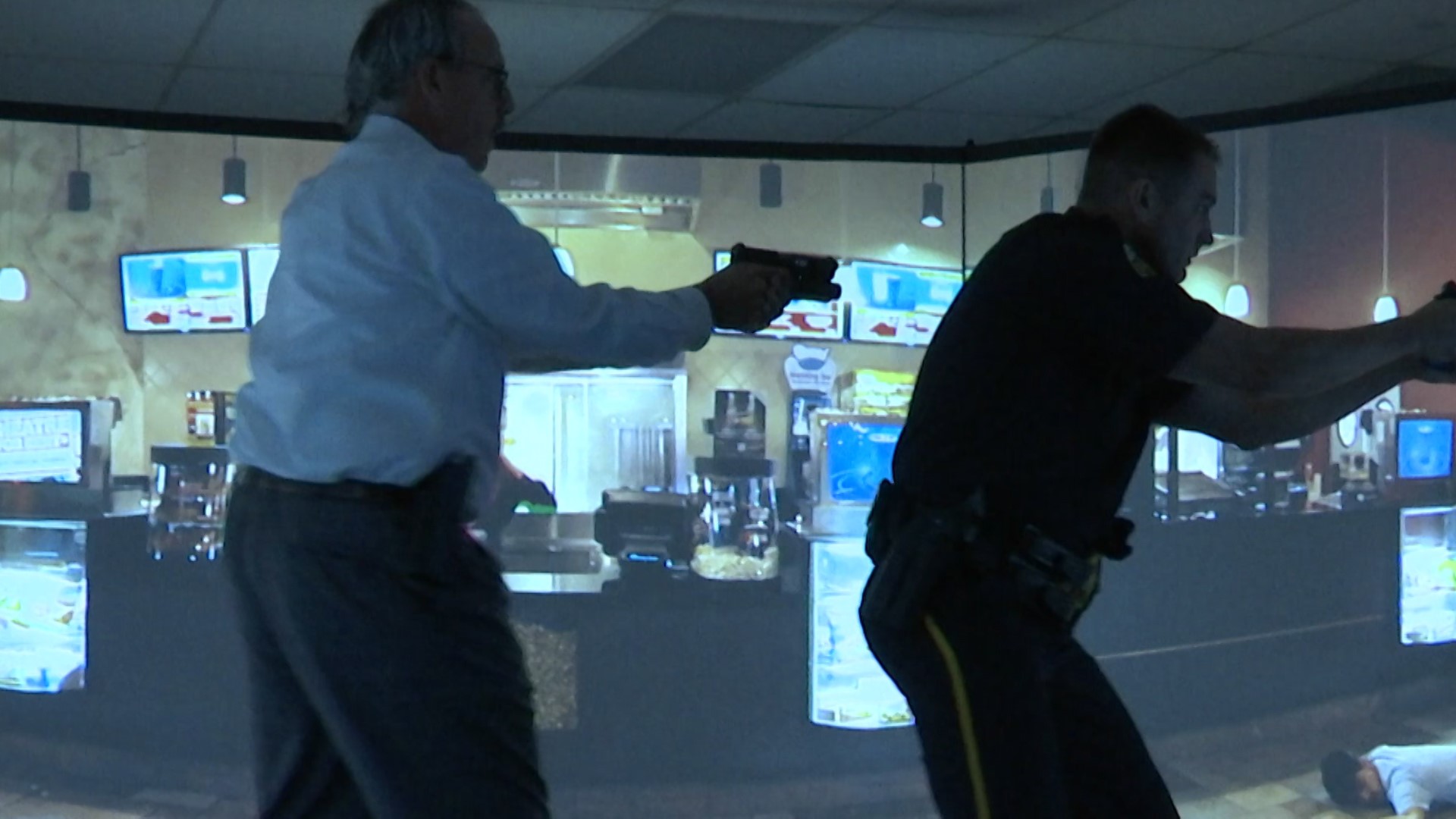