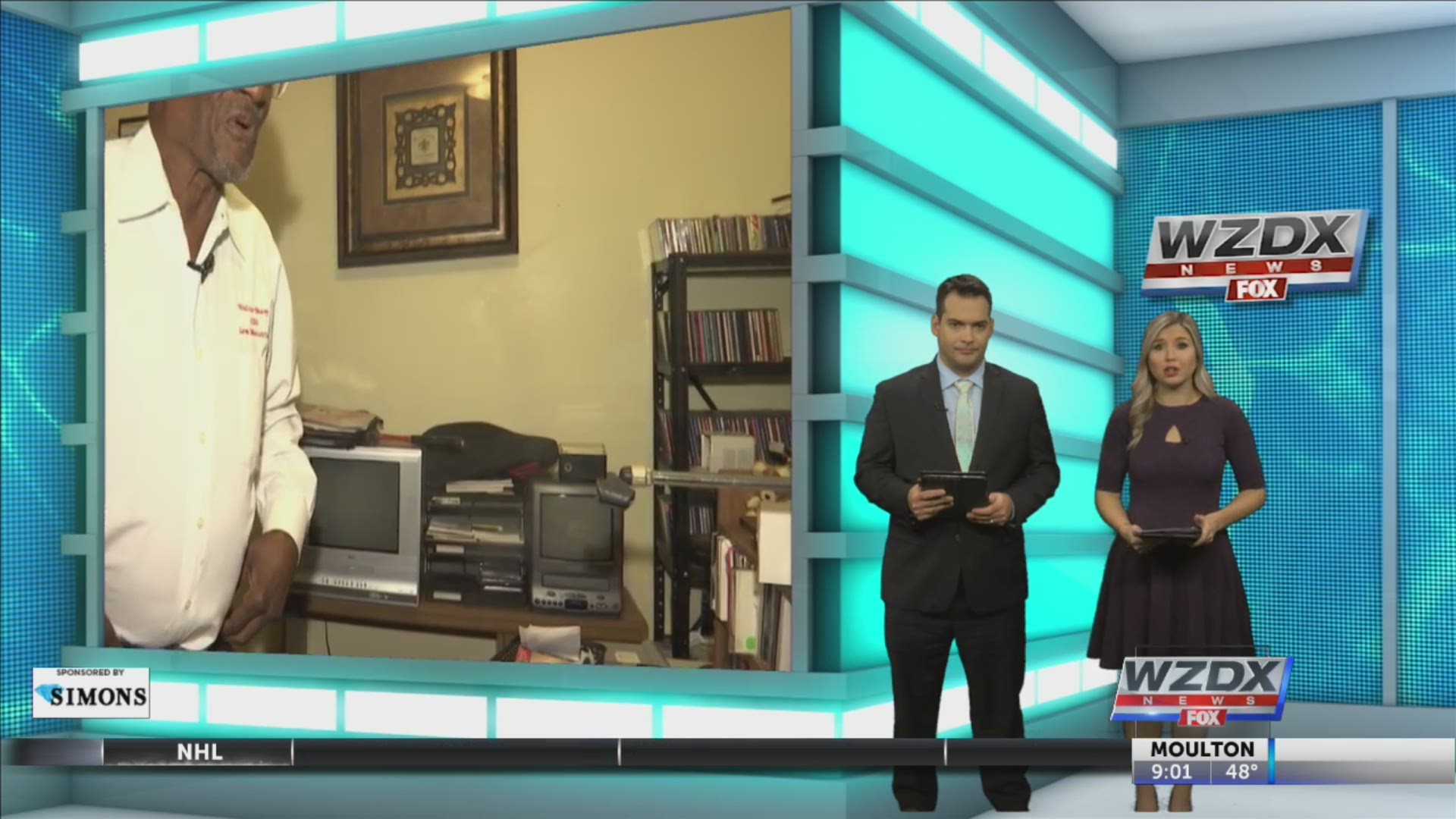 HUNTSVILLE, Ala. — Sydney Stallworth paid a visit to a man who put everything on the line to expose a racist Alabama marriage law, one that was still in the books even in the 21st century.

Walter Peavy adds, “I did it as a protest. That I was going to defy this law. ‘Come and get me’– that was my theme. ‘Come on and get me!’”

Meet Walter Peavy– a 50 year veteran Radio DJ, ordained minister, and activist. He let our reporter into his home to talk black history– and the role he plays in our history right here in Alabama.

Peavy adds, “Martin Luther King would have turned over in his grave, I feel, if we had not brought attention to this injustice.”

20 years ago, Walter Peavy married a couple on the air of his radio show on WDJL in Huntsville. In doing so, brought awareness to a racist interracial marriage law still in place in Alabama– even in the year 2000.

Walter Peavy says, “It was on the books that it was against the law to have interracial marriage.”

After marrying the couple, the threats started to pour in. Peavy says, “Today it’s still kind of painful at what I went through.”

Rocks were thrown through the station’s window– KKK members even showed up to intimidate him. He adds, “My children suffered some in all of this.”

But hate and ignorance are things Walter Peavy has known. Growing up black in Alabama during segregation, he says it’s something you feel. He became emotional when telling me what it feels like to see that same oppression hurt the people you love.

Walter Peavy adds, “Seeing my grandmother and my grandfather being treated like they were trash. Hearing the N-word all the time.”

He says he felt that pain himself. Peavy tells our reporter,“I grew up feeling that I was a second-class citizen. That I was nothing.”

And that’s why he knew it was time to take a stand. Together, we watched the national news story that aired in 2000 after he married the couple on air.

In 2020, Alabama became the last state in the country to get rid of interracial marriage bans and finally revoked the law. He’s been recognized by Mayor Tommy Battle, National Radio Committees, and just about everyone else.

Now, Walter Peavy spends his time still DJ-ing in the mornings at WDJL. And providing meals, care and legal support for local senior citizens with his organization, “Love Alive”.

He says, he knows he just did what any of us must do–STAND UP– and on the way, honored those who came before him.

If you’d like to get involved with Walter Peavy’s elderly care and advocacy organization, they’re contact information (256) 535-7176.