A third stimulus? How much you might get and when

President Joe Biden is calling for a $1.9 trillion stimulus package that includes checks for most Americans. Here's what you could get if it passes. 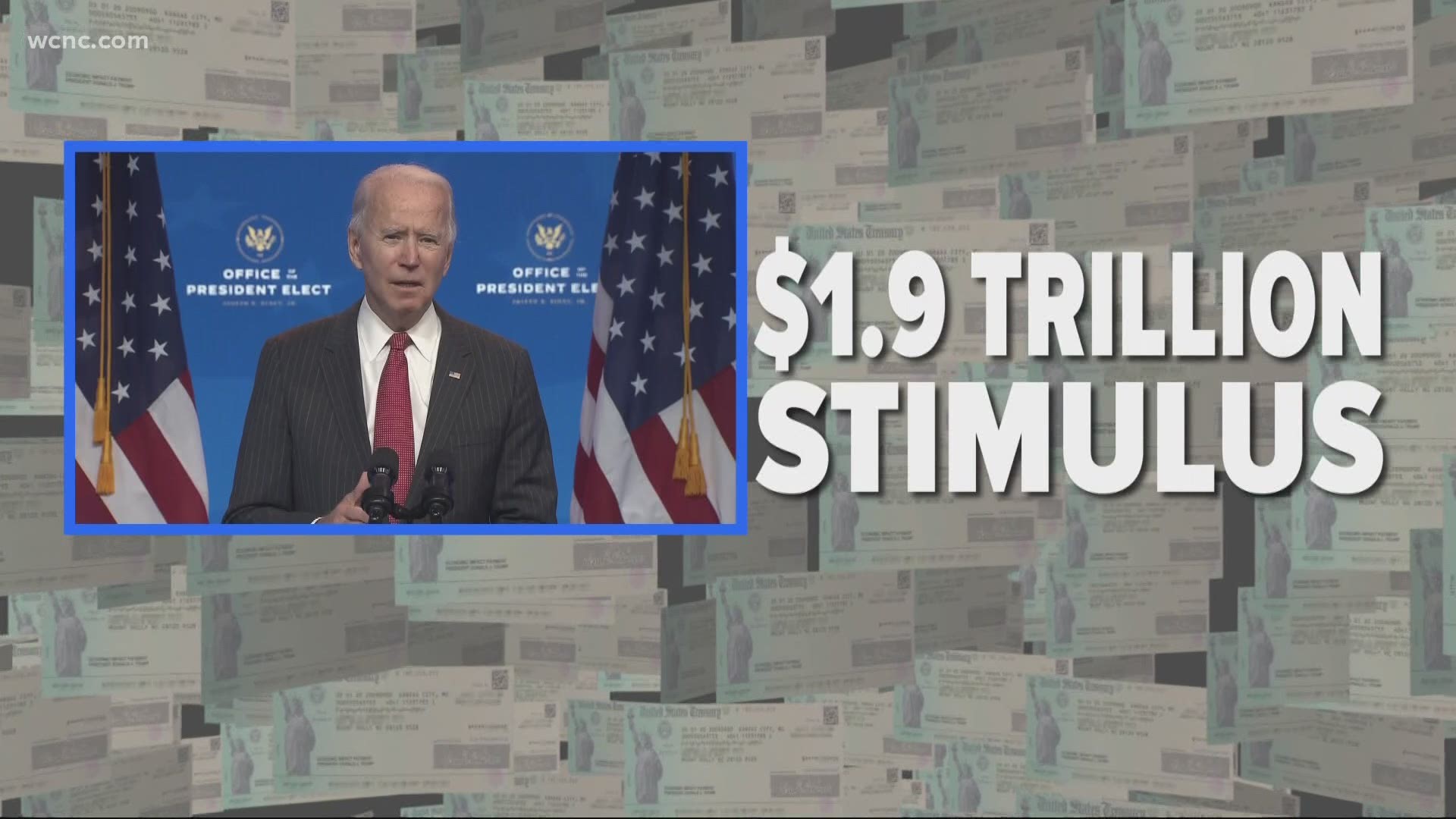 CHARLOTTE, N.C. — As of noon Wednesday, Joe Biden became the President of the United States. So what does that mean for more stimulus money in the coming months?

President Biden is planning an ambitious start, and with both houses of Congress being controlled by Democrats, the president plans to give Americans more stimulus checks.

As for children, if the Biden administration follows the recent footprint, it could give American families $1,400 per child under 17 to the person or persons who claimed that child as a dependent on their 2019 tax return. If you didn't file a return in 2019, the IRS will use the most recent data they have, which is likely your 2018 tax return.

As for unemployment benefits, President Biden's plan is to extend benefits through the end of September and provide $400 a week extra to the hardest hit workers.

This stimulus package, which would be the third one during the COVID-19 pandemic, also includes money for schools and colleges so they can reopen safely, and perhaps, fully. Biden also wants the minimum wage raised to $15 per hour. With a blue Congress and blue White House, it’s likely there will be little debate.

WCNC Charlotte often gets questions about the stimulus. Here are some of the most common answers to frequently asked questions.

Whoever claims the children on the most recent tax return is the person who will receive the stimulus money provided the children meet the eligibility requirements. Currently, children, 17 and under, claimed on 2019 tax return (or most recent return) are eligible for a $600.00 stimulus payment. It does not matter who actually has custody of the children, unless there are specific circumstances directed by a judge in a court order regarding custody and financial support.

As for being owed $60,000 in child support, the IRS will not garnish or withhold stimulus money for that reason, at least for this second round of stimulus.