"Taking a look at this week, we can expect Tennessee gas prices to rise anywhere from three to seven cents," according to AAA. 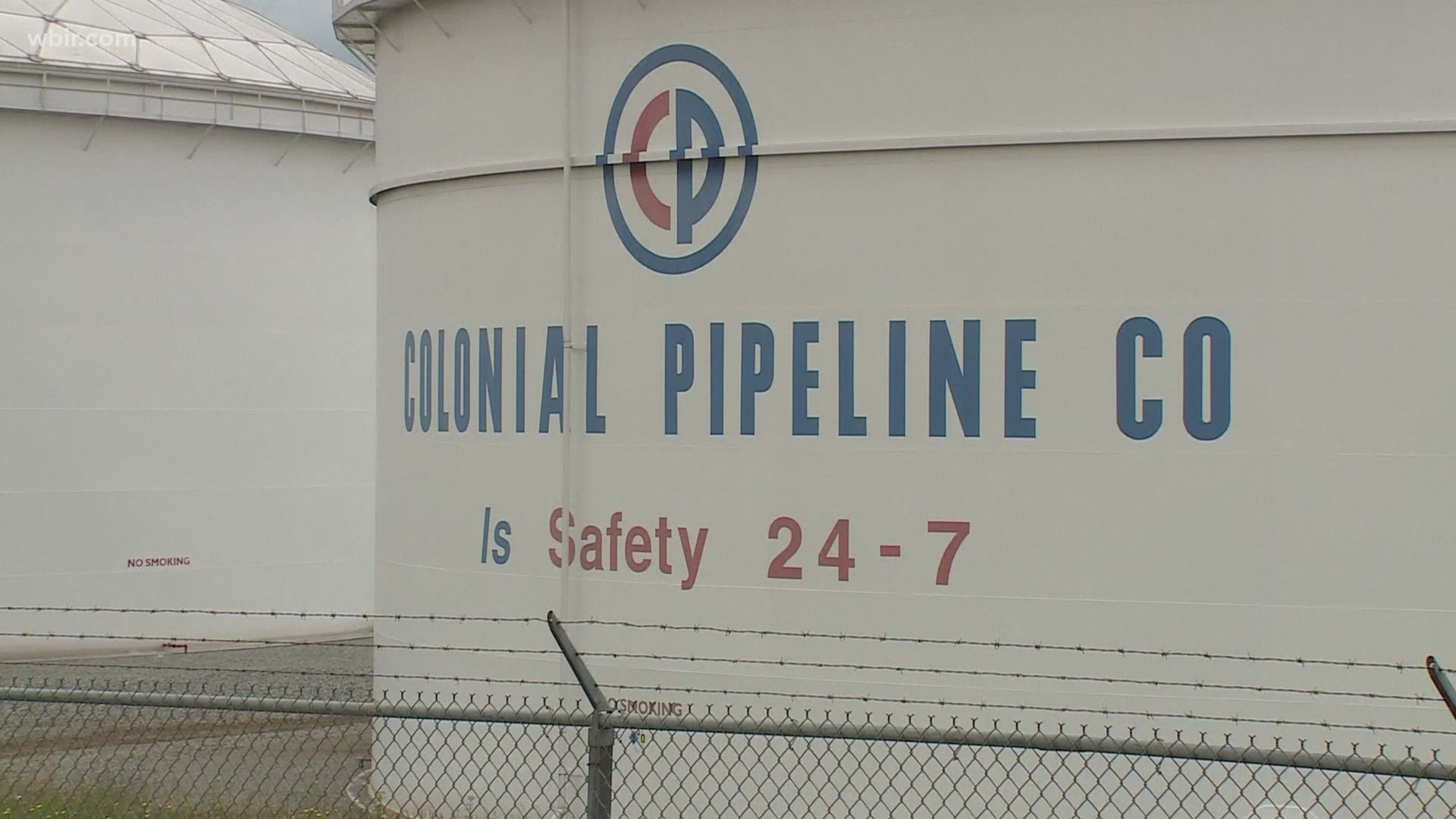 TENNESSEE, USA — Tennessee can expect gas prices to rise following a cyber extortion attempt on a vital U.S. pipeline that carries fuel from the Gulf Coast to the Northeast.

The Colonial Pipeline transports gasoline and other fuel through 10 states between Texas and New Jersey, and includes Tennessee. It delivers roughly 45% of the fuel consumed on the East Coast, according to the company.

That means we could see higher prices or decreased supply in Tennessee because we get a large portion of our gasoline through that pipeline.

"We can expect Tennessee gas prices to rise anywhere from three to seven cents. Of course, if that pipeline stays shut down for a while longer, we can see some more significant gas price increases, as well as some local outages in a lot of our areas," said Megan Cooper, AAA spokesperson.

Colonial Pipeline said Saturday that it had been hit by a ransomware attack and had halted all pipeline operations to deal with the threat. Two people close to the investigation said that the shutdown had been carried out by a criminal gang known as DarkSide that cultivates a Robin Hood image of stealing from corporations and giving a cut to charity.

As of Monday at 12:25 p.m., Colonial Pipeline officials said that "segments of our pipeline are being brought back online in a stepwise fashion, in compliance with relevant federal regulations and in close consultation with the Department of Energy, which is leading and coordinating the Federal Government’s response."

Colonial Pipeline officials said they proactively took some systems offline to contain the threat, "which temporarily halted all pipeline operations, and affected some of our IT systems."

"The Colonial operations team is executing a plan that involves an incremental process that will facilitate a return to service in a phased approach. This plan is based on a number of factors with safety and compliance driving our operational decisions, and the goal of substantially restoring operational service by the end of the week," according to a press release by Colonial Pipeline.

By the evening, the company said the line that runs from Greensboro, N.C. to Maryland was operating under manual control for a limited period of time to move existing product.

Futures for crude and fuel, prices that traders pay for contracts for delivery at some point in the future, typically begin to rise each year as the driving season approaches. The price you pay at the gas pump tends to follow.

The average U.S. price of regular-grade gasoline has jumped 6 cents over the past two weeks, to $3.02 per gallon, which is $1.05 higher than it was a year ago. Those year ago numbers are skewed somewhat because the nation was going into lockdown due to the pandemic.

The attack on the Colonial Pipeline could exacerbate that upward pressure on prices if it is unresolved for a period of time.

Futures jumped 1.5% Monday, the largest movement in about a week, with the potential for disruptions in fuel delivery still unknown.

Colonial is in the process of restarting portions of its network. It said Sunday that its main pipeline remained offline, but that some smaller lines were operational.

For the moment, seesawing prices may be felt mostly within the energy industry as suppliers adjust to potential shifts in the flow of gasoline.

More fuel may be sourced from East Cost refiners, J.P. Morgan said Monday, and an extended outage along the Colonial Pipeline would force suppliers to seek fuel from the Midwest, rather than the Gulf.

In response to the attack, the Biden administration loosened regulations for the transport of petroleum products on highways as part of an "all-hands-on-deck" effort to avoid disruptions in the fuel supply.

Knoxville-based Pilot said its systems were not impacted by the hack and it should be able to provide gas to all its customers.

"We have invested significantly in our supply chain infrastructure and while we rely on the pipeline to provide some of our fuel, we currently have sufficient inventory to supply our stores and our guests. We will continue to monitor the situation and keep our guests informed on supply availability at our travel center locations,” said Brad Jenkins, Senior Vice President of Supply and Distribution for Pilot.