Rocket City Coffee Company is celebrating MLK Jr. Day, and the rest of the week, with creative drink mixes. A portion of the proceeds will go towards a nonprofit. 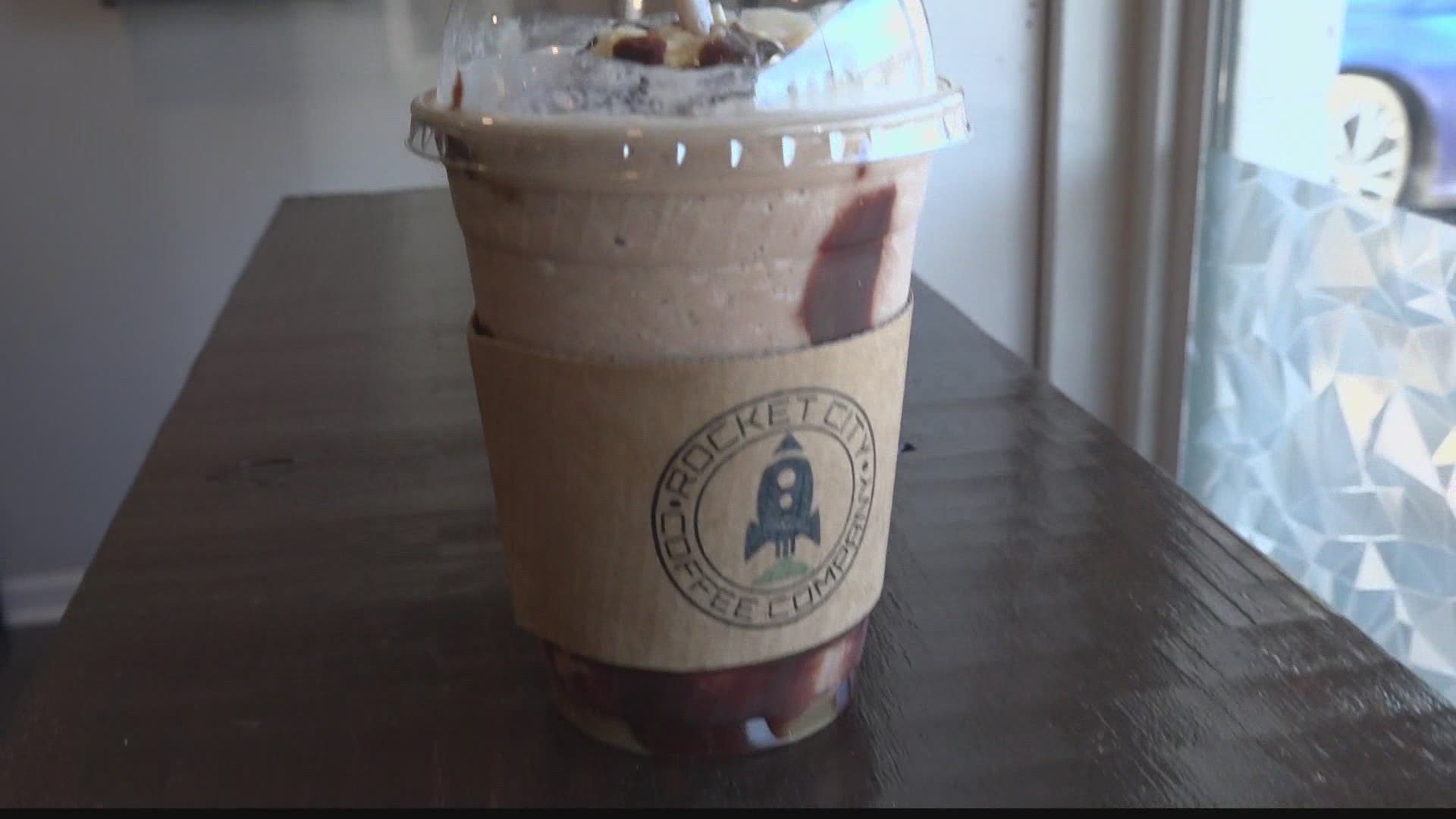 HUNTSVILLE, Ala. — A Huntsville coffee shop is celebrating the life of Dr. Martin Luther King, Jr., in their own way.

Rocket City Coffee Company is selling special drink mixes throughout the week with a portion of the proceeds going to a relevant non-profit.

The drinks consist of many flavors coming together, much like King wanted to bring people of all varieties together. They serve as a creative way to celebrate all that he did for the country and the world.

The colder option, the 'I Have A Dream' Frappé, has white chocolate mixed with mocha and caramel sauce, vanilla bean and chocolate chips and is also topped with whipped cream and caramel and mocha drizzle.

Both drinks include espresso imported from Hawaii.

A portion of the sales from the drink will be donated to a nonprofit that supports people of color once sales are final. The nonprofit of choice will be announced on the Rocket City Coffee Company Facebook page.

If you missed the chance to try a drink on Martin Luther King Jr. Day, don't worry, the café style drinks will be available at Rocket City Coffee Company until Friday, January 22.