It may be one of the best kept secrets in Virginia– the Army’s Transportation Museum. There are dozens of neat old army vehicles housed there. But m... 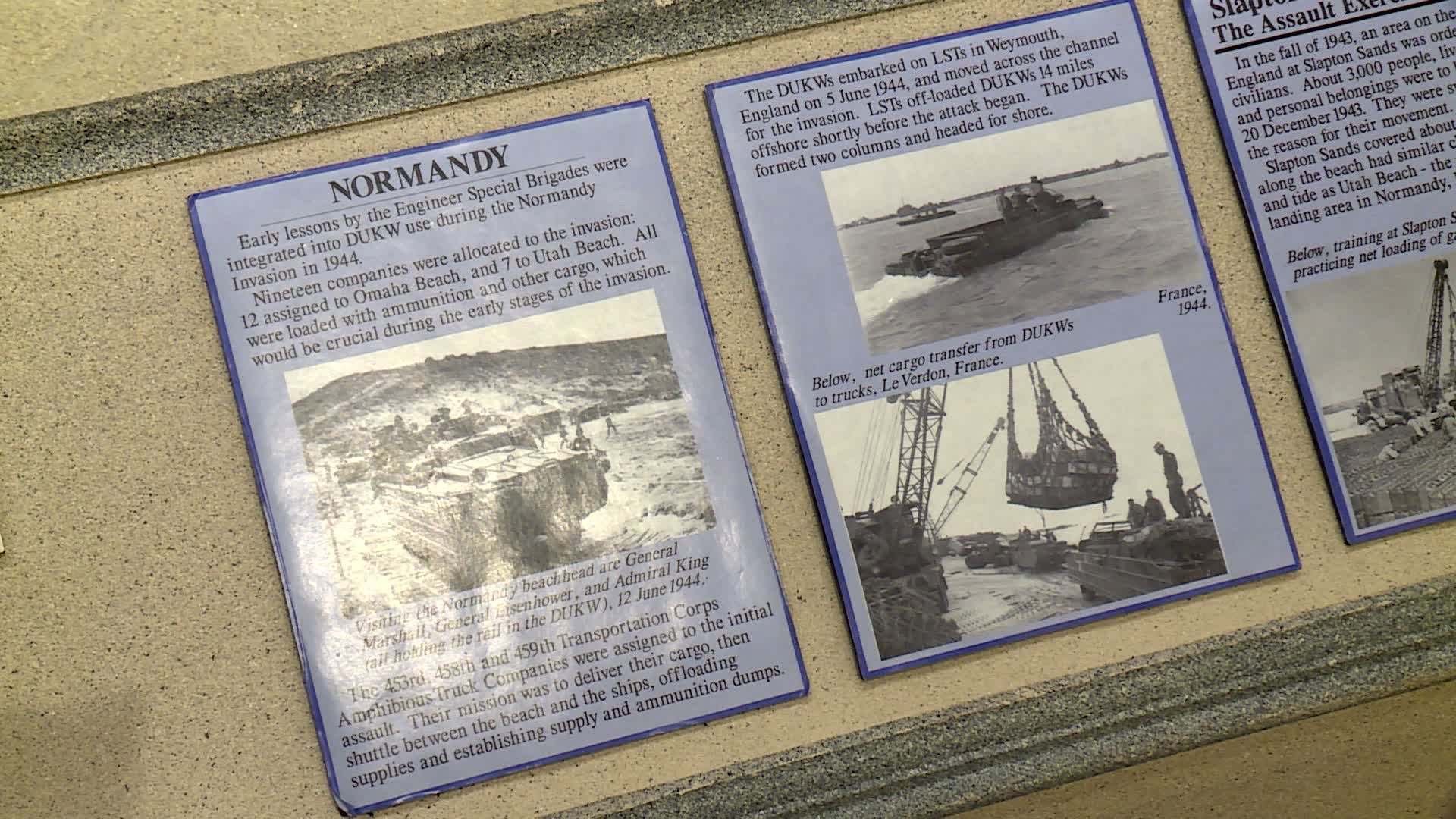 It may be one of the best kept secrets in Virginia– the Army’s Transportation Museum. There are dozens of neat old army vehicles housed there. But more importantly are the stories behind them- and the people to tell them.

“Well, (when) I was drafted, I was working on a farm with my father,” Former Army Chief Warrant Officer John Gragg remembers details from 74 years ago, as if it were yesterday.

In 1945, the army drafted Gragg while in high school in Wilmar, Arkansas. Less than a year later, he was 8 thousand miles away in the Phillipines, serving in the army’s nearly all black 24th infantry regiment.

“We started training on duck in the middle of ’47, duck boats.” The army’s version of a floating truck in the Korean war. “It was sea and land going, easy on gas, two and a half ton GMC engine, very powerful, it powers the six engines.”

Gragg remembers getting shot at, while crossing a river. “The enemy opened up on us with small arms fire from the beach. Well, thanks to the infrantry we was carrying -they opened up with their weapons from our ducks. We got one duck hit pretty bad.”

In 1966, Gragg completed warrant officer school, becoming the first black deck warrant officer, and captain of an army landing craft utility boat. “We had 12 u boats, 12 army captains, I’m the only black. 15 man crew, all white. They were good men, and (they) found out later I knew my job, and they’d do anything for me.”

Gragg says the biggest army ship he captained was a 300 foot fuel tanker. and, ironically, one of his fondest memories is of helping another 300 foot ship, a coast guard vessel, that ran a ground in the James River. “I got my tow line on him, was able to pull him off the mud flap, towed him to Ft. Eustis. The base commander was very happy that the army had to rescue the coast guard.”

During retirement, Gragg and his wife, Anne, ran a daycare  and school in Hampton. They raised 3 children. And, now, at 92, Chief Warrant Officer John Gragg looks back.

“Well, I had a wonderful ride, I had good days and bad days, more good than bad.”