We bring you the stories of veterans in our community. Veterans who are using their struggles to help others. Laura Caso has the story of unconditional love ... 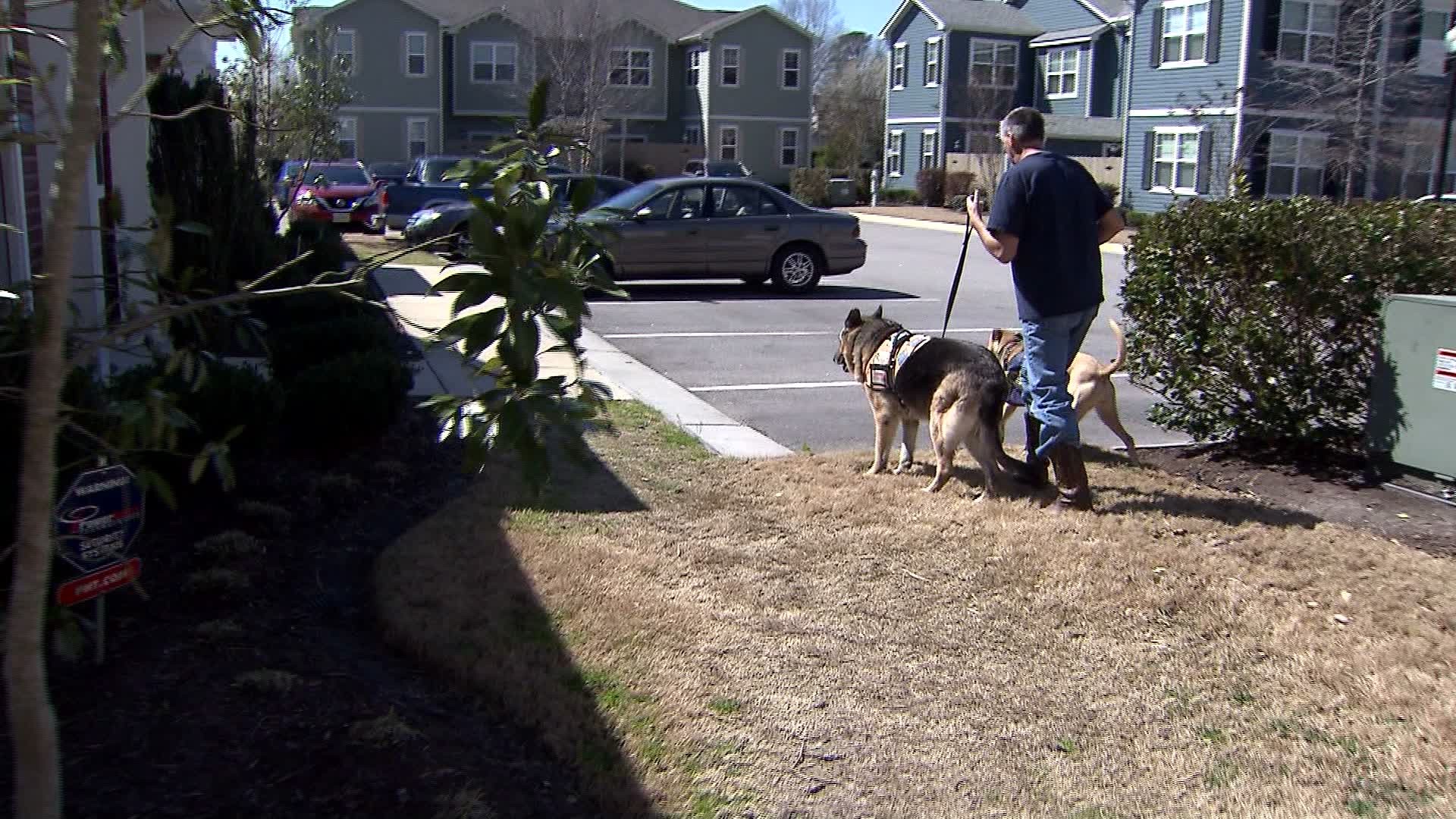 We bring you the stories of veterans in our community. Veterans who are using their struggles to help others.

LauraCaso has the story of unconditional love – how a service dog saved anarmy veterans life – time and time again.

At 140 pounds, with the stature of a soldier, this is Duke. A gentle giant, best friend, a battle buddy for Retired Army Sergeant Toby Yarbrough.

“At the beginning, I didn’t want one,” says Yarbrough. “I was like, I’m not disabled, I’m not blind, I’m not deaf, I don’t need one.” But now he credits Duke for saving his life after he was severely wounded during a 2002 deployment.

Yarbrough’s 20-year military career came to a crashing halt during Operation Enduring Freedom following the 9-11 terror attacks. He was on a mission to recover a front end loader in Afghanistan when, “in the process of repairing it, it shifted and when it did, it pinned me down, and when it did you had over 2000 tons on your back.”

In that moment – everything faded to black for Yarbrough. He would later wake up in a hospital bed in Germany. Alive, but paralyzed from the neck down.

He had broken his back in three places, suffered a traumatic brain injury robbing him of his short-term memory. “I had to learn to write, crawl, walk, talk, everything else.” He medically retired in 2003, struggled to overcome PTSD and seizures.

He returned home and shelled out 40-thousand dollars for the very animal that would save him time and time again. “He (Duke) was trained that he would nudge me and if I felt my medication in his mouth, I knew I was having a seizure.” Duke is even able to push a panic button when he knew medication wasn’t enough.

Duke passed just months after this was filmed. “He brought out the life in me, he would say, I want to go out farther and farther, I want to do this.”

That’s why Toby has made it his mission to match veterans with service dogs. Doctors, health specialists, even veterans from across the country team up with Toby to find the right service dog. It’s the life he wants other veterans to live.

“They are a blessing in disguise. I went from having Duke and he really changed my life.” Today… Sasha is Toby’s rescue dog. And for him…Sasha and Duke are not only man’s best friend, but the buddies fighting the battle long after war.