Navy veteran in an Army family

A veteran from Norfolk, Virginia went against the grain of service in his family — and ended up with quite a story to tell. “My grandfather was in t... 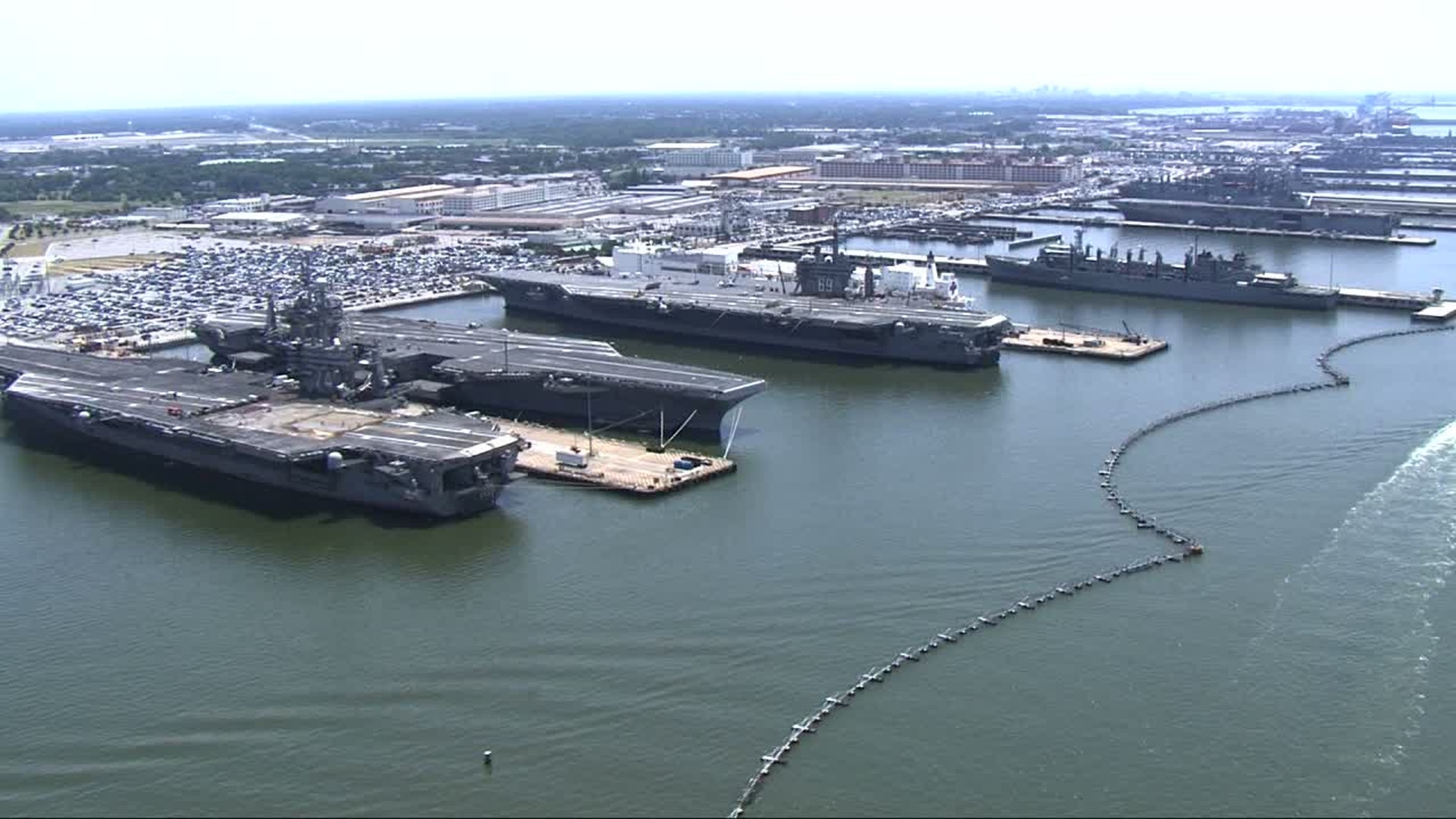 A veteran from Norfolk, Virginia went against the grain of service in his family — and ended up with quite a story to tell.

At 19, he made the trip to Naval Station Norfolk, the largest naval base in in the world.This retired US Navy Senior Chief had no idea when he started his military career — the challenges and accomplishments that awaited him. “You know when we talk about it and we talk about the history, I still get choked up a little bit about it,” says Sutter.

His first deployment was in 1991 aboard the USS Biddle – part of the historic Wisconsin Battle Group. “The Wisconsin, this launcher here, one of these launchers at the top, was one of the first launchers to launch a tomahawk missile into Iraq during the Persian Gulf War,” says Sutter.

One of Andy’s jobs while on the Biddle? Make sure no enemies followed American crews back after bombing runs. “We sat there because our extended range missiles could shoot down enemy clingons that were chasing our guys back to the ship.”

Over the years, Andy was deployed multiple times. His one constant? Janet. His wife. “My wife is amazing. You can’t do this job without having a solid foundation.” While his family life was solid, his career path was about to change.

He also took on a mission in an area called Um-Kassar to test if the hovercraft could make it through tight waterways. He followed this map – showing mine danger areas. “That was a very trying time. You’re flying in, off the coast of Iran and Kuwait with another hovercraft in tandem. No channel markers. No bouys. You’re on night vision goggles.”

The stressful mission was a success. In 2005, Andy’s career took him to Jordan, on board the USS Ashland. “I woke up the next morning and I heard what sounded like a big, huge trash can or dumpster getting dumped onto the ground.” He quickly learned – that wasn’t a dumpster.

It was a rocket.

“They were pulling the Kearsarge off and you could see right where it hit the warehouse and we didn’t know what the heck was going on except we had just came under this attack,” says Sutter. Andy says all of the training they did paid off. “You just have to react. You can’t do, you can’t think, you just have to react.”

A Jordanian officer died in the attack, but no American lives were lost. All on board the Ashland received the Combat Action Ribbon for their response that day.

In May of 2014, US Navy Senior Chief Andy Sutter retired. In his civilian life, he owns the Freedom Boat Club based in Portsmouth. This once lost teenager…found his calling in the Navy…and now as successful businessman – makes a living on the very waters where he once trained.