It’s military camaraderie of another kind, a sense of community found in hometowns throughout the U.S. This group of women didn’t sign up to serve their c... 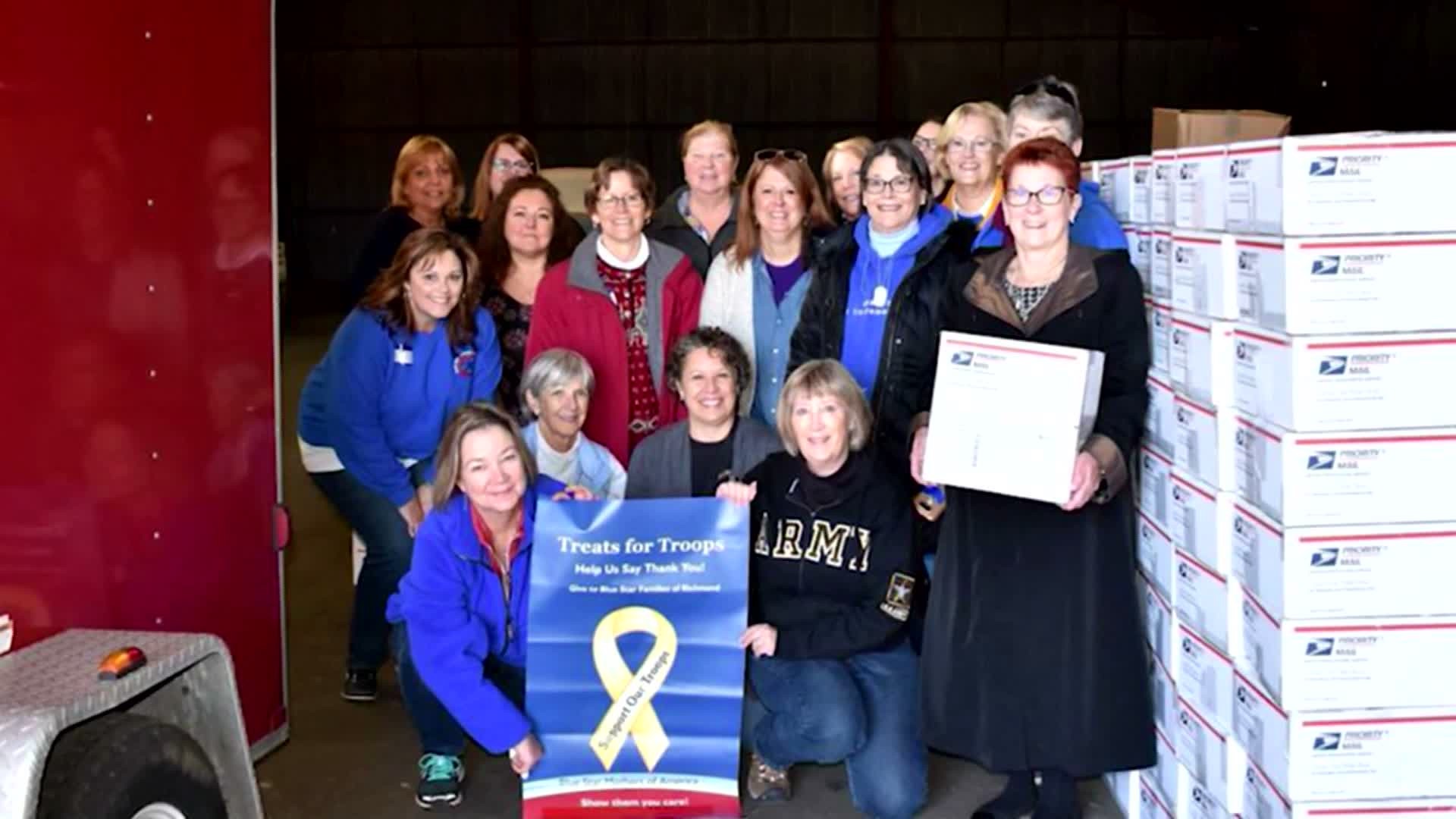 It’s military camaraderie of another kind, a senseof community found in hometowns throughout the U.S.

This group of women didn’t sign up to servetheir country, but their sons and daughters did. There are more than 200chapters of the Blue Star Mothers of America.

In Virginia’s capital city, they call themselves the Blue Star Families of Richmond. Stephanie Sill says it’s a sisterhood. Sill’s son’s deployment made her appreciate other moms who can relate. She says, “My oldest son Joshua is actually a veteran now of the army. He served about 8 years. He plays with bombs for a living so pretty much every day was a stressful day for me.”

Moms with grown children in dangerous places are fighting their own battles on the homefront. They say that as a mom, you really have to turn to people like your friends and the Blue Star moms who understand what you’re going through. The group gets together all year long, packing “Treats for Troops”, sending care packages to dozens of active duty service members, and each December, decorating a holiday tree at the Virginia War Memorial.

And they also support moms who’ve lost a child in action. One of the other missions of Blue Star Moms is to take care of Gold Star Mothers. On that holiday tree, gold ornaments honor the fallen. They also pay tribute at the local cemetery.

Susan Hulcher is one of the newest members ofthe group. She joins nearly 6,000 members across the country. Right now, herdaughter is deployed in the Middle East. Hulcher says, “I joined the groupand immediately they sent a care package to my daughter.”

These moms say they are filled with emotions while supporting their sons and daughters. Pride to have a child in uniform, coupled with worry and uncertainty during moves and deployments. These strong women wear their blue stars proudly. Stephanie Sill says, “My kid went and joined the military. Well, I can do my part here in my hometown by taking care of those who also served.”

Find your closest chapter at https://www.bluestarmothers.org/.