These veterans were given the opportunity to throw a first pitch ball the day before Memorial Day, a day to honor those who have sacrificed so much for this country. 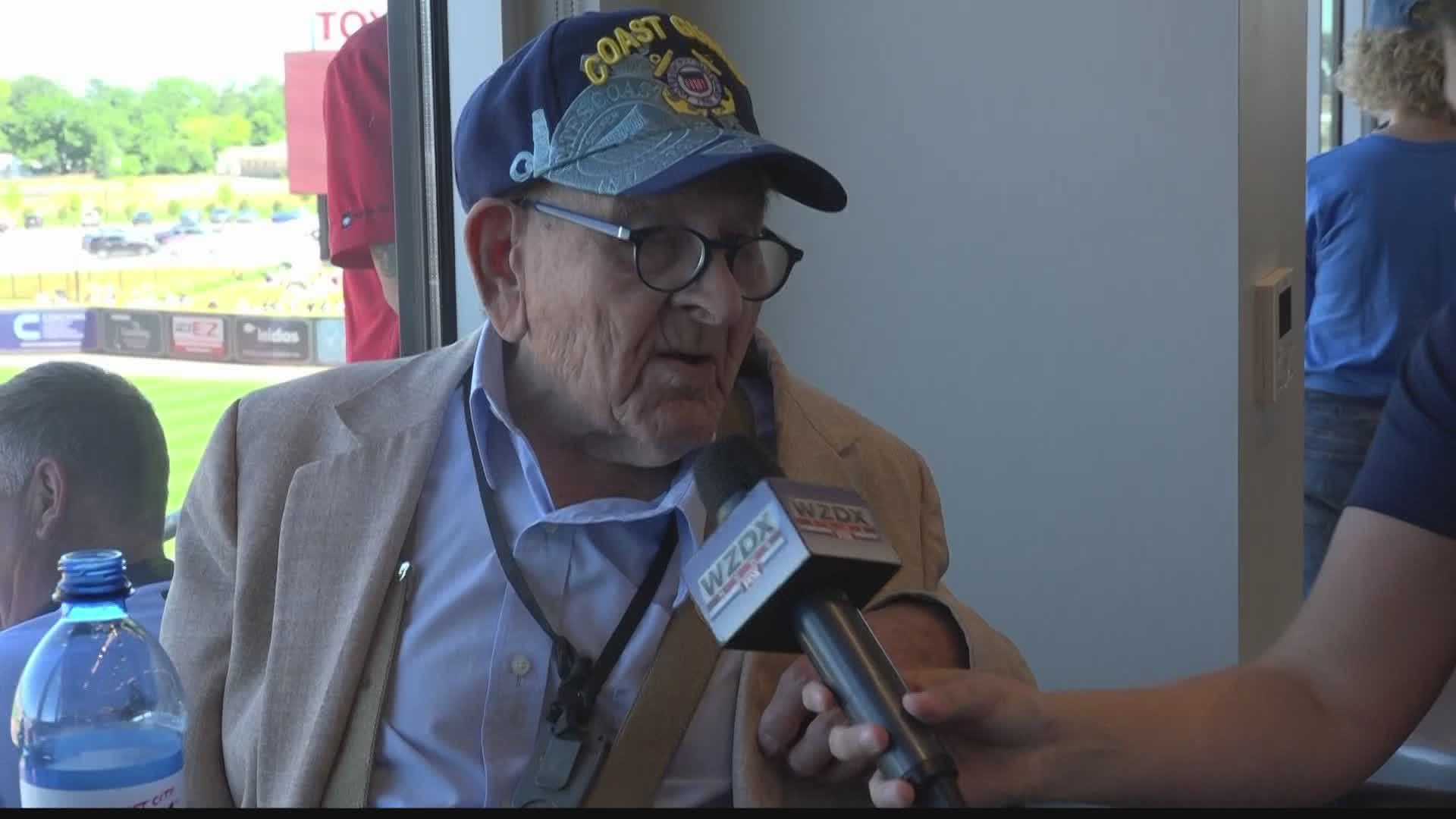 HUNTSVILLE, Ala. — The great-grandson of one of the veterans and former UAH baseball player, Brooks Brophey, talks about what an honor throwing a first pitch is.

"I think it's an awesome honor you know it recognizes somebody and for whatever they do and, you know, Pop-Pop, great example, that he's a great veteran. He's a great hero and you know, all the veterans, it's about the first pitch you had 5,000 people on their feet standing cheering."

This mass reaction was shocking to the veterans.

"Oh, it's unbelievable, the response of the people and how much the people care and everything," said Bud Hill, 103-year-old veteran.

But the love is very much reciprocated...

"People, I love people play a mouse smile and places. It's great, I love them," said Major Wooten, 104-year-old veteran.

One of these veterans is very familiar with the game of baseball, in fact, he used to play among some of the greats:

Now he's made it back to the field once again.

"You know what, when you get 99-years-old and still able to walk and move by yourself as a blessing in itself, and here I am over here throwing out the first pitch. Wonderful. Wonderful," said Malone.

And Hill is glad to be out in the thick of it all.

"When you're 103 and a half, you don't see much excitement, but it's been a wonderful day I have really enjoyed being here," said Hill.

Wooten's great-grandson mentions how none of this would be possible without the sacrifices that these and other veterans have made.

"You know, baseball is America's pastime but we wouldn't be able to come to baseball games to do anything like that without these, these great veterans," said Brophey.

"And I'll tell you the truth, it's great to be seen," said Wooten.

RELATED: Veterans' stories can be preserved by putting them in schools