In Hampton, a navy veteran has taken her military skills and applied them to running her own business. As a woman and a veteran, she’s seen as an anomaly,... 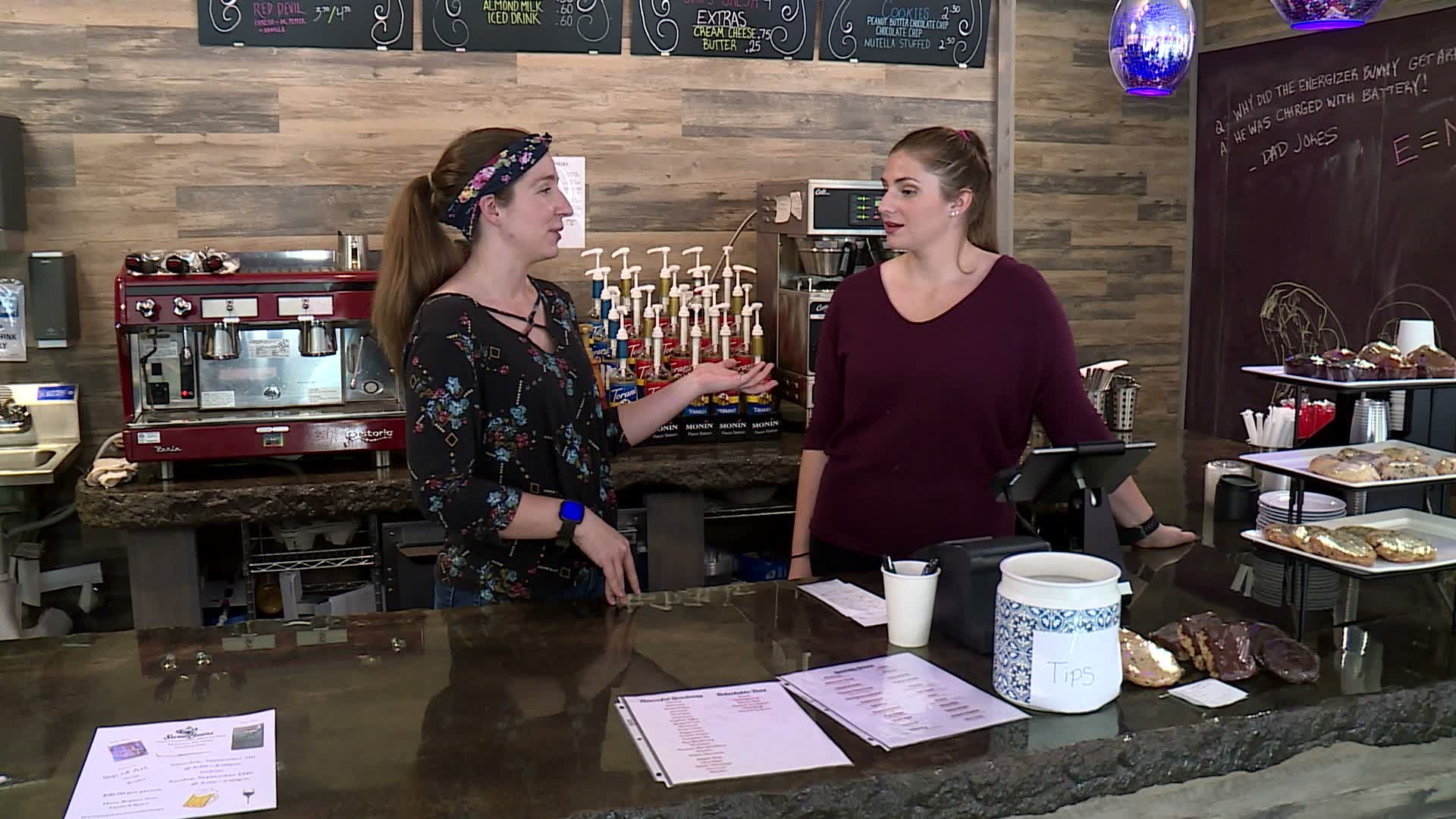 In Hampton, a navy veteran has taken her military skills and applied them to running her own business. As a woman and a veteran, she’s seen as an anomaly, and that’s something she hopes to change.

There’s something about a coffee shop that pulls you in. It might be the tasty drinks or the cozy couches. At Sweet Beans, it’s the smiles you’ll see behind the counter. This coffee shop is Mallory Rugg’s passion project.

Nearly a 10 years ago, Mallory started working as a barista, when her husband first enlisted in the Army.  She loved it. “I said I just figured out what I want to do for the rest of my life and I don’t want to work for anyone else doing it.”

But first, she felt called to serve and joined the navy in 2012. “I was a fire controlman, I was a spy technician.” That’s when she met her best friend, Heather Amodeo. Their families became close, and, as luck would have it, both families wound up in Norfolk in 2017. Then Mallory asked Heather a very important question. “She was like, alright I’m going to ask you a really important question. I was like “okay what is it?” She was like “are you serious about the coffee shop?” I was like “yeah I am and then we hit the ground running,” says Heather.

Mallory finished her enlistment, but still works on base as an instructor. “It was so much harder than I anticipated. I wasn’t prepared for how every single bank would want something different in the business plan,” says Mallory.

But finally, they got a loan and found a spot, not far from NASA Langley.  They opened in May and already have loyal customers, and some are surprised to hear their story. “When they come here and they are surprised by two factors all at once: one, they say “are you they owner?” we say yes and they’re like “oh!” and then they find out that I was in the military and they’re like “really? both of those things?” so it’s really funny to have that conversation and once they find out about those, then it starts this really great conversation.”

As a female and veteran owned business, Sweet Beans is somewhat of an anomaly. But they believe that this stereotype is changing. Mallory and Heather are determined to help other women by giving them advice on how to start their own businesses.

“If you are so passionate about something and you feel like you have something you can sell, then exhaust all outlets.”