Frederick Moseley, a retired master sergeant in the United States Marine Corps, is our third Salute to the Military winner. 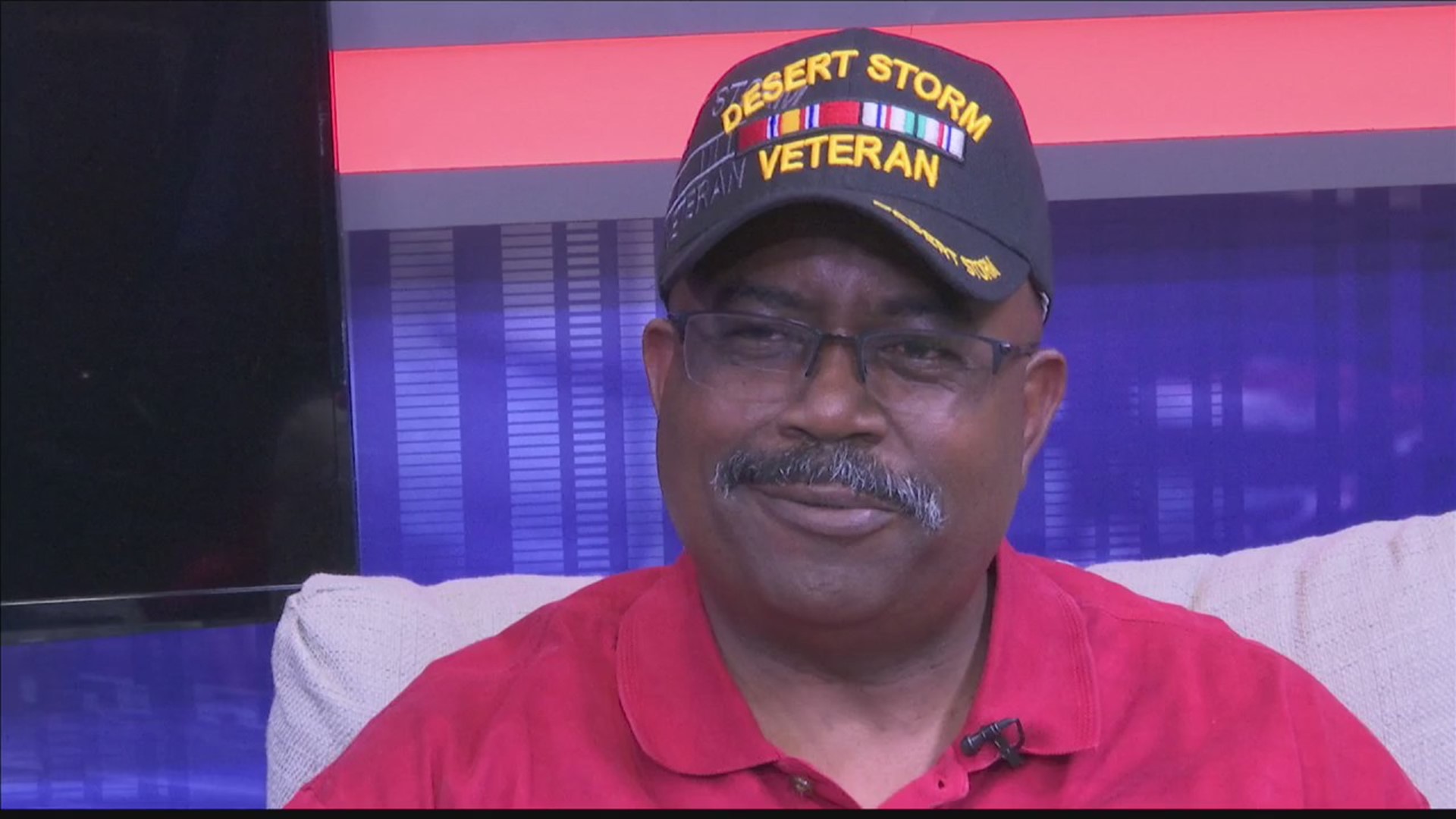 Frederick Moseley spent 20 years of active duty in the military.  A United States Marine Corps veteran, he comes from a big military family. It all began with some parental guidance.

The Marine Corps has allowed Moseley to become a standout military man — he was even there for Operation Desert Storm. Perhaps more importantly, he’s taken what he’s learned in the military to become the man he is today.

“I grew up in the Marine Corp, and I learned a lot,” remembers Moseley. “I learned to be on time, to be responsible, how to talk to people, how to get stuff done, and how to bring the best out in people.”

Moseley retired from the Corps in 1999, but he still serves his community through a bread ministry he’s had with his wife for 20 years — and they do it free of charge.  On the whole, he says retired life has been rewarding.

“I’m in between jobs. I lost my job last year, so I’ve been unemployed almost a year, and I’m temporarily working right now.  But the Lord has blessed me — my health is great, my family is great. I met my wife down in New Orleans when I was recruiting in the Marine Corps, and she’s the love of my life, so it’s been great.”

Moseley came from a big family and now has a big family of his own — including children and grandchildren. Everyone in it knows how special he is.

While son-in-laws and mother-in-laws stereotypically don’t get along, nothing could be further from the truth when it comes to Moseley and his mother-in-law, Johnnie Mae Edwards. “When I got married, God blessed me with two boys. Little did I know, that later in life, he would give me a third one that I would not want to let go.”

In addition to Still Serving Veterans, Zaxby’s is one of the big names that helped make this day possible for Moseley. While the restaurant takes pride in serving us, it also takes pride in the men and women who served our country.

“It’s hard to place a value on all the things veterans have done for us,” says Kelly Sanderson, a Zaxby’s franchisee from Fort Payne. “This is something that can help out.”

Frederick, thank you very much for your service, and congratulations on being one of our “Salute to the Military winners – you deserve the honor.