It’s a sense of community for a group of veterans who often find themselves isolated. Tucked in a quiet neighborhood just south of Richmond, Virginia, thi... 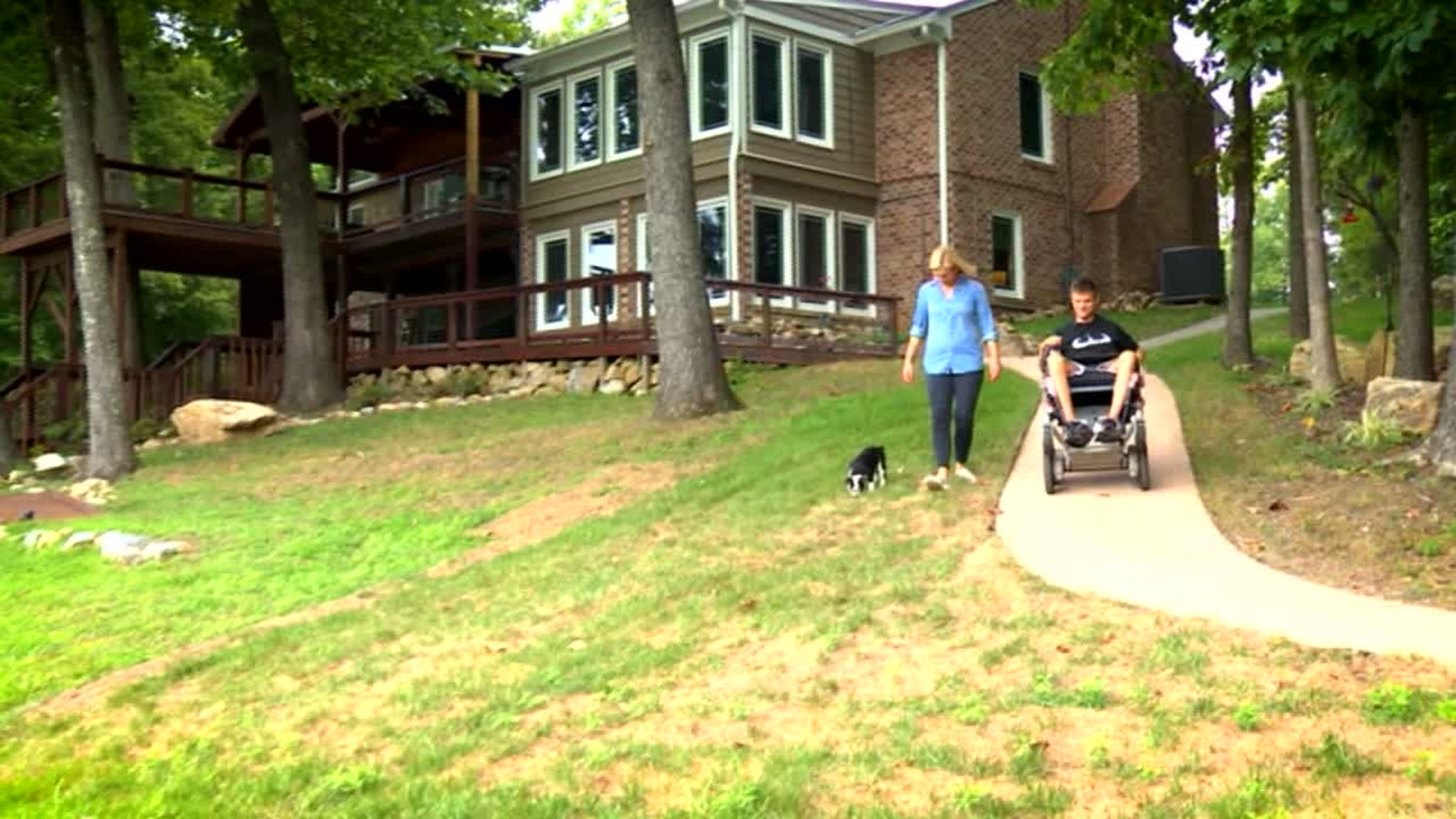 It’s a sense of community for a group of veterans who often find themselves isolated.

Tucked in a quiet neighborhood just south of Richmond, Virginia, this home is part of James Howard’s new normal. The retired army ranger survived being wounded by shrapnel and explosions in Iraq before a diving accident ultimately left him paralyzed.

Howard served multiple tours overseas, and now, he serves others who have served. Each month for the past five years, he has hosted a disabled veterans retreat with his non-profit Veterans and Athletes United, inviting vets of all ages and backgrounds into his home.

Howard has spent years renovating his home to be accessible. Widening doors to fit his chair, adding an elevator out back, even landscaping multiple paths down to the water below. “We can bring lots of veterans out from the VA, poly trauma, spinal cord injury, long term living care. Just get a day away from the hospital.”

After his injuries, Howard says a sense of community helped him push forward. “Being around others and seeing how they do things. You know I don’t have any hand function but I find ways to pick up cups or close doors… It’s the little things you pick up on and learn from others that I think are most important here.”

Jerry Dalay is returning for his third time. For him, he says it also helps to just be around other people who “get it”. “It’s the camaraderie. It’s hard to communicate with a regular civilian that hasn’t been in a combat situation so usually we just isolate ourselves.”

Among the group, stroke survivors, those recovering from a traumatic brain injury, some new to wheelchairs, each story is unique. And, a reminder that not all wounds are visible. The common thread? They all wore a military uniform.

This retreat is Eunice Norman’s second time out of the hospital in weeks. She served four years in the army four decades ago and is now receiving treatment at Richmond’s McGuire VA Medical Center. “It’s an everyday struggle I mean, you have to fight for what you want and you have to push yourself and it’s just you have to have ambition to go where you wanna go, because it’s easy to get stuck in a chair if you give up on your dream of walking again.”

Working to recover, or learning a new normal, opportunity this combat veteran has seized at each fork in the road. “Really help you see that life’s not over. You can continue to move forward and make the best of things and really just continue to do what you did before just kinda do it in a different way.”

Retreats like these happen in both Virginia and North Carolina, and all disabled veterans are welcome.