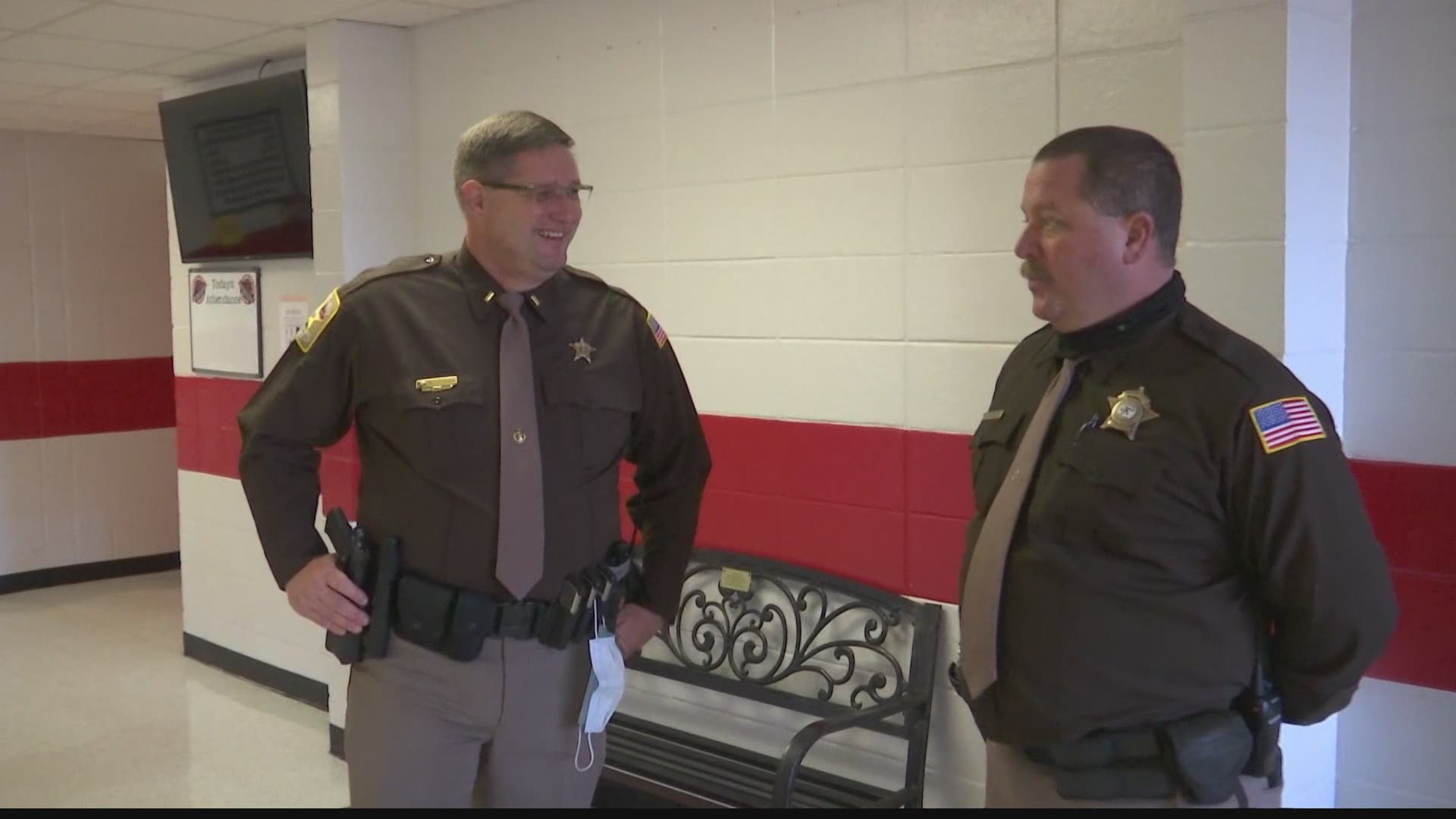 ELKMONT, Ala. — School resource officers protect and serve to make sure kids are safe, but one Limestone County Sheriff's deputy goes above and beyond on and off campus.

"It's just a dream of mine growing up. I wanted to go into law enforcement or firefighter," says Pendergrass.

"I just noticed from the very beginning that he takes on responsibilities to help the school anyway he could that went above and beyond," says Elkmont High School Principal, Elizabeth Cantrell.

"I just appreciate his heart for students, Elementary, High School students. As emergency situations come up - emergencies, things like that - he's right there on the frontline," says Elkmont Elementary School Principal, Larry Saulsberry.

From selling snacks to coaching sports, Pendergrass' great presence impacts all who knows him.

"He was our coach in middle school. We cut up with him. We had fun," says Elkmont High School Sophomore, Mykell Murrah.

His son, Jacob Pendergrass, knows first-hand. "He talks to the kids a lot. I think he's got a bond with a lot of them," says Jacob.

"High School has been difficult for some kids and always like good to know that we have someone like "JP" around that's always there when we're up here," says Elkmont High School Senior, Emma Guthrie.

"JP" is just one of his nicknames. "The elementary students call me 'Mr. Pickles' or 'Deputy Pickles'," says Pendergrass. Pendergrass says the backstory to the nickname was when he was coaching baseball several years ago, and a little girl couldn't pronounce "Pendergrass".

However, like many in law enforcement, Pendergrass does face challenges. "The legal aspects of it, making sure that we are not allowing children to go with people they're not allowed to go with," says Pendergrass.

Challenges include teaching kids about drug awareness. He's also faced some changes during the pandemic. "Just reminding the kids through class change to just keep your mask on," he says.

Overall, Pendergrass says working as an SRO is more than a duty. "It's not just a job, it's a family," says Pendergrass.

Someone you know could be the next Valley's First Responder, but they need your nomination.

Do you know a first responder who deserves special recognition? Nominate them here.