Sgt. Tim Clardy Jr. Is a 17-year veteran who works in the General Investigations Unit of the Huntsville Police Department. He got to where he is now by followin...

Sgt. Tim Clardy Jr. Is a 17-year veteran who works in the General Investigations Unit of the Huntsville Police Department. He got to where he is now by following in the footsteps of an early hero.

“I’m a second-generation police officer,” says Sgt. Clardy. “My dad was a Huntsville police officer. He retired with 33 years of service. I currently have a cousin who works up here with us too.”

One of the most rewarding parts of the job for Sgt. Clardy is his ability to help others. Additionally, he likes being able to come into work every day, knowing that fellow officers have his back too.

He explains, “You get into a lot of different situations, and you have to look to the person next to you. You never know what’s going to happen, but you know that they’re there for you.”

He thinks the Huntsville Police Department is a step above the rest, specifically because it takes care of the people who work there.
“Huntsville’s a very professional police department.” He goes on to say, “They put a lot of work into their officers, they invest a lot of training in their officers, and it’s just a good department to work for.”

Sgt. Clardy has worked his way up to supervisor – he’s now the head of his unit, and the investigators he supervises make his job, well, a pleasure.

“My role right now is supervising the Investigative Unit. I go over all the cases that come in that day or the day before and assign the cases to the different investigators in my unit. I watch over them and help them with anything that they need.” Then he says with a smile, “I have a really good unit, so my job is fairly easy right now.” 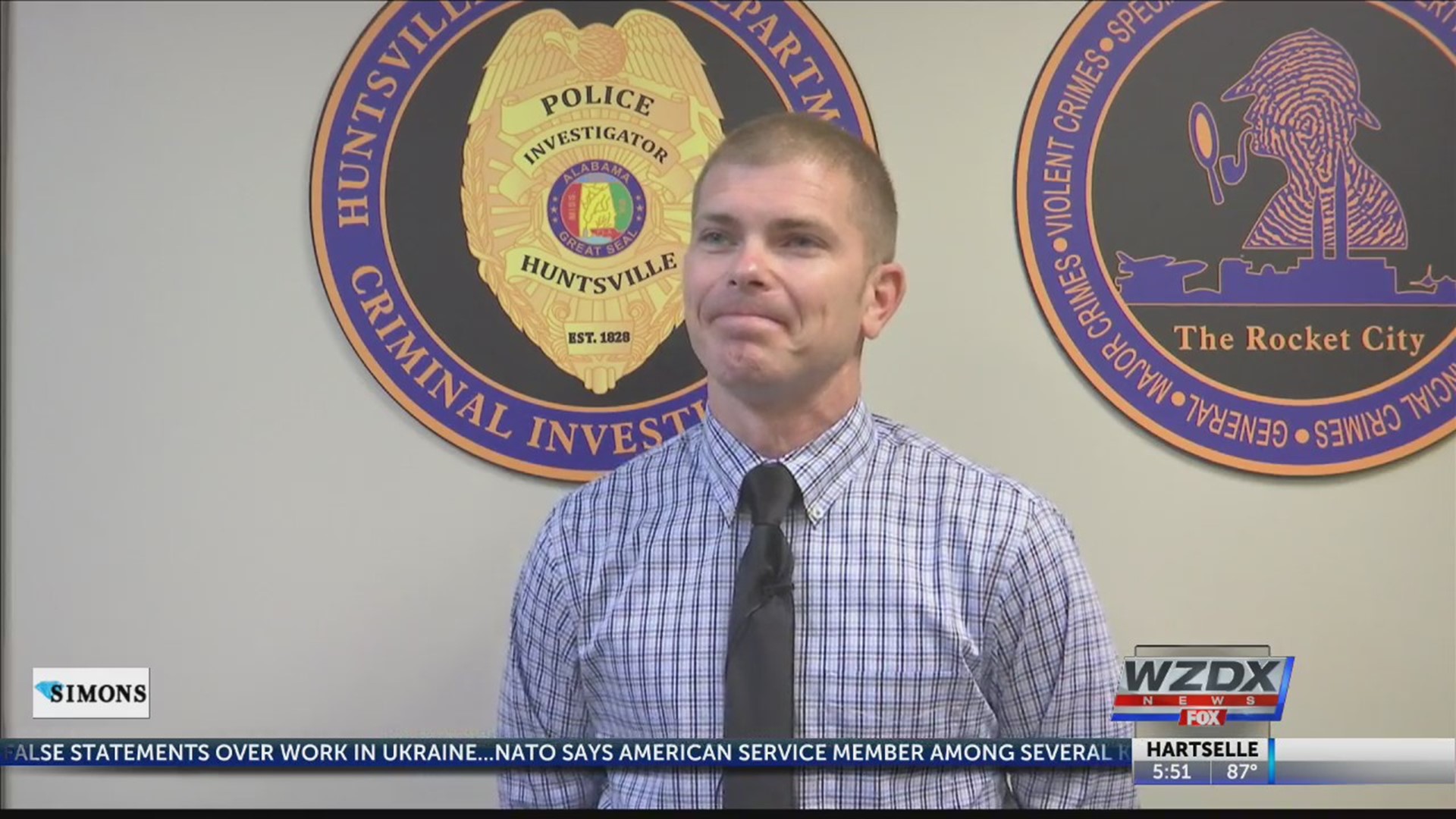