Firefighter Ron Hopkins has been at it for more than three decades. He’s been with Station 2 in Madison for nearly half that time. When you hear the siren... 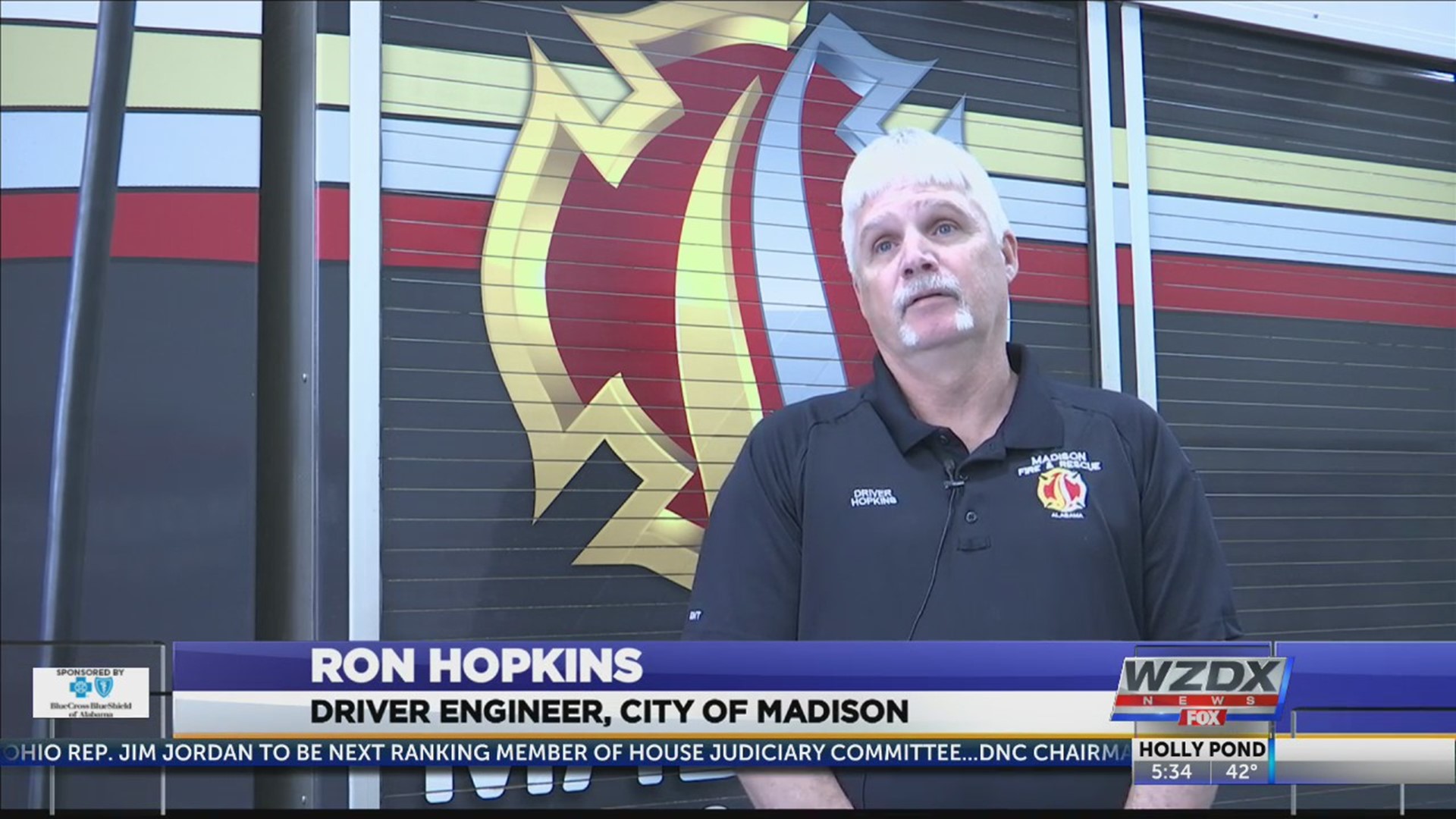 Firefighter Ron Hopkins has been at it for more than three decades. He’s been with Station 2 in Madison for nearly half that time. When you hear the siren or see the lights flashing on a firetruck, he’s the guy behind the wheel, making sure the crew gets to an emergency as quickly and safely as possible. Hopkins tells me about how he first got started in the business.

“Well, I first started volunteering in the Moores Mill area,” remembers Hopkins. “Then in 1988, I became a firefighter.”

Hopkins’ doing this for as long as he has is clearly a reflection of how much he enjoys the job and those he works with.

“We’re just a big family, we have fun. I’m here more than I am at home, and we just have fun.”

RELATED: Move over for first responders

And it’s not just the people at the station who make the job so great. Hopkin stalks about the people he meets out in the field and what he loves about that.

“Helping people, friendships that you make and just the experience.”

Hopkins paid his legacy of first response forward to his two sons. One is a driver with Station 1 and the other is a deputy with the Madison County Sheriff’s Office. But early in his career, he played a huge role in the life of a child who wasn’t his.

“I delivered a child about 30 years ago. That’s the best experience I had as firefighter.”

I ask him if he still stays in touch with her.

I met Ron Hopkins two weeks ago, and I can see he’s very well-loved over at Station 2, and the City of Madison is lucky to have him.