Harley Watts is the Valley's First Responder for February. 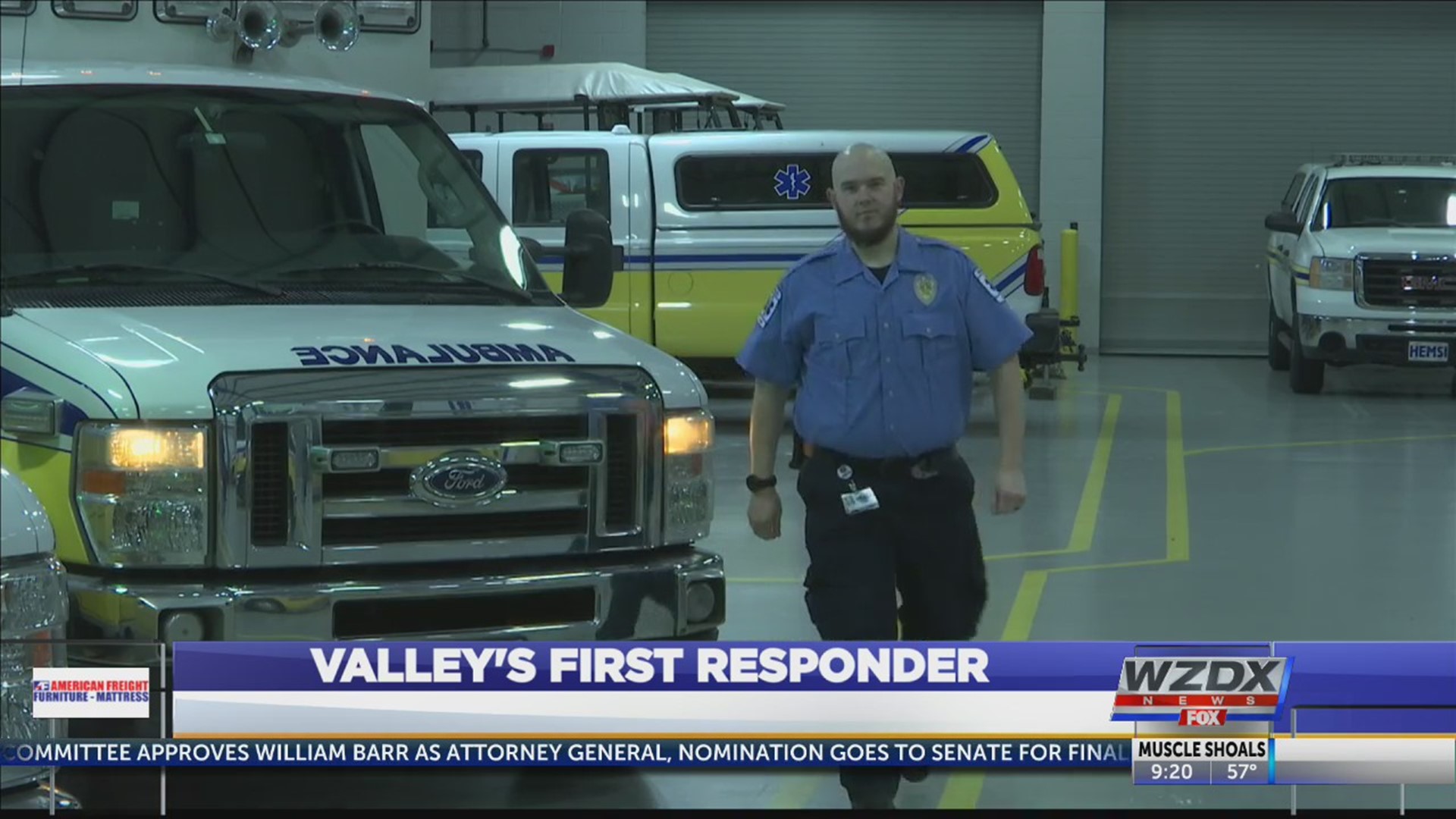 Harley Watts splits his time as a dispatcher at the Madison County Fire Department, where he has worked for 12 years and suiting up for emergency situations as an advanced EMT at HEMSI, where he’s worked for four years.  He describes his work there as his passion.

“I got into it, and I didn’t know what to expect. It’s been one of the most fulfilling careers I have ever had,” said Watts.

What drives him is helping others.

“Being there not only for the public but also for my partner for those in need,” he said. “It’s gratifying to know that I can help somebody and make a difference in someone’s life that maybe no one else could at that moment.”

Watts says he constantly strives to learn and be the best he can be on the job.

“Education is paramount,” he said.

Watts says he tries to keep the mindset that he’s a student.  He shows me a booklet of awards and achievements over the twenty years he’s worked in public safety. He says looking through these pages helps him remember where he came from.

“I have a personal philosophy, and it’s based on a quote by Einstein. Try not to be a man of success but a man of value. That’s what I want to be. I want to be of value to my fellow man,” said Watts. “So if you want to talk about success– how to be successful with EMS, it starts with the people you work with. You have to rely on them, they rely on you. You support each other.”

Congrats to Harley, and thank you for your service to our community!