Retail, restaurants and residential living will be added to MidCity

MidCity is a major source of entertainment here in Huntsville, and it continues to grow. RCP Companies has many plans to add more to the district over time. 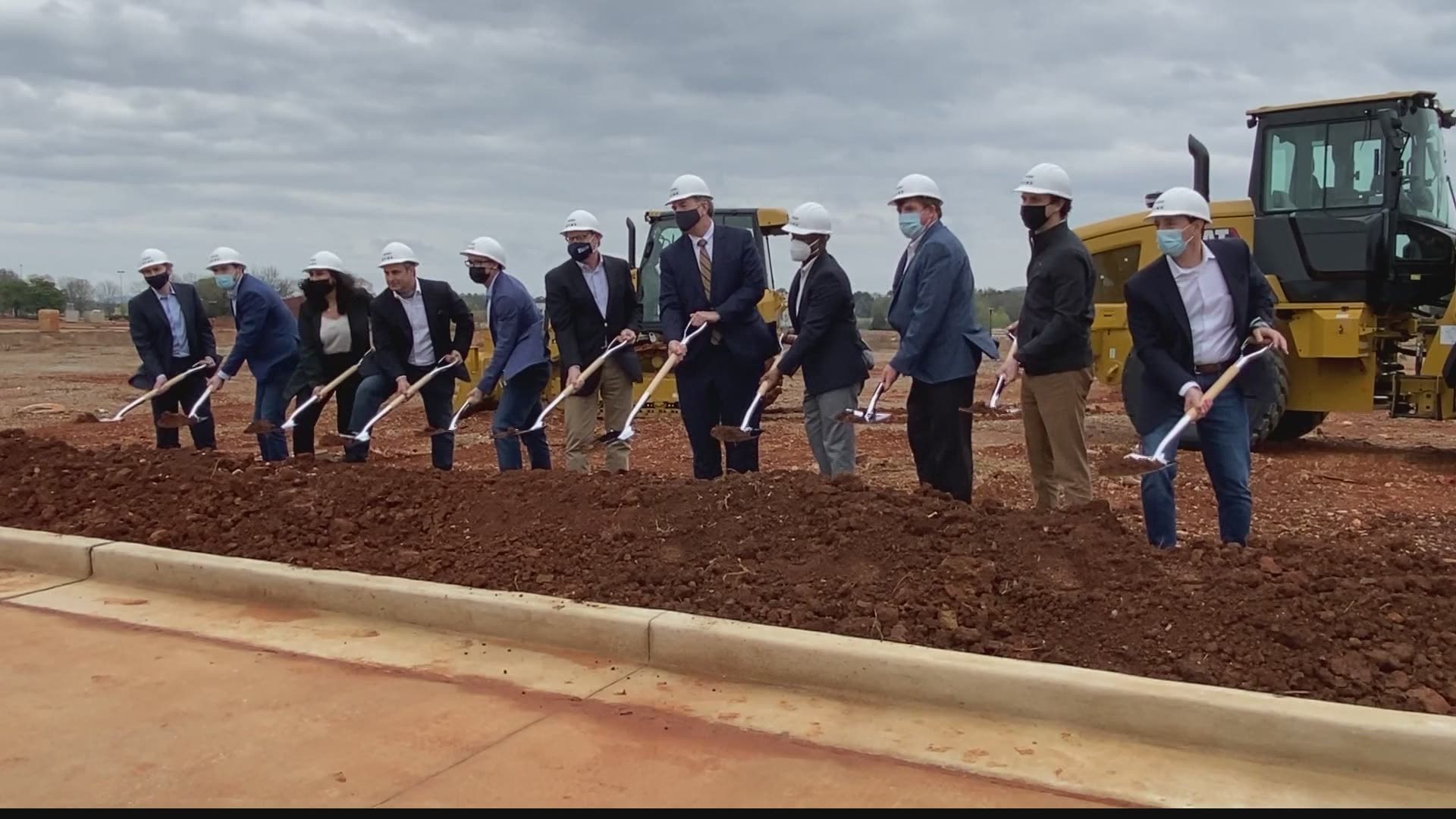 HUNTSVILLE, Ala — RCP Companies broke ground in MidCity, where eventually an apartment called Metronome will stand.

The five-story building will include nearly 300 apartment homes and offer 12 different floor plans. It will also be home to boutique services, fitness, retail and restaurants all located on the ground floor. Pre-leasing is set to begin later in 2022 with completion in mid-2023.

"When we finally came together we would do the best of urban living, the urban development where you can live, work and play, and you can look around here, there's a lot of places to play around here, we're now starting to build the places where you can live," said Huntsville Mayor Tommy Battle. "The work ethic of it is that we have work that could be found either here within this project or there's work to be found in Research Park east and Research Park west and we'll see the growth of an entire city."

This is huge news for MidCity alongside the many other plans for the area.

MidCity is a major source of entertainment here in Huntsville, and it continues to grow. RCP Companies has many plans to add more to the district over time.

"So, when you come out to MidCity you'll see a bunch of retail in the front. We're gonna be finishing out the retail strip on the north side of the district, and then as you drive through the center of the district, things start getting more vertical. So, you'll see five and six-story buildings and that's one of the buildings that we're breaking ground on today is Metronome," said Nadia Niakossary, business developer with RCP Companies. "Metronome will be 296 apartments over retail on the first floor and then in future phases, we're about to start on two hotels, more residential, more retail and then office in the near future. The amphitheater is under construction, going vertical now and Trader Joe's will hopefully open later this year."

RELATED: Huntsville Amphitheater to open in Spring 2022 at MidCity District

The newest additions to MidCity are Kamado Ramen, Kung Fu Tea and Wahlburgers. There are plans to put in more retail and restaurants in the district but those plans are not set in stone as of right now, they are under an LOI, or letter of intent.

All of this is in addition to the already established businesses there, such as Top Golf, High-Point, Dave & Busters and more.