Halloween is one of the best days of the year for Hasel Smith, and this one will be no exception. 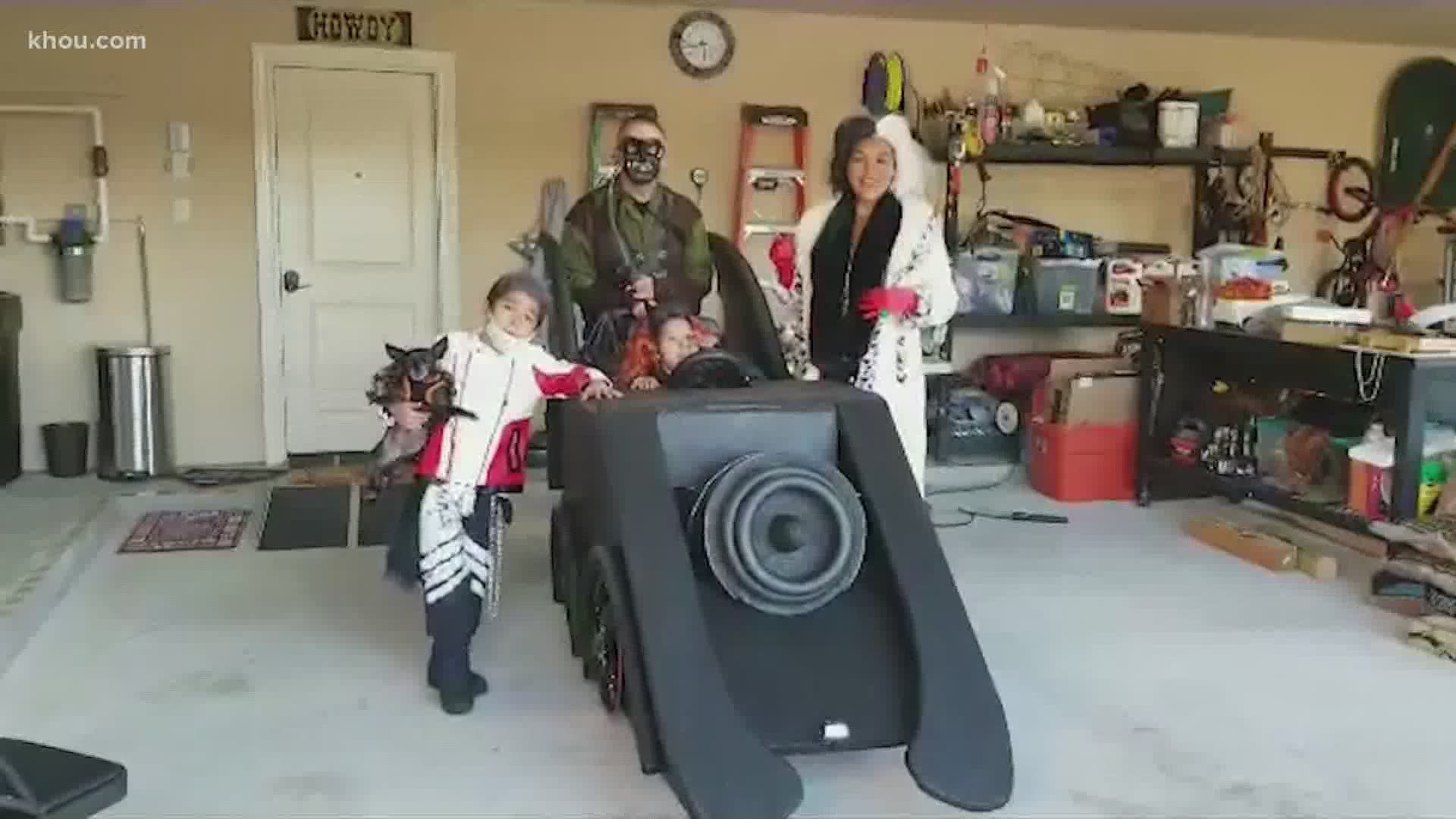 KATY, Texas — Life hasn’t been easy for Hasel Smith, a Katy teen who was born with a rare chromosome disorder. She struggles with symptoms of cerebral palsy and is in a wheelchair.

“She has good understanding of her surroundings, but her body does not let her show her brain abilities,” mom Nubia explained.

She said Hasel sometimes gets depressed when people stare at her and kids whisper questions to their parents.

But all that is forgotten on Halloween thanks to Hasel’s creative parents. Nubia and husband Michael create elaborate Halloween costumes for their daughter every year and transform her wheelchair to match the theme.

“Every year, she decides on a costume to wear and we please her by converting her wheelchair into a marvelous transportation for her character,” Nubia said.

There was the princess in a horse-drawn carriage, Rainbow Dash from My Little Pony and Daenerys Targaryen from “Game of Thrones.”

This year, Hasel chose Batgirl so her wheelchair will become the Batmobile.

“Every year we try to beat the prior costume by making it better for her,” Nubia said.

Neighbors in the Firethorne subdivision look forward to seeing Hasel shine in her amazing costumes each Halloween.

Nubia said it takes her up to two weeks to create the complicated costumes, in between juggling her job and being a mom.  She starts in September.

Little brother Harlie, 7,  gets his own cool costumes and he helps gather candy for Hasel.