Liam Gossett asked his parents if he could sell hot chocolate to buy Christmas gifts for kids who needed them. No one expected the impact his idea would make. 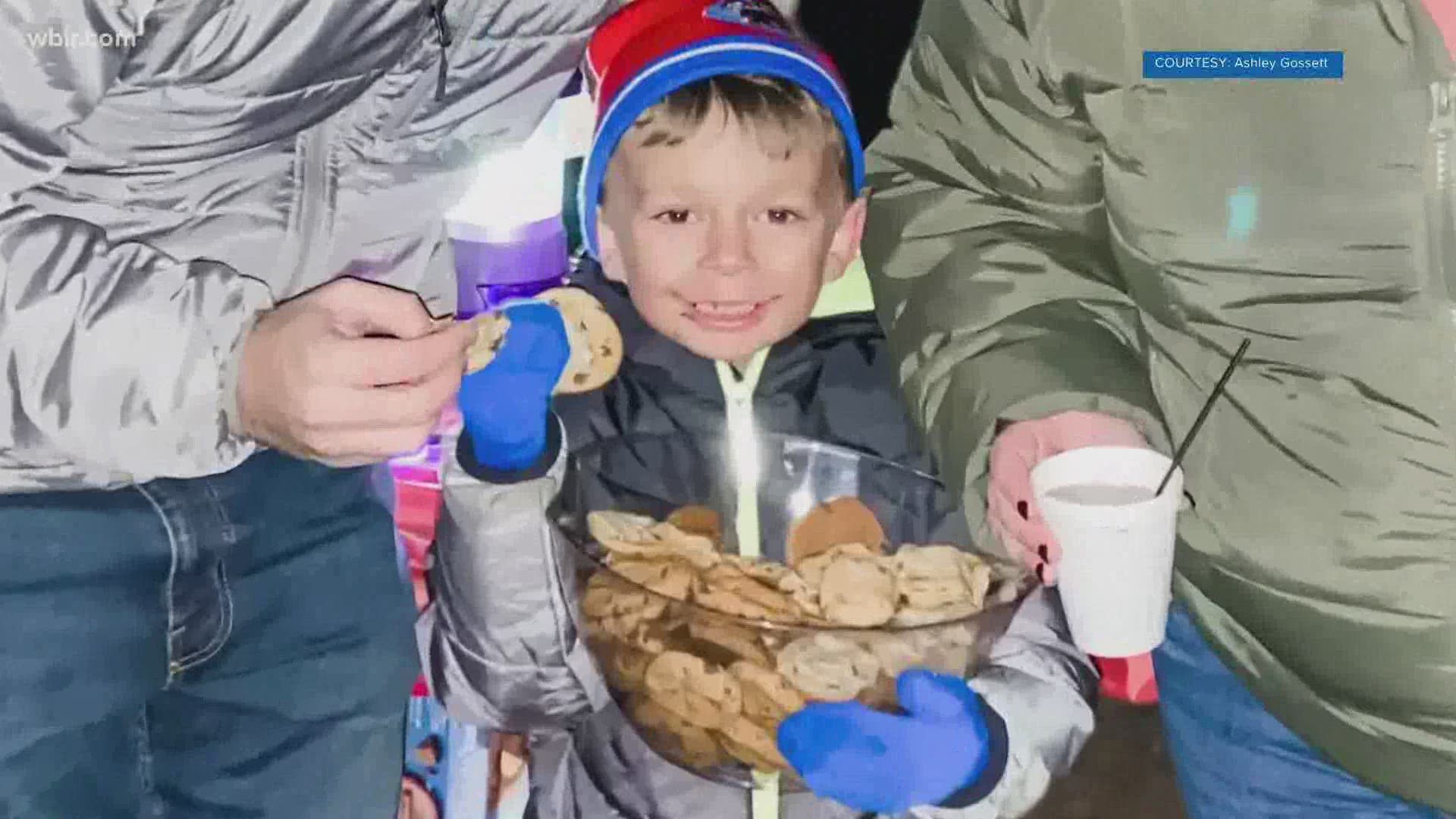 SEYMOUR, Tenn. — With just a few weeks until Christmas, Liam Gossett, 5, isn't sure where he stands with Santa Claus.

When asked if he was naughty or nice this year, he looked at both his parents and shrugged. However, all signs indicate that he made the nice list.

Liam braved the cold Saturday and Sunday to make an idea he had become reality.

"He was like, 'I wanna have a hot chocolate stand to buy kids Christmas presents,'" said Liam's mom Ashley Gossett. "So we just kind of looked at each other and were like 'okay.'"

Gossett shared Liam's plans on her Facebook page, and the donations started rolling in.

Friends and neighbors donated supplies, sent in money from across the country and packed his block in Seymour Saturday night all to get some hot chocolate.

"It kind of spiraled. We didn't think it'd end up being as big as it was," said Gossett.

Credit: Ashley Gossett
Liam stands in front of his hot chocolate station with a homemade sign.

"We had a line of cars coming from both directions at one point. Sorry to the neighborhood for causing that traffic jam," said Liam's dad Jordan Gossett.

Liam raised $1,400, which his family is using to bring a great Christmas to a local single mom and her three kids.

"For him to come up with that idea on his own we were just, we were blown away. We're just so excited and proud of him," said Gossett.

He may be young, but Liam knows what it's like to live through tough times.

His parents adopted him and his two sisters out of the foster care system this spring.

It's not just Liam. The whole family lives to make others smile.

Over the summer, they celebrated Christmas in July by handing out cards with money to customers at their local Walmart.

"We've always wanted to instill that in our kids, we've always said that from the beginning, helping others," she said.

Liam is already planning to hold his hot chocolate stand again next year, and said he feels good that some kids will have gifts this year thanks to him.

Anyone who would like to donate to Liam's cause and help him buy gifts for an additional family can send donations to Ashely Gossett. Her payment details are below: