When preacher didn't show up for wedding, Good Samaritan showed up to save the day

The wedding party scrambled to find a replacement preacher after the original wedding's start time. 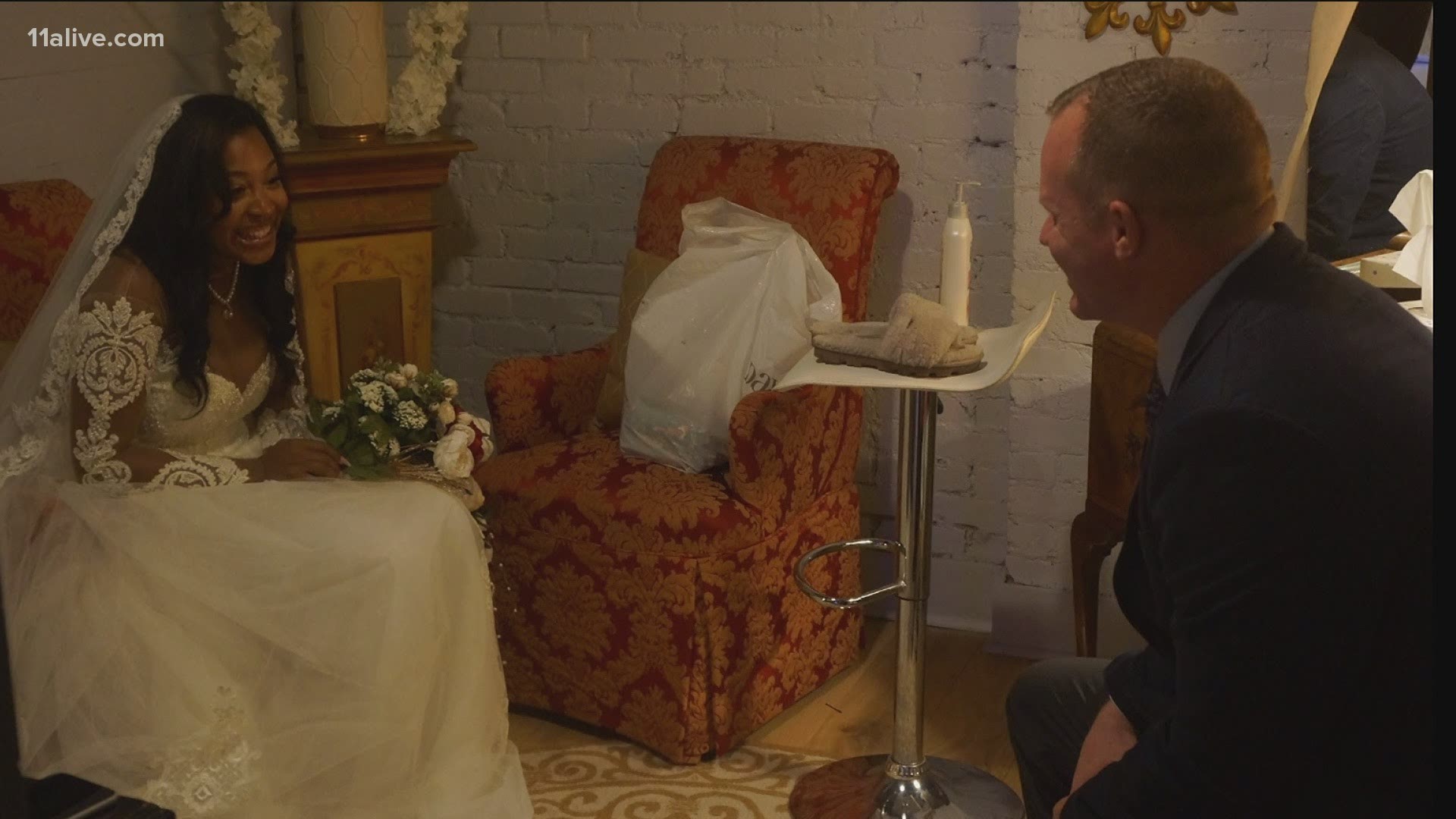 ATLANTA — Shana and Eric met three years ago and knew right away they were a perfect match.

Eric said he had planned to propose, but then the pandemic hit -- so he waited.

"There’s so much uncertainty with the virus," he said. "I was tired of waiting. I'd had the ring already for a few months."

So Eric popped the question. The happy couple set their wedding date for November 29, on his late mother's birthday.

The beautiful bride was in her gown, waiting to walk down the aisle. The groom was dressed to impress. But, the preacher was nowhere to be found.

So, the bridal party jumped into action.

"I have three best men and they started calling people, trying to Google a pastor in the area," Eric said. "They were doing everything they can to help."

Eventually, groomsman Deshawn Howard stumbled upon a pastor who lived just a few blocks away. In the middle of yard work, Pastor Chris Holcombe just happened to answer his phone.

1 / 6
Eric & Shana
A Good Samaritan pastor was able to step in for Eric and Shana's wedding officiant at the last minute, when the originally scheduled person was no where to be found.

"He was about to clean his gutters at home when Deshawn called him. He called back in about 12-15 minutes," Eric said. "He was there on-site, dressed; ready to do it."

"He was booted and suited," Shana said, laughing.

"When he got there, he met with us individually, and then prayed with both of us," she said.

Then, the wedding finally got underway, and the Williams' could not have been more grateful.

"Words can't describe how grateful we are to him," Eric said.

Shana had a special message for Pastor Holcombe.

"You gave yourself to us. I don't know we could ever repay you for that love you shared for us on that day," she said "To just stop what you were doing and instantly serve us on our special day was just incredible. You truly saved the day, we just bless you, we thank God for you."