Annaliese Miller raised over $2,500 on Fourth of July weekend by selling lemonade and cookies with all profits going toward "blessing bags" for heroes in need. 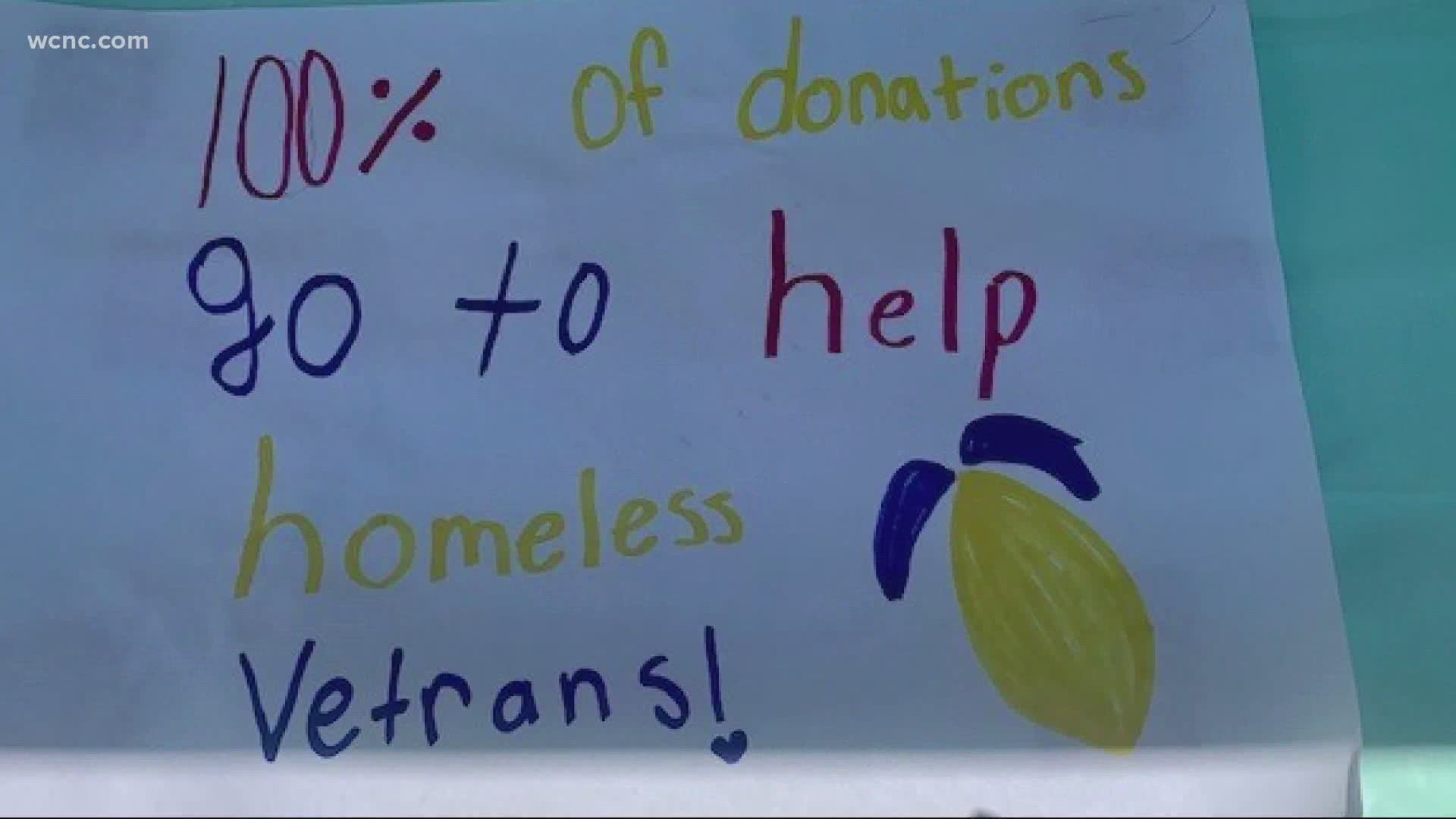 CHARLOTTE, N.C. — To some people it's just a lemonade stand, but to Annaliese Miller, it's an organization she launched to help veterans who fell on hard times.

“I always thought it was wrong that if they’re fighting for our lives and then when they come out of war they don’t have a home when they’re risking their lives for ours,” Miller said.

This Fourth of July weekend, the 10-year-old raised $2,500 in front of her family's house to support homeless veterans in her community. Her profits from selling lemonade and cookies turned into "blessing bags" that were donated to veterans.

“We were selling everything for a dollar but a lot of people gave extras,” Miller said.

Miller fills each bag with donated items, like non-perishable foods, hygiene items, as well as tarps and sleeping bags for homeless veterans on the road.

This past Christmas, she was able to donate 30 blessing bags for veterans after raising $3,000 from her lemonade stand, which is part of the Lemon Aid Stand for Veterans charity.

“They’re kind of like kits and necessities for them like with toothbrushes and toothpaste and all that stuff,” Miller said.

RELATED: Waxhaw teen uses her Christmas money to buy coats for the homeless in uptown

Her efforts landed her an honorary veteran award from the Foothills Veterans Services. She was also honored by the Veterans Bridge Home after raising over $1,300 toward its mission to help veterans.

So what's next for this ambitious 10-year-old

"We’re hoping to do some more LemonAid stand this year and right now were trying to fill up 50 blessing backpacks," Miller said.

People who would like to help Miller fill more backpacks and help veterans can click here for more information.

RELATED: 'We haven't had closure' | Families waiting to have proper military burials for veterans due to pandemic