With 25,000 restaurant employees furloughed or laid off, and a 70% decrease in sales across the board, restaurants are getting creative in order to stay afloat. 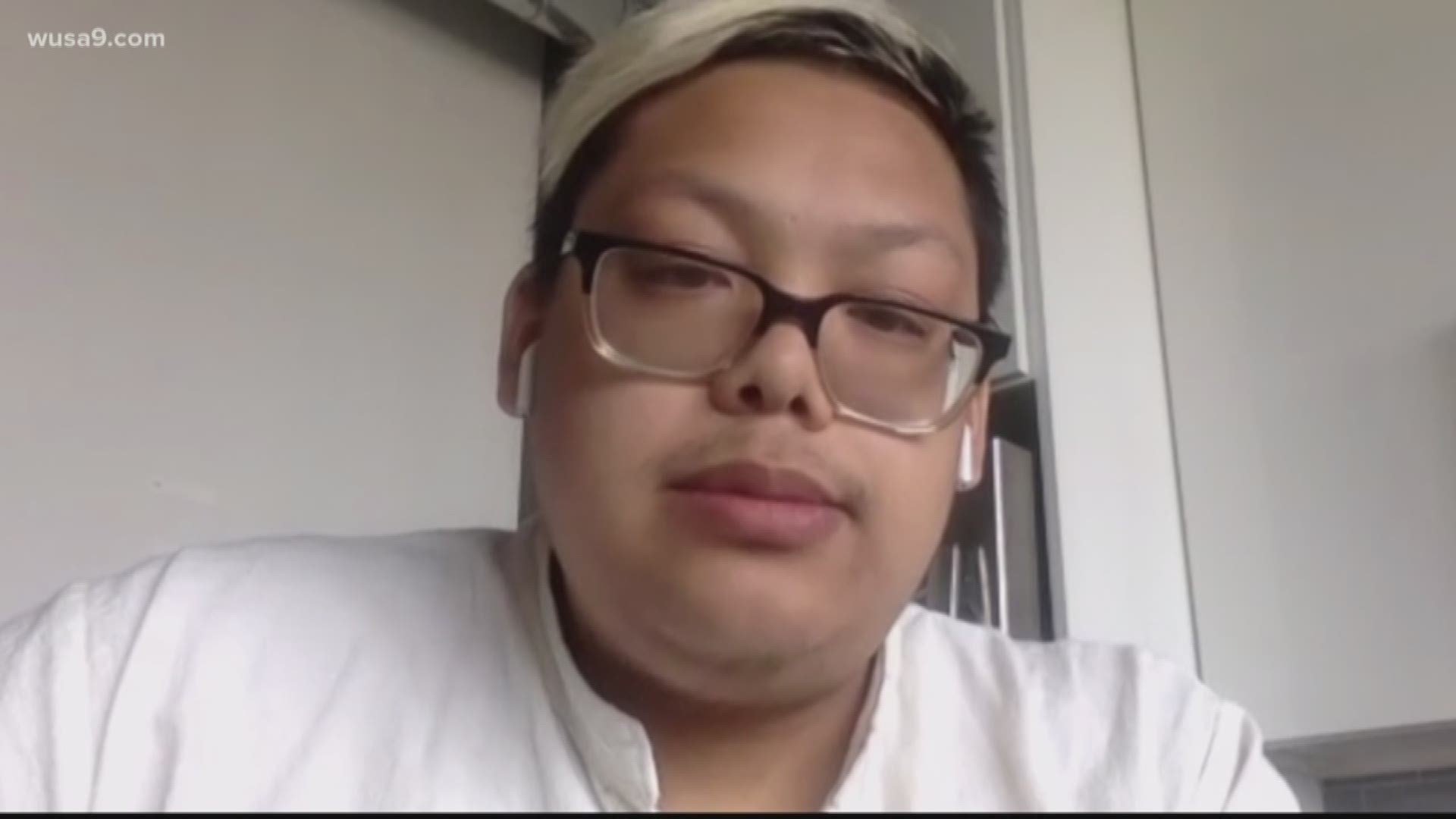 WASHINGTON — It has been one month since D.C. Mayor Muriel Bowser ordered all restaurants and bars to close their doors to dine-in patrons, with the city's stay-at-home order slated to last until at least May 15. According to the Restaurant Association of Metropolitan Washington (RAMW) President and CEO, Kathy Hollinger, 38% of restaurants have chosen to temporarily close, with 62% staying open in a modified capacity. But Hollinger said regardless of operating status, restaurants across the board have seen about a 70% decrease in sales.

"You're really lucky if you're bringing in maybe 20 some percent," Hollinger said.

In an effort to survive the pandemic, many restaurants have pivoted their business models, whether that means only offering carryout and delivery, serving as community kitchens or laying off employees.

"We've had to pivot almost daily," American Son chef Tim Ma said. "We've had to step into different shoes every day. It's all about the pivot."

In 30 days, Ma has transitioned his restaurant from a fine-dining, sit-down establishment to serving a menu of Asian comfort food via pickup and delivery, and then again to only cooking for philanthropic purposes.

"It became a very crowded space in terms of to-go food," Ma said. "As weeks went on, you started to see business trail off, and so we made the decision to turn our efforts to how we can help the community. We partnered with World Central Kitchen ... and Hook Hall Helps to feed our furloughed food and beverage friends."

Ma noted that his number one priority was to take care of his own employees, and said American Son will continue to cook for any of their own furloughed workers, in addition to the philanthropic ventures.

Chef Geoff's owner, Geoff Tracy, counts the moment he had to lay off every single member of his 300-person staff as the hardest decision of his life.

"I'm getting emotional again just thinking about it," Tracy said.

Hollinger said he's far from alone in making those tough calls. She estimates that 25,000 employees in the restaurant industry have been furloughed or laid off in the last month. Nationwide, the industry has lost more than 3 million jobs and $25 billion in sales since March 1, according to the National Restaurant Association.

"Given this industry really had to pivot within seconds to adjust to what the new mandates were, and how they should operate, [RAMW is] focused on being a voice to get them relief, which is most important," Hollinger said.

That relief is coming in many different forms, whether it's a loan from D.C.'s $25 million Microgrant Program -- which the mayor's office said it expects to make 2,000 awards of at least $10,000 -- or by helping them take advantage of freebies being offered from other industries. Shared electric vehicle company Revel, for example, is offering a free month of rides to restaurants so that they can use their own employees to deliver food, and cut out middleman companies like DoorDash and UberEats, who charge a 30% service fee.

"That's no trivial thing when you're trying to manage expenses and cut wherever you can because you know revenue is dropping," Ma said.

The food truck industry faces a unique set of challenges given their lack of a brick and mortar location, or physical address, which most third-party delivery services require. According to a survey by the DMV Food Truck Association (DMVFTA), 90% of food trucks surveyed had laid-off or furloughed their employees and 28% had suspended business.

"The market dropped out beneath us, especially for food trucks, because we didn't have any place to go," Zack Graybill, board chair of DMVFTA, said. "It's turned back to 2010 where we're just trying to find our place in the world again, and everybody is just going out roaming trying to find business."

Rather than congregating near office clusters such as Farragut Square, food trucks are now seeking out condo associations or church parking lots willing to host their truck for an afternoon or evening, or finding residential areas willing to coordinate neighborhood-wide deliveries.

RELATED: Call Your Mother expands to a second location on Capitol Hill during pandemic

Other restaurateurs, like Call Your Mother owner Andrew Dana, temporarily closed in order to give themselves time to come up with a plan of action. But Dana, who has since reopened his restaurants, managed to keep all 144 of his employees on payroll, despite the closure, by relying on the restaurant's rainy day fund and a few creative pivots as well. Dana launched an online experience store, where people could pay for the right to name a sandwich ($1,500), skip the line for a year ($2,000) or buy a dozen bagels to be delivered to a friend ($100). The experience shop garnered nearly $75,000 in revenue.

"The accounts are still going down and we need the paycheck protection program to actually come through, but we've slowed how fast it's going down to be able to keep everyone on payroll while we wait for that loan," Dana said.

Not only has Dana reopened most of his existing restaurants, but he expanded Call Your Mother to a second location. 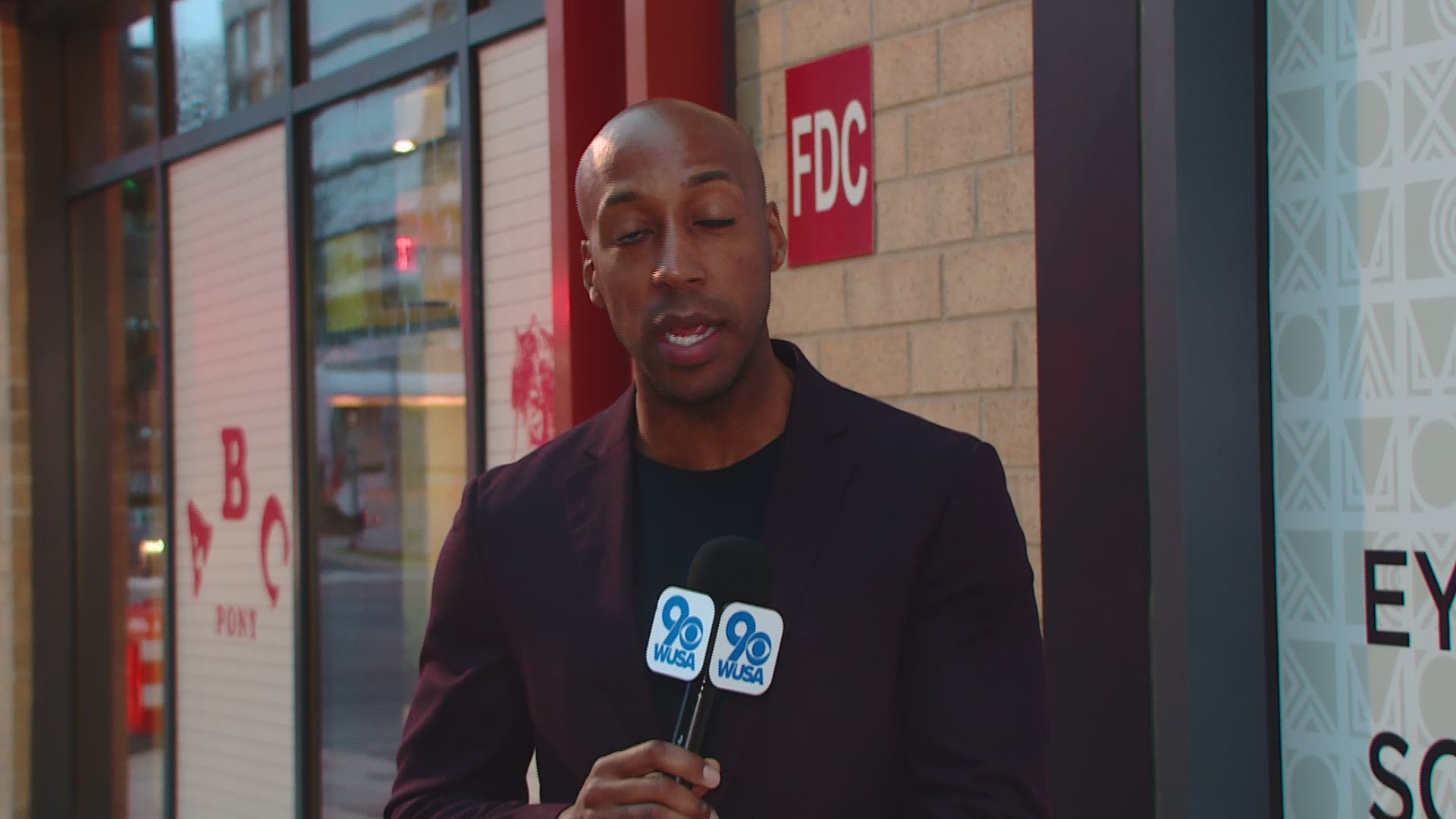 RELATED: This DC chef cooked up a plan to get restaurants back to work, and feed those in need during coronavirus

While the coronavirus pandemic will undoubtedly have a lasting economic effect on the DMV long after we flatten the curve, silver linings are emerging amidst the tragedy. Thankfully, kindness and compassion for one another seem to be at an all-time high.

D.C. created a virtual tip jar for service industry employees compiling the Venmo, Cash App and Paypal accounts of more than 5,000 servers and bartenders so that anyone who wishes to toss some cash their way can.

Chef Erik Bruner-Yang cooked up a crowdfunding campaign called the Power of 10 Initiative, with the goal of raising $10,000 a week from donations, which in turn allows 10 chefs to be paid to cook 1,000 meals for a nonprofit to feed their community.

Chef-turned-humanitarian José Andrés is once again on the front lines feeding those hardest hit by the pandemic through his nonprofit World Central Kitchen. WCK has donated and cooked food for quarantined cruise ship members, delivered thousands of N95 masks to local D.C. hospitals, partnered with Sweetgreen to help deliver 100,000 meals to hospital workers, and turned Nats Park into a community kitchen. To date, they've served two million fresh meals.

So what does the landscape for restaurants look like on the other side of coronavirus? Truly only time will tell, but those that can lean into the pivot, that are willing to adapt daily, and that seek out any and all resources available to them will position themselves to succeed.

"The type of restaurant that will survive this thing may not be the same that went into this situation," Ma said. "I think about it all the time."

RELATED: Here's how you can safely support your favorite restaurant hit hard by coronavirus