A fourth-generation farmer said they've seen a good crop despite a rough start to the season. 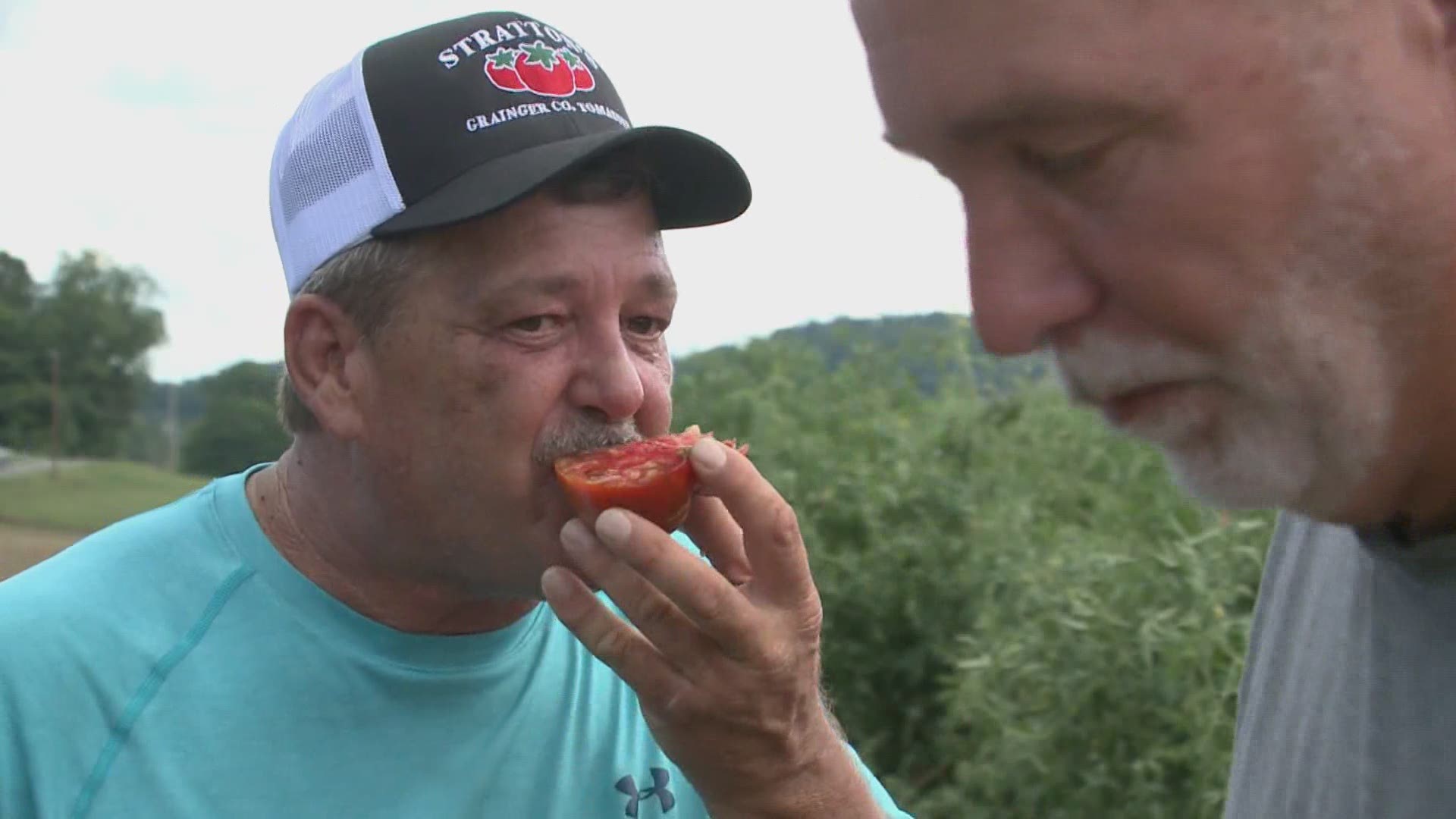 GRAINGER COUNTY, Tenn. — In Grainger County, this weekend would have been the annual tomato festival, and farmers said they're doing ok despite that loss.

"It's the soil.  Yeah, we've had a good crop considering, the cold weather hit us back in the spring with some frost," he said.

"All and all it's been a good season, we have a lot more phone calls than in the years past on everybody wanting to can products you know this year."

"It's affected the local farming here and Grainger County a lot, but it's a good thing because we have a lot more people you know Calling and wanting to buy locally grown produce.  I think people in general now are more focused on buying locally grown produce than ever before."