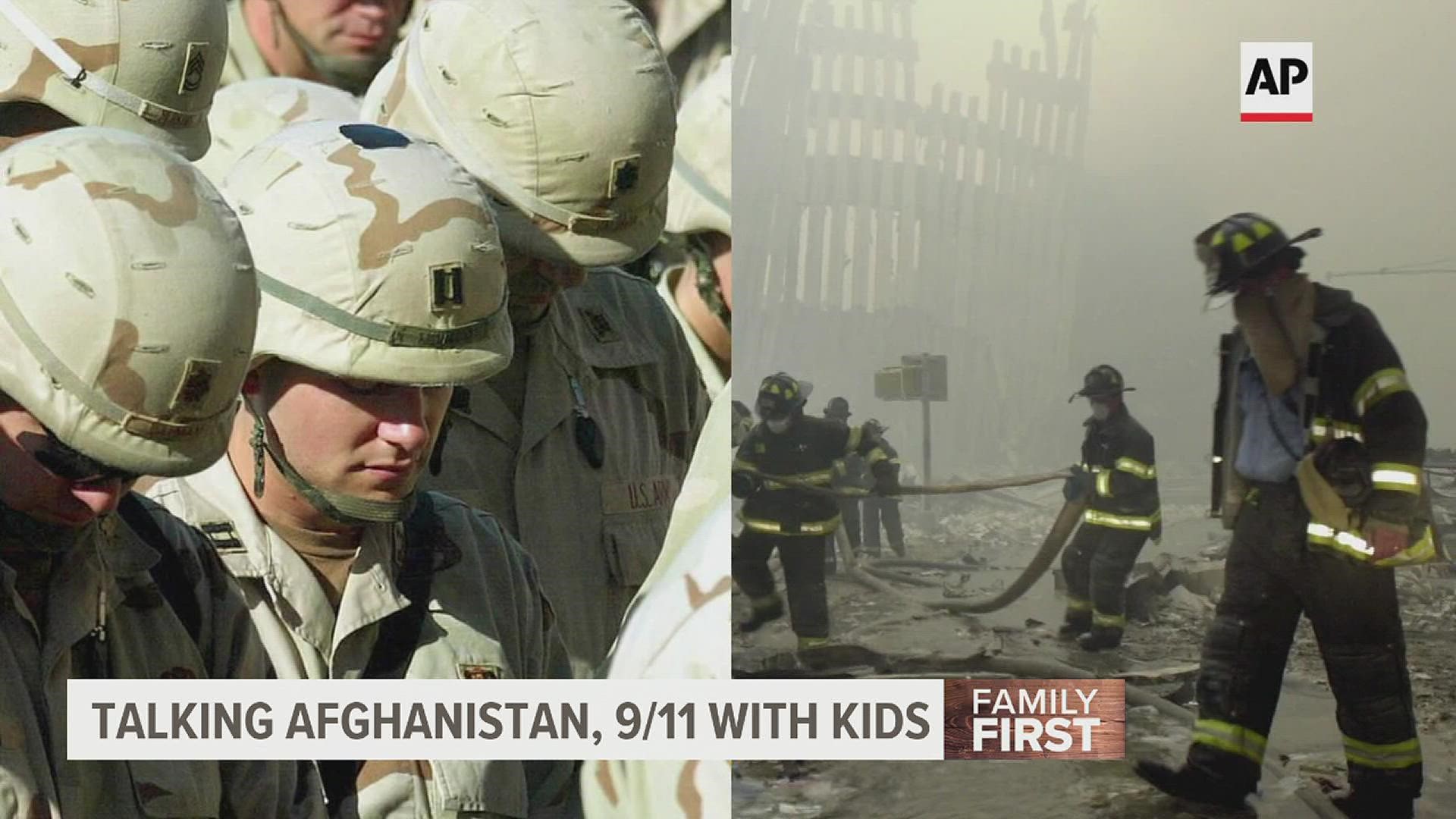 PENNSYLVANIA, USA — From the morning of September 11, 2001 to the last American plane to leave out of Kabul, images from two of the most influential events of the last 20 years are being projected throughout television newscasts and internet articles.

For children who weren't around for 9/11 and don't understand the concept of war, this current moment in time can be confusing, if not scary, according to child psychiatrists.

Doctor Ramnarine Boodoo, a child and adolescent psychiatry specialist with the Penn State Health Network says if your kids start asking about what they're seeing on-air and online, start by being honest with them.

Perhaps just as important as what you say to your child is how you talk to them. Dr. Boodoo says there is an easy way to remember the steps through the acronym SAD OAR:

When it comes to setting the scene, Dr. Boodoo suggests finding a quiet place where you and your child can communicate in private. Then let them ask you questions about what they don't understand. You can then discuss the topic with them. Do so, Dr. Boodoo says, in enough detail so they can understand, but not so much as to traumatize them.

"When it comes to Afghanistan, a number of really bad things have happened. Things like car bombings, executions, beheadings and so on. I would not mention those in great detail," said Dr. Boodoo.

Dr. Boodoo explains children typically can't conceptualize death before the age of 7 years old. It may help, he adds, to describe what has happened over the last two decades in the form of a children's story, which would be easier for them to understand. He described one example like this:

"You may say, listen, 'A long time ago some bad people came here and they hurt good people. And these people, these bad people were helped by other bad people from a place called Afghanistan. So we sent some of our people over there to teach these bad people a lesson they don’t hurt us anymore.

The key, Boodoo adds, is not to overwhelm your child with too much information or material that could disturb a young person. He says to look for emotional cues or other signs they're distressed.

When you're finished explaining, reassure them and let them know that they, and their family, are safe.

It doesn't have to be a solo talk either. Dr. Boodoo suggests including your partner in the conversations if necessary.