10-month-old Amira is from one of the poorest areas in Africa and needs critical surgery that's unavailable in her country. 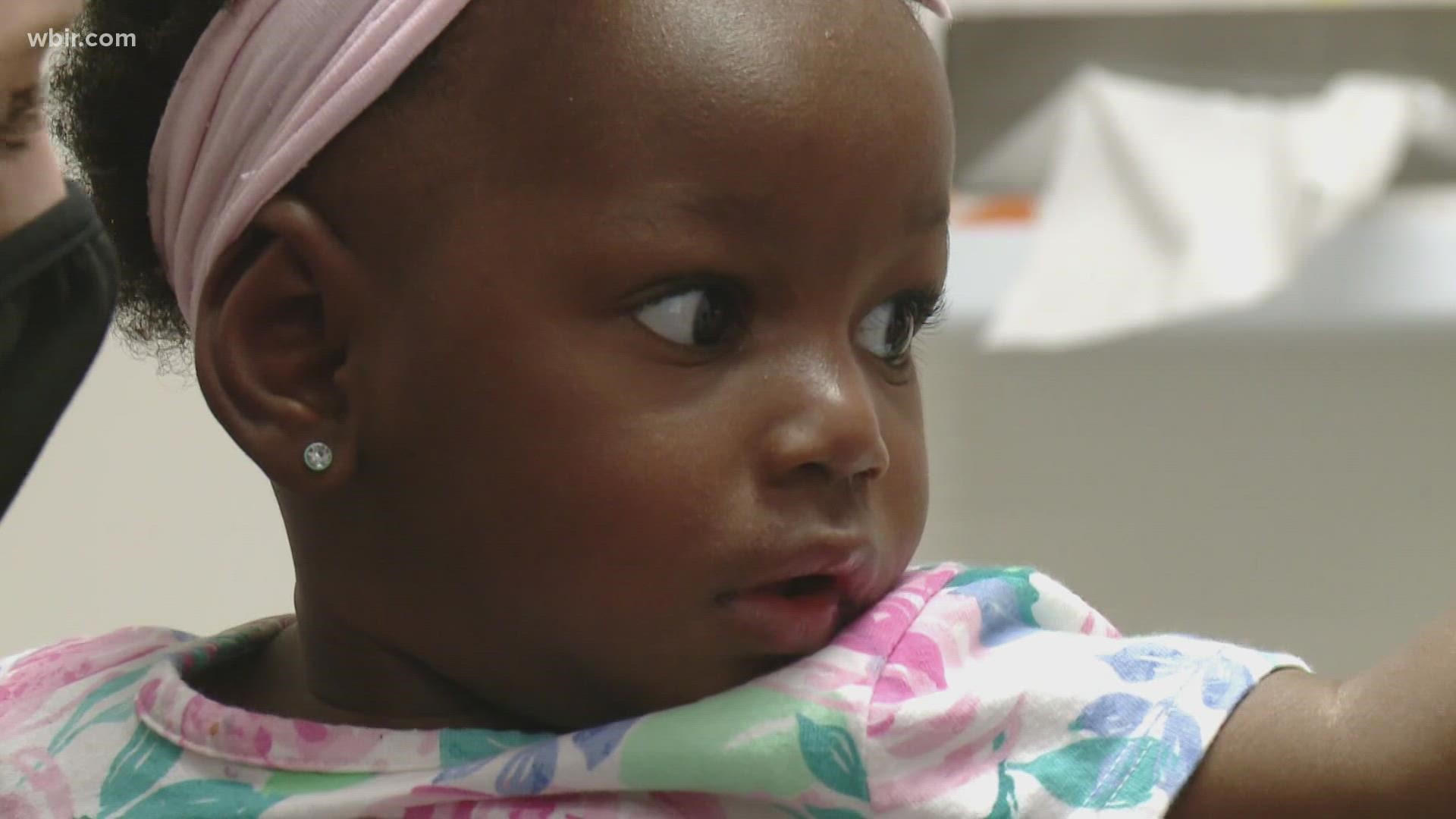 KNOXVILLE, Tenn — A team of local doctors and one foster family are helping change a baby's life.

10-month-old Amira is from one of the poorest areas in Africa and needed a critical surgery that's unavailable in her country. As of Aug. 5, she got the surgery and is expected to make a full recovery. Doctors said the surgery to remove an enlarged kidney was successful.

They were also able to fix a hernia and give Amira a new belly button, according to officials. Her host parents said that she is already feeling better.

With the help of a Christian non-profit, Children's Medical Miracle West, in Ohio, her local foster family was able to fly to Africa in July to pick her up and bring her back to Knoxville.

Tony and LeAnne Hayes believe their calling is to help others, so when someone comes knocking it's hard to say no.

The Hayes were given an opportunity to foster Amira during her trip to Knoxville, which includes a life-saving, free surgery to remove an enlarged kidney.

"They've entrusted this child to us. They don't know us, the country. All they know is the medical care isn't available in their country so they're sending her here," said Tony Hayes.

After picking her up in Ohio, the Hayes flew back into Knoxville. Immediately they formed a special bond with Amira.

"They have mammas and daddies there that love them enough to send them here to get better. It's a blessing to have them here," said LeAnne.

"My goal is to always say yes if I can. It takes a village and I'm lucky because the hospital works with me, surgery center, and pediatrician friends in town especially Dr. Blackmon," said Smith.

All said it's a blessing to be involved.

This isn't the first child Dr. Smith or the Hayes have helped and certainly not the last.

"Whether that's three to six weeks or several months, we've been chosen to love her and bring her into our home," said Tony. "You just hit the ground running. The ultimate goal is to get her surgery done, to get her back home to her parents."

During Amira's surgery, doctors said they could address other areas of concern if needed. Smith said she also has a large umbilical hernia that is another area that may be addressed.

Amira will return to Africa in a few weeks after she has some time to recover.