Whisper and Sassy were separated after being rescued from Louisiana in advance of Hurricane Sally. But they're together again thanks to the Houston SPCA. 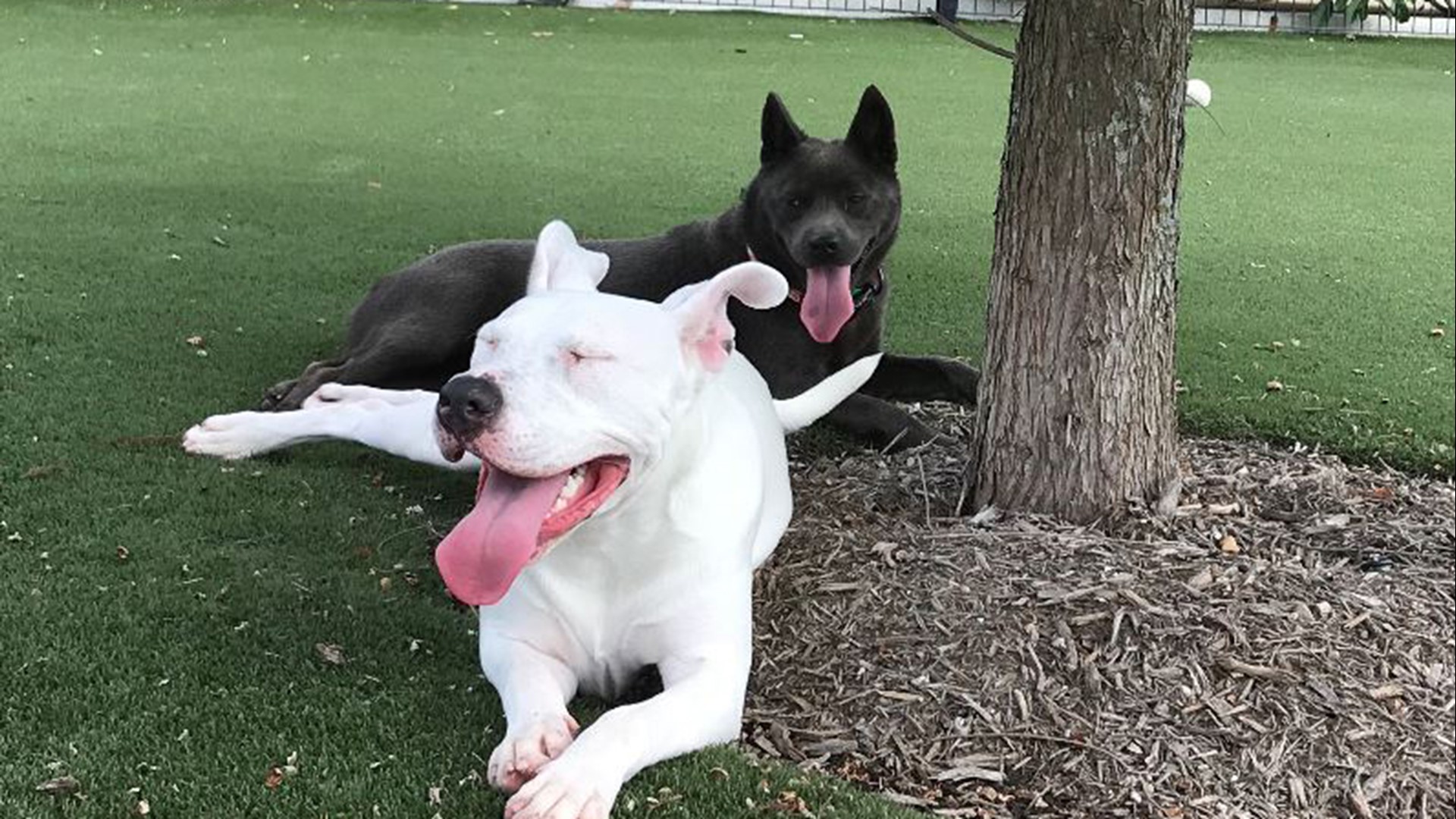 Whisper and Sassy were among 100 dogs and cats rescued from Louisiana shelters Monday in advance of Hurricane Sally.

The Houston SPCA and Wings of Rescue flew to Hammond, Louisiana Monday to bring the animals to Houston and Fort Worth where they would be safe.

One of the dogs that came to Houston is Whisper, a one-year-old hearing-impaired Shepherd mix. The SPCA veterinarian noticed on Whisper’s paperwork that he was bonded with a dog named Sassy that had continued onto Fort Worth.

Animals that are bonded – or besties in human speak – may have a difficult time without each other and can suffer from anxiety and depression if they’re separated.

The Houston SPCA made sure that didn’t happen. They headed to Fort Worth Tuesday and brought Sassy back for a special reunion with her buddy.

Whisper and Sassy were reunited at the SPCA’s dog park for an afternoon of running and chasing each other.

We have 47 new cats and dogs from @laspca and other local shelters on campus with us receiving treatment! We are thankful for Wings of Rescue for their help in getting these animals to Texas ahead of #HurricaneSally. #hounews pic.twitter.com/vSL3bqP2ja

Thanks to @WingsOfRescue, we are bringing in 47 animals from @LASPCA and other local shelters ahead of #HurricaneSally. They are all on their way to be checked out by Dr. Dev and her team, and then on to the next leg of their journey to new homes! 💙🐾 #hounews pic.twitter.com/o3CHMsHQ70