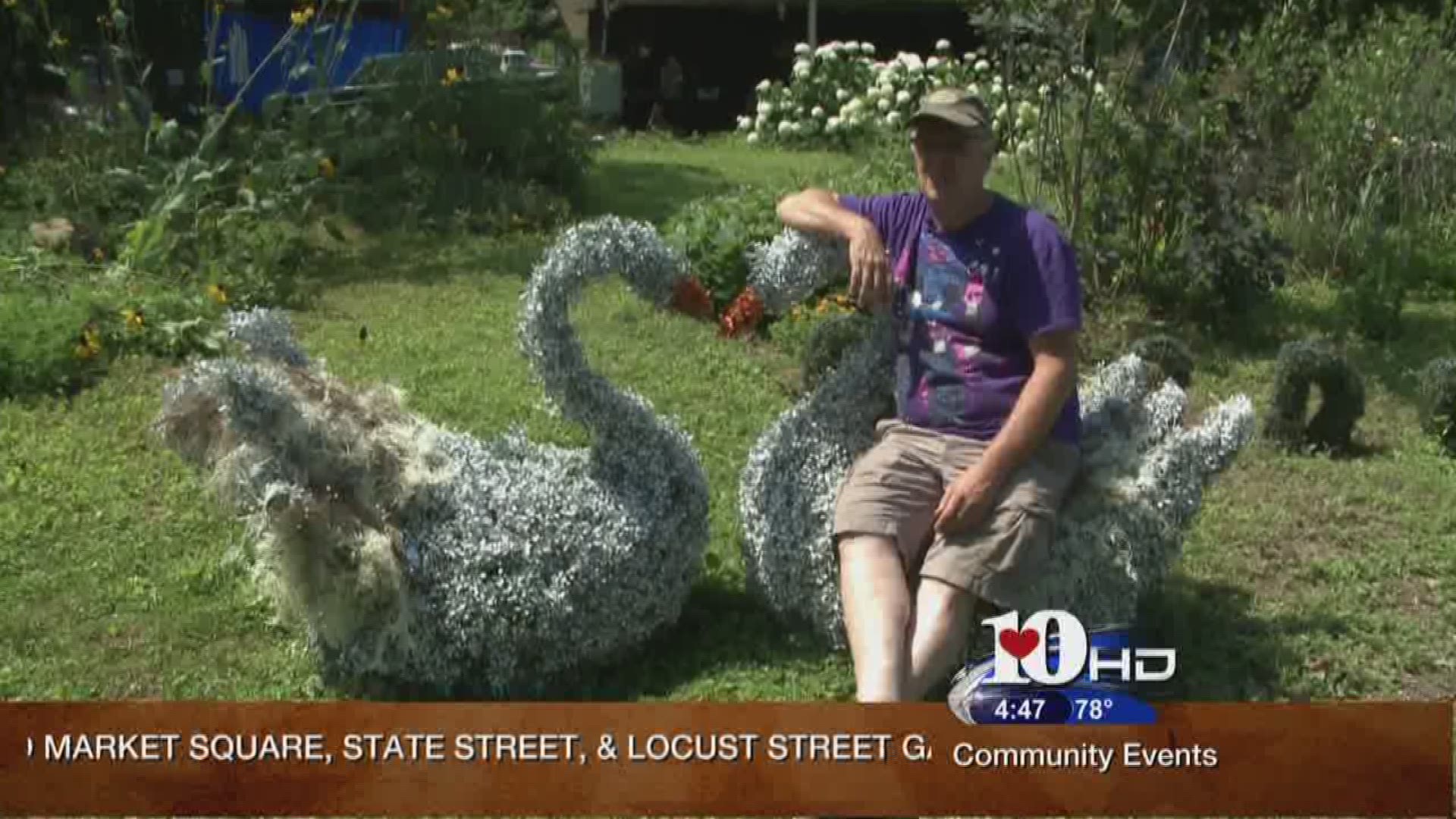 (WBIR-TELLICO PLAINS) Topiary is art that looks like sculpture made of clipped trees or shubbery or trained vines. It is sometimes living and sometimes fake.

In Tellico Plains you a yard full of topiary on the Cherohala Skyway. That yard belongs to Topiary Joe.

Most of those pieces have been sold. But his front yard is a topiary sculpture art garden. He has had a long term interest in plants and topiaries.

"I saw all the Disney topiaries when I was a kid, saw them from the train and thought oh my God those are really cool," he recalled.

As an adult, he worked in horticulture marketing and saw Disney behind the scenes.

"They were stuffing an planting all of these frames of hippopotamuses, Aladdin, here's a Mickey and a Minnie and all this and I was really intrigued and I thought wow I could do that stuff," he said.

His creations did not always look like something at Disney.

"The frames have gotten quite a lot better from the first time I made a deer with the leg backwards and my friends kind of laughed at me after we already finished it and it took me that long to go... oh. They've gotten better," he said.

For two and a half decades making thousands of pieces he has earned the title Topiary Joe.

"One of the larger ones right now on exhibit is in Bush gardens in Tampa there's a 20 foot tall Spirit of Spring lady and she has her arms around a 20 foot lake," he said.

He has a giant topiary couch in his front yard.

"There are so many people that just want to go and sit on it and have their picture taken," he said. "If I'm out in the yard, sure, I'll take somebody's picture on the couch. It's just kind of dangerous standing out in the road."

He said the underlying frames are key. Crews he has trained create them by hand.

"Sometimes after you cover it, it just looks like a green thing and there's just so much more work that that," he said.

"There are rabbit at a conservatory in Nashville that are 22 years old now. The lady plays with them every day of her life and she just loves it," he said.

He builds most of his topiaries at his home in Tellico Plains but he makes about 20-percent on location.

"If it's something too big to ship or if it's something too far away, you know, if I'm in a different country. I've been in Dubai and we had to build a Ferrari Formula One car," he said. "Which was neat building in a Ferrari shop in Dubai but it was hotter than hell. That is a sandbox and it was like 96 degrees when I got there at 11 pm and it didn't get much cooler than that."

Topiary Joe makes some pretty cool topiaries. They are everywhere from England to Chile to Ireland and beyond. And they are also in Tellico Plains, from the dragon at museum to new installations on signs all over town and in his own yard on the Cherohala Skyway. You can take a picture from across the street.