The 'Even Stevens' actor thanked the officer during an acceptance speech after winning a screen writing award for his autobiographical film "Honey Boy." 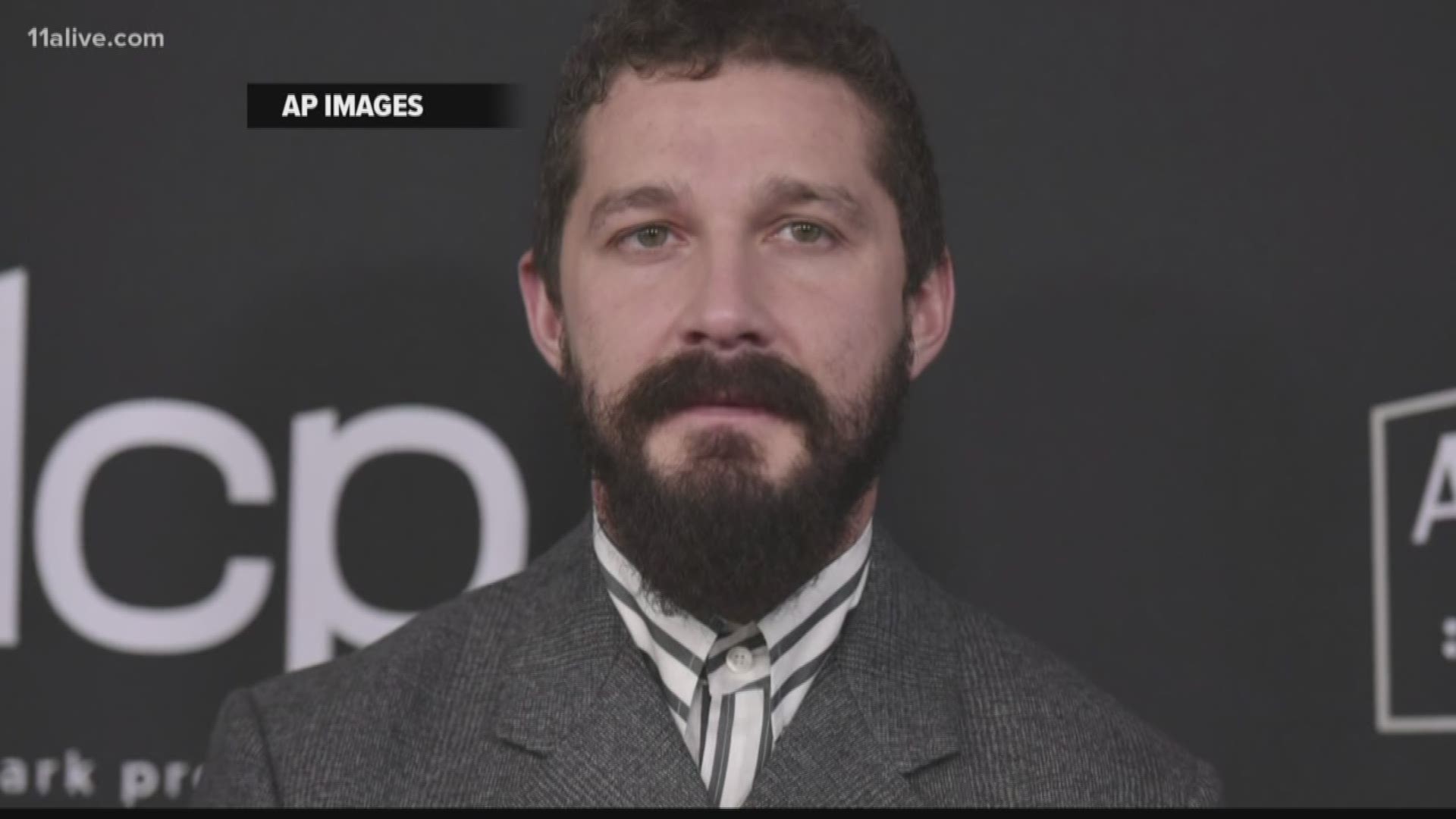 LOS ANGELES — When Hollywood stars win awards, they typically thank the usual list of people: God, their parents, and, of course, their agent. But actor Shia LaBeouf is getting attention for thanking a Georgia cop who arrested him two years ago.

During Sunday night's Hollywood Film Awards in Los Angeles, the "Even Stevens" actor thanked the Savannah Police Officer for arresting him while he was drunk in public back in 2017.

Viral body camera footage of the then 31-year-old's arrest showed the actor hurl profanities and vulgar language at the officer, after he was denied a cigarette by a bystander. Police arrested LaBeouf, who was there to film the movie "The Peanut Butter Falcon," on charges of obstruction, disorderly conduct and public drunkenness.

Two years later, LaBeouf thanked the officer during an acceptance speech after winning a screen writing award for his autobiographical film "Honey Boy."

"I want to thank the police officer who arrested me in Georgia for changing my life," he said during the speech.

LaBeouf, who tweeted an apology shortly after the public arrest, said he entered rehab and turned his life around.

RELATED: Shia LaBeouf tweets apology: 'I am deeply ashamed of my behavior'

USA TODAY reports the now-sober 33-year-old actor spent the time during his court-ordered rehab to write the script for the movie. After thanking the officer, he thanked his therapist and sponsor for "saving my life."

The Savanna Police Department responded to the shoutout in the speech on Facebook, saying, "we take our kudos where we can get them," the department wrote.

"Congrats on the award, Shia! We hope this didn't scare you away from Savannah."